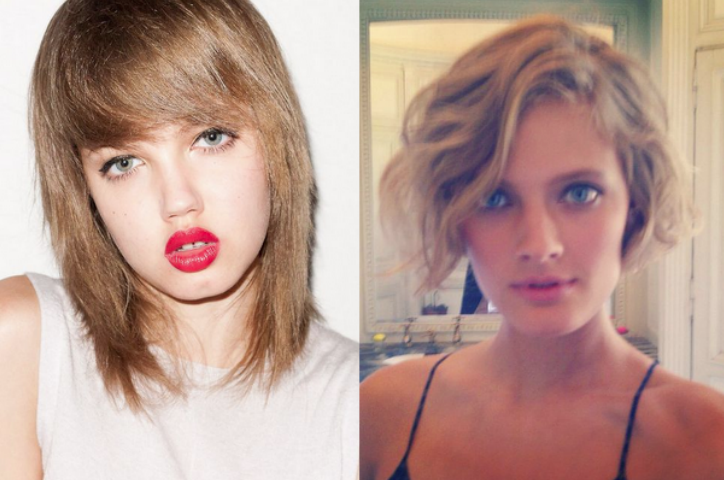 The minute Karlie Kloss cut her hair into a bob, the beauty industry was sent spinning. Since then, countless celebrities (and some of us real people, too) followed Karlie’s lead by drastically changing up their hairstyles. We’ve watched as stars like Jennifer Lawrence and Julianne Hough dominate the red carpet with their bob haircuts, making everyone in the world question their own hairstyle.

Lately, models have been making chops and changing their looks. In the past, models were forbidden from touching their hair for fear of ruining a possible fashion show or campaign, but with the extensions and hair products of today’s day and age, there’s no telling what these girls will do. This week Lindsay Wixson made the cut towards choppy layers and bangs, while Constance Jablonski went for a short, texturized bob haircut. We’re seriously digging one of these haircuts, while the other one not so much. But, we want to hear what you have to say about the latest new haircuts in the modeling industry. Take the poll below and tell us: Lindsay or Constance?