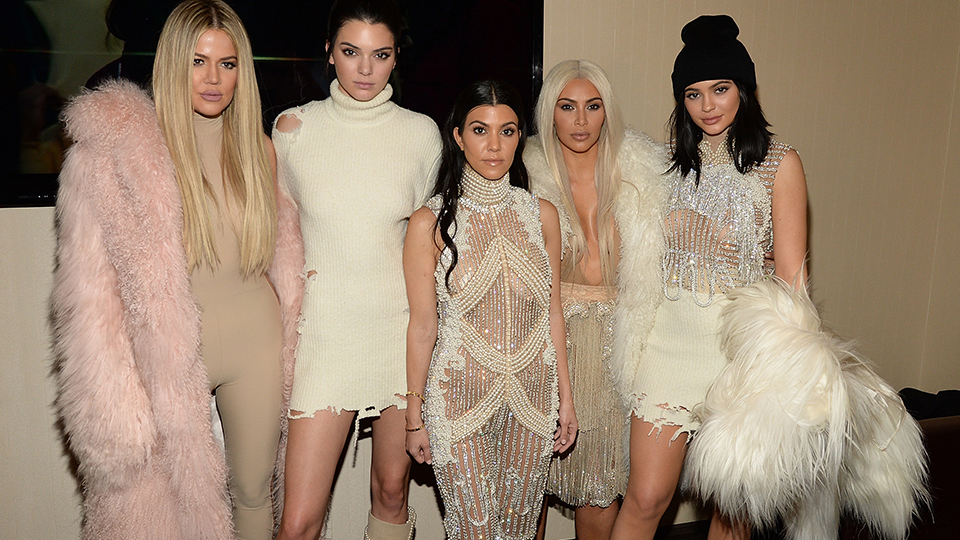 It starts with Giorgio Armani Luminous Silk Foundation. Not only is it Kim Kardashian’s favorite for her own purposes, but Mario Dedivanovic and Joyce Bonelli, both of Kim’s long-time makeup artists, have used it as the base for her red carpet looks since her preferred Armani Shaping Cream was unceremoniously discontinued. Spurred forth by the reality star’s consistently poreless, dewy skin—if not her unfortunate misspelling of Mr. Armani’s first name—under even the harshest hi-def camera lighting, I try the foundation. Naturally, I love it.

Why did Georgio Armani discontinue my favorite foundation??? I'm on my last bottle & everyone I know uses this!!! Please make it again!

Then it’s Yves Saint Laurent Rouge Pur Couture in Le Orange, the warm, bright poppy red that’s Kourtney’s go-to. After that comes Lancôme Hypnôse, another Bonelli pick for the above-and-beyond lashes the Kardashians are known for, and then the Anastasia Beverly Hills Dipbrow Pomade that Dedivanovic used to give Kim sleek, sculpted lashes on her (second) wedding day. They are all great.

MVP goes to @kimkardashian for hanging with my crazy Disney obsessed self for 12 hours of major madness. #Disneyland

Soon thereafter, while shopping for a bronzer at Sephora with my phone in hand and “khloe kardashian favorite bronzer” open in Safari, I am confronted with the truth: I, of all people, am all caught up in the cogs of the Kardashian machine. Or rather, the Kardashian makeup machine. Their recommendations are no different than any other celebrity recommendations, but for some reason I take theirs to heart. I believe it when Khloe says she loves a certain highlighter. I believe it when Kim says she uses Neutrogena cleansing wipes to take off her makeup every night.

Maybe it’s because they always look so damn good—and really, they do! Their skin glows, their lashes extend high enough to touch the heavens, their hair is so goddamn voluminous. But they’re also open about the fact that it takes a village to make those things happen, and with the village comes a lot of really, really good makeup.

To wit: Khloe posts this photo to Instagram. It’s blurry and grainy to the point that you can barely discern her face, but somehow the streak of highlighter across her cheekbone still looks magical. Before we can wonder which formula is responsible for it, she tells us—it’s Anastasia Beverly Hills Illuminator. I, and millions of other Kardashian fans incidental or otherwise, have tried it, and it is easily one of the best powder highlighters on the market.

The Kardashians are just about as divisive as celebrities can get: One either obsesses over their every move or avoids them like the plague (or tries to, at least—they’re everywhere). But if there’s one thing I can appreciate about them, it’s their extremely strong beauty game, and how willing they are to share the many, many secrets behind their glamorous looks. Seriously, no Kardashian has ever claimed to be natural.