When I walked into the calm atmosphere of Jenny’s Beauty Supply in Dallas, it was a far cry from the cramped stores I visited as a child. I saw people who were in between hairstyles and others who had clearly just finished a work shift. Very few wandered aimlessly. It seemed as though the majority of patrons had clear intentions. A new wig, a pack of hair. My intent was clear as well. Before this year, I had never installed my own kanekalon hair, a synthetic fiber that replicates kinky textures and is worn everywhere from the red carpet to fashion week runways to my own neighborhood.

Instead, I sat between the legs of someone else, who would intertwine it with my natural hair to craft thick, golden cornrows and micro braids, respectively. However, a recent move inspired a change to match my new environment. So after looking at old photos of TLC member T-Boz, I knew I wanted to pay homage. 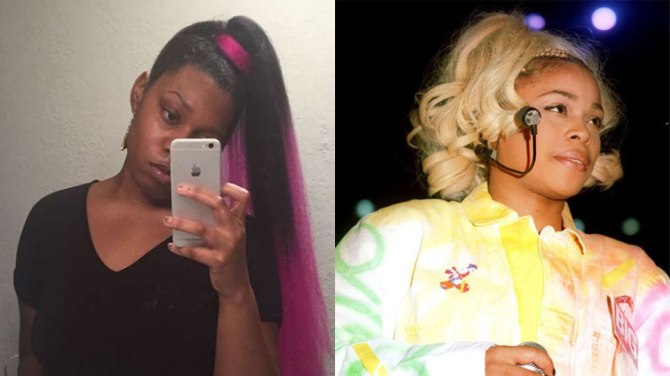 In the midst of my impulse transformation, I realized just how second-nature a trip to the store for kanekalon hair
had become not only to me, but the Black community in general. Though it isn’t exclusive to our culture, most assumed it’s a Black innovation because we invest in it the most. Even if we aren’t responsible for its creation, its legacy started with our demand for it. And as with most trends started by PoC, kanekalon hair is entangled in both celebrated pop culture moments and oft-repeated controversies, the latter of which is still exacerbated by the fashion and beauty industries today. 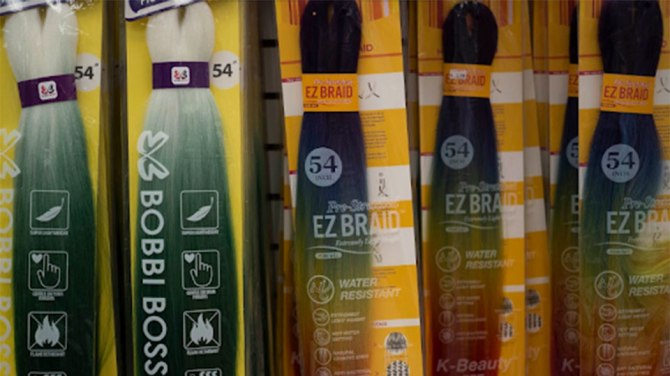 Its origins are muddled, to say the least. Though it’s most closely associated with and bought by Black women, its original purpose may have had nothing to do with textured hair. Some say that kanekalon was intended to be a wool alternative when it was initially created in the 1950s. However, a more widely-known origin story is tied to the uprising of Korean beauty supply owners, who cornered the industry in the 1960s and were meeting demand from its majority-black consumers. According to In-Jin Yoon’s book, On My Own: Korean Businesses and Race Relations in America, 1967 is a more accurate birth date. And once more beauty supply chains started profiting from it, Hollywood wanted a piece of the pie, too.

By the mid-1970s, the fashion and beauty industries weren’t just utilizing the synthetic fiber for magazine shoots and the runway. They began creating brands of their own, too. It became normal to see Kanekalon wigs sold through ad placements in Ebony and worn by white consumers. For example, most forget that Lauren Hutton was the face of a Kanekalon brand in 1972.

The irony of its rapid and lucrative trajectory is that the most popular Kanekalon options were poor replications of what Black hair looks and feels like; the hair attached to women who helped make it a hot commodity in the first place. So when Black supermodel Naomi Sims retired from the runway in 1973, she utilized her status to create Kanekalon Presselle, one of the few brands to curate products that accurately matched the hair of the consumer.

According to Sims in a 1980 interview with The Washington Post, 40% of women buying wigs were Black women, which all but confirmed the quality of the supply definitely didn’t meet the demand. There was also the influence of Sims’ own modeling career, which helped inform her post-retirement move. Oftentimes, she was tasked with doing her own hair or equipped with wigs that looked nothing like her own. Instead of settling, she mastered a recipe that would become the blueprint for her company years later.

“I bought several Caucasian-type, silky-haired wigs, wet them with setting lotion, rolled them with steel rollers and put them in the oven…I baked them at about 175 degrees for about 15 minutes and when they came out they looked like black straightened hair,” she shared. According to The Entrepreneurial Spirit of African American Inventors, Sims’ products became best-sellers and helped secure kanekalon’s spot as an enduring haircare staple. In other words, the investment of a Black woman once again helped propel the staple to new heights.

By the 1990s, it had settled into its legacy and become synonymous with pop culture moments we still fawn over today. For example, Janet Jackson’s box braids in Poetic Justice (1993) are just as popular as the movie itself. The hair used to create Jackson’s ‘do was likely Tiara II, a range within the Kaneka haircare line created nearly 15 years prior. 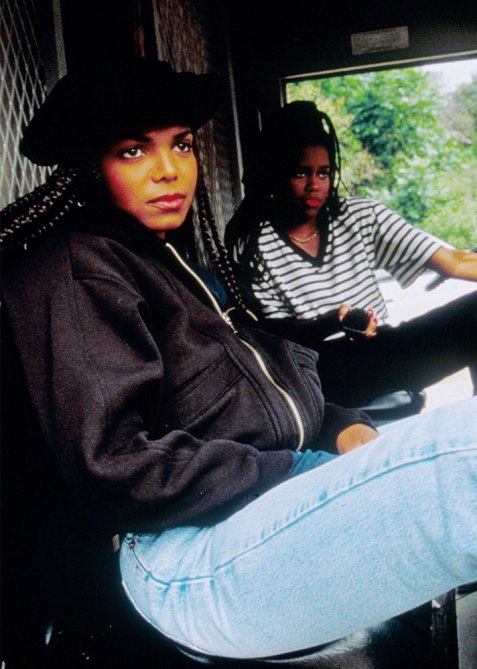 With a legacy clearly elevated by Black women, it’s sadly unsurprising when credit is given to those merely influenced by something they had no hand in creating, especially in the social media era. For example, when Kim Kardashian’s crimped kanekalon ponytail and slicked baby hairs were featured on Vogue’s website in March 2019, it was described as “modern” on Instagram. In other words: complete erasure of the people who innovated and wore the style decades before. Thankfully, social media has made it easier to challenge the people and spaces who make such assumptions.

In response to Vogue’s ratioed tweet, Twitter user named Micah Nicole shared four photos of Nicki Minaj, Rihanna, Beyoncé and Janet Jackson wearing a similar look months or years prior and from there, others used to opportunity to co-sign her annoyance with media’s misinformed takes on beauty. Similarly, Ariana Grande has been accused of wearing kanekalon braiding hair, though she maintained her hair is simply crimped.

But unlike celebrity hair moments, the runway has been more definitive in its borrowing of looks rooted in the Black community. For instance, white models were fashioned with jumbo, blonde kanekalon braids and baby hairs for the Blonds’ Spring 2015 NYFW show. The hairstylist called the hairstyle “madness”, which many rightfully took as offensive.

Of course, for every snafu is a celebration that feels like a healing balm. The random, but joyous DMX challenge was one of the more recent and unexpected tributes to the beauty supply staple. Using the rapper’s classic “What These B–tches Want” second verse, where over 40 names are recited, social media users (the majority of which were Black women) made mashup videos that showed various hairstyles syncing with each name.

“I’m 16 and hair is one of the ways I express myself. Especially in braids. You have..Passion, Havana, and Marley [twists], [and] twists that are put into a bob,” Twitter user Abygail Metellus told me in the midst of the challenge. “Then you have the actual hair…My favorite color is purple, so you will always see me in purple. But never the same hue – [I like] dark purple, plum, lavender, and ombré. I constantly change my style and never look the same although I always have the same color in my hair…”

Oh! Virgin Hair owner Jasmine W. also shared the ways she wears kanekalon, writing “I use it for a ten minute ponytail, a long Rapunzel braid, twin buns, or a braided bun! When I have no time to play and I still need to slay, [I] just lay a ponytail out and pop that bad boy on.”

Fleeting viral moments like these have a way of highlighting just how intertwined–in this case, both literally and figuratively–certain products or looks have been integrated into our culture. Kanekalon hair is undoubtedly one of those things. Though its genesis and eventual advancement are arguably multicultural, no one has embraced and invested in it more than the Black community. And regardless of what hair innovations are created in the future, it will be impossible to divorce from our rich history.

A version of this story was published in September 2019.