Spend 22 minutes with Jenny Mollen (or even just a few on Instagram Stories) and you’ll see: The New York Times best-selling author is a real one. She’s the girl who, yeah, tricks her kids into doing what she wants—but is also totally upfront about it. She’s also the one who will talk you off the ledge when considering back alley injectables during a pandemic.

Of course, The Live Fast Die Hot author is known for her brash humor and intimate overshares (a recent headline: She and husband Jason Biggs are ‘Having More Sex’ in Quarantine), so it’s not like her zero apologies approach exactly surprised us. But when talking with the Botox Cosmetic ambassador by phone, we learned something totally unexpected: Mollen takes a surprisingly sober approach to self-care. Sure, spa days would be nice, but our girl really effs with a do-the-work ethos instead. See how she leans on all kinds of exercise, a caffeine recalibration, and troughs of veggies to keep her head (and that straight-shooting wit) running at full speed, below.

On Beauty Treatments That Make Her Feel Like Herself

“I love Bioeffect EFG Serum and I recently bought some Crème de La Mer for the first time so now I’m officially an older woman because I feel like once you start using La Mer, that’s the marker. 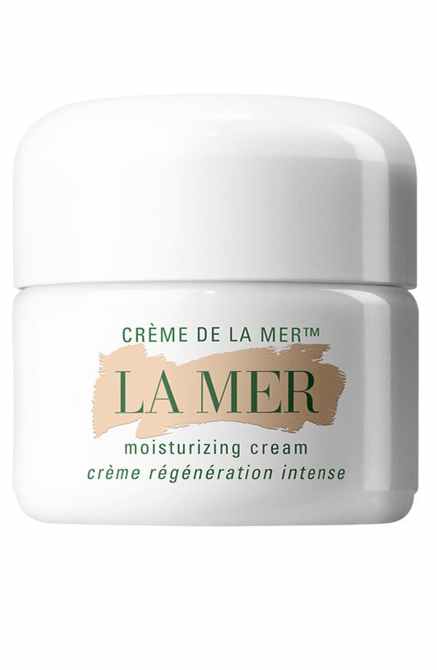 Really, I’ve realized I don’t need a lot of the beauty stuff that I was doing before the pandemic. There were so many things that weren’t helping. Others felt like just another thing for me to feel like I was staving off aging and give me the illusion that something was happening. So there are things that I probably won’t ever go back to again in my life, but I definitely missed the Botox.

I started getting Botox at 29 years old and it’s one of those things that makes me feel like I’m getting back to my old self. I can go in there and actually take care of those pesky frown lines. It’s the one thing I’ve done, actually, since quarantine. I haven’t colored my hair. I haven’t had a manicure since 2019, so Botox for me is the one thing where I’m like, ‘you know what?  I’m not loving looking at these lines. This will make me feel a little bit more like myself.’ I don’t mind that I looked like a disheveled mess because I’m a writer and I’m used to being in my pajamas and having messy hair and coffee all over me, but I didn’t like seeing these lines that I hadn’t been in contact with for years. It was definitely a game-changer to get back in there and vanquish some of those guys. I felt great after I got it recently. I’m like, ‘OK, now we’re cooking with gas.’ I might even be ready to try on jeans again soon.

I was actually very fortunate with the Botox in terms of timing and the pandemic. I had just received treatment a little before the pandemic to where I was in a good place. Some of my girlfriends were so desperate for it. They were like, ‘I will meet you in the park. I will give you any amount of money, just come inject me.’ People were ready to press their foreheads to mailbox slots on their door at home. They’re like, ‘it doesn’t even matter who’s on the other side, just somebody give it to me.’ I can’t tell you, especially because of my working with Botox Cosmetic in the past, how many texts I got. I was like, ‘Guys, I don’t have Botox just sitting around my house. I’m not a dermatologist.’ And they’re like: ‘Tell me where I can get some, now.’ These women were tripping! I was out in the Hamptons, so you can imagine.”

Sneaking In Self Care

“Self-care has always been about taking care of myself mentally as well as physically but in 2020, the ability to do some of those things has changed. I used to swim every other day but I don’t know a lot of pools that are open so I haven’t been doing laps lately. I have had to find different ways to achieve the same outcome, whether it’s yoga at home or running on the West Side Highway in NYC. I’ve had to make other adjustments: I have to be careful of how much caffeine I consume during the day because now, if I’m left alone with my thoughts and too much caffeine at night, then it’s hard to shake it all off.

If I had a block of self-care time, I would soak in a magnesium bath, gua sha my jaw, maybe try to give myself acupuncture, who knows. I could really do a deep dive into self-care if I had four hours’ time.

In reality, It’s all a juggling act. When I watch TV with the kids, I try to lay in an infrared blanket to have a sweat. Sometimes, I’ll bring the kids on a walk with me where we run half the time. That’s a trick I learned from my father, who’s a big runner. He would always say, ‘come on a walk with me’ and then it would end up being six miles, half of which was jogging or skipping. Now, I do the same thing. If it’s for good reason, I’ll fully manipulate my kids. I’ll say, ‘let’s go on a walk to Rite-Aid and see if they have any new Pokemon, but really it’s like, ‘they don’t, so let’s just continue on the walk.’ I’ll say whatever I have to say to get them out of the house. That’s half the battle: just getting them dressed and out of the house.”

On Running for Creative Juju

“I try to exercise in the morning before I start writing, but sometimes it’s even about getting up and walking around the apartment when I’m sitting in front of the computer for the day. I also really like this app called B The Method by Lia Bartha from my friend Lia Bartha. She’s a Pilates teacher and uses this ball in her sessions. It’s just an interesting workout and I love what she’s doing — it’s a lot of abs.

Exercise is so mental for me. I grew up in a family where that was a very big part of our life and I was older before I realized that not every kid had to wake up every day and go on a treadmill. My family is full of serious workout enthusiasts, so part of it is just routine and what I know. The other part of why I love exercise is for what it does for me mentally, especially with writing. I really have to run or do something to kind of get myself into that creative headspace and so that’s what I use it for.”

On The Best PM Reads

“I like to read before I go to bed at night and oftentimes it will be something spiritual or grounding, food for thought. Recently, I read White Fragility. Now, I’m reading Untethered Soul and a Henry Winkler book, which I read to my son, called Alien Superstar. It’s about an alien who becomes an actor who works at the Universal lot. It’s a good balance.”

On Nourishing Food and Comfort TV

“I like to eat a lot, but I like it to be healthy food. Lately, I’ve been all about these trough-sized salads that are big enough to swim in. There’s never enough salad. In the Hamptons, I was going to the farmer’s market and making these giant salads. [My husband] Jason was like, ‘what is this? I don’t want any of that. That does not look good at all.’

Jason and I watched the whole season of Indian Matchmaking. I loved it. I’m a big fan. With everything going on in the world, this was just such a great departure. I was like I don’t have to care what happens. Maybe these people will find love, maybe they won’t.”