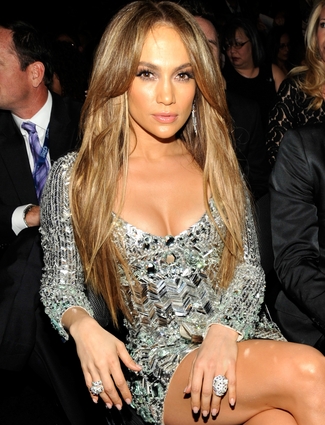 Jennifer Lopez is reportedly selling all of the gifts (yes, that includes jewelry) that she received from soon-to-be-ex husband Marc Anthony during their seven-year marriage.

Try on Jennifer Lopez’s hairstyles in the Makeover Studio

With the exception of her twins’ bedrooms, Jenny has been purging Marc’s presence from her block since their split. The singer/actress is tossing photos, clothing, and any other presents her former hubby threw her way during their relationship. But Lopez is nothing if not a businesswoman, so she’s not letting go of her abundant baubles sans profit.

This is apparently how JLo rolls during a break-up. “When Jennifer moves on, she totally moves on,” a friendly source told a Chicago newspaper. “It was true when she split with Ben Affleck,” who got down on one knee back in 2004 with a $1.2 million Harry Winston that JLo later sold back to the jeweler.

A word to the wise, Casper Smart: don’t gift your new girlfriend any diamonds. That’s one investment you’ll never see a return on.