We’re not even a week into June, but Jennifer Lawrence wasted no time getting into her summer look. The 27-year-old actress, who is known for her long, beachy waves, recently took a pair of scissors to her past-the-shoulders hair and the result is a chic lob appropriate for the warmer days ahead.

Riawna Capri,a celebrity hairstylist for Nine Zero One Salon in Los Angeles, took to her Instagram on Sunday to show off Lawrence’s much-shorter hair. The Instagram featured Lawrence with a shoulder-grazing lob. Capri, who has also worked with stars such as Ruby Rose and Julianne Hough, styled Lawrence’s hair in her signature tousled waves and also touched up her hair color, which looked like a lighter blonde than her usual brassier color. This babe is back to short ✂ #JenniferLawrence #CutColor#MeReeCapri xx,” Capri wrote in the caption.

MORE: The Best Celebrity Hair Makeovers of 2018 (So Far)

Lawrence first debuted her haircut last Wednesday when she attended the BAM Gala 2018 honoring her ex-boyfriend and director Darren Aronofsky, among other filmmakers. Lawrence paired her new ‘do with clean, slim-fitting white dress which allowed her haircut to shine. 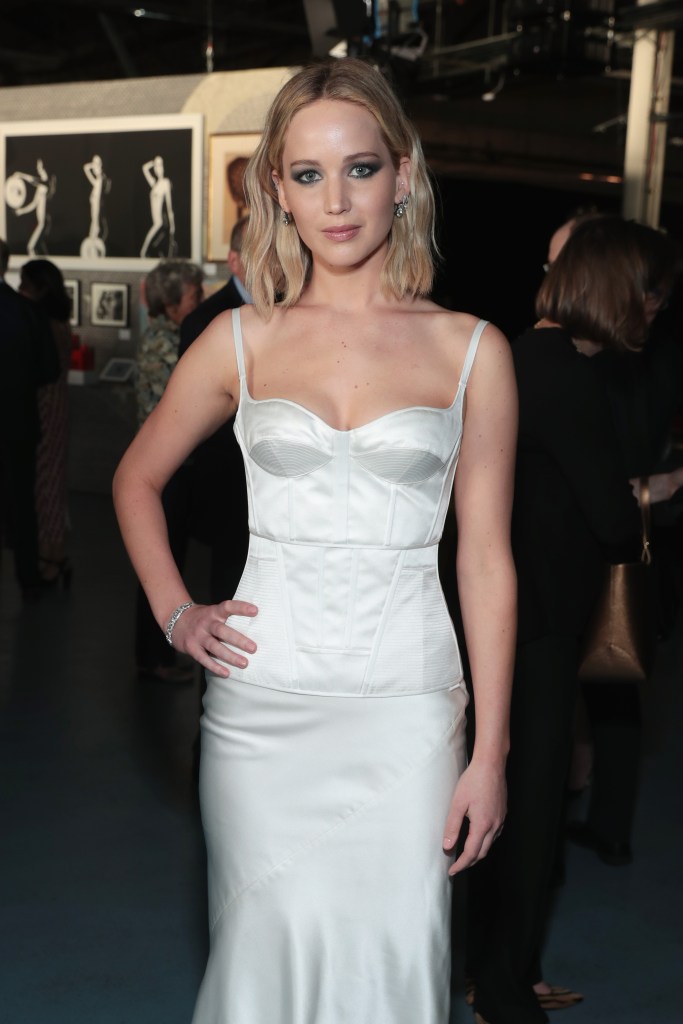 MORE: 20 Female Celebrities Who Have Slayed with Both Blonde and Brunette Hair

There’s no doubt that lobs and bobs are trendy among celebrity (take a look at how many stars debuted them last summer), so we expect other famous heads to follow suit. Loving the look, J Law.