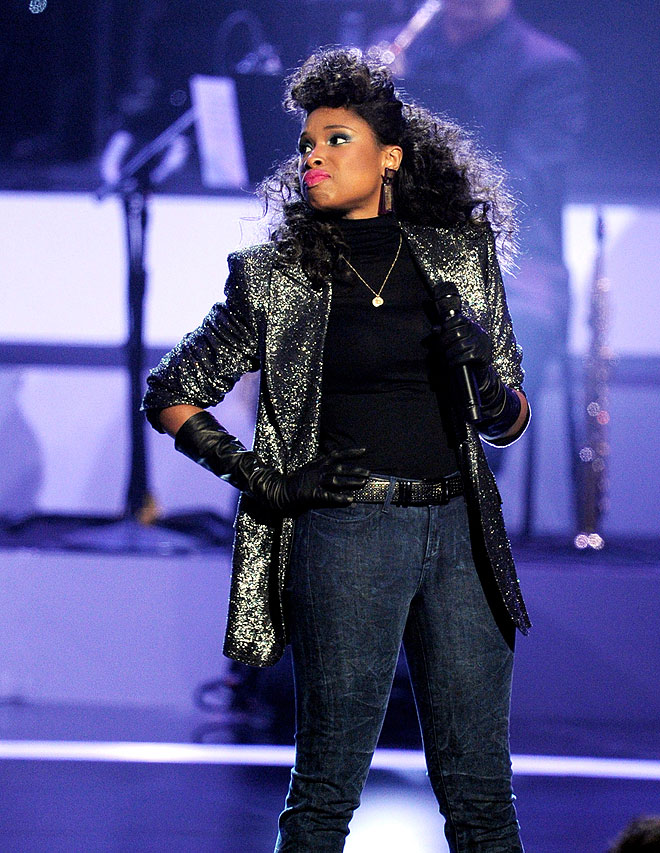 Last night, Jennifer Hudson paid the ultimate tribute to her late mentor Whitney Houston — by channeling the superstar’s iconic 80s hair! The singer performed a three-song medley of Whitney’s hits, including “I’m Every Woman,” “How Will I Know” and “I Wanna Dance With Somebody,” at a taping for an upcoming tribute TV special.

Jennifer’s poufy half-up hairstyle was a modern take on the look Whitney wore in her 1987 “I Wanna Dance With Somebody” video — which, as far as I’m concerned, is one of the decade’s most iconic hair moments. The Academy Award winner and former American Idol also paired her curls with 80s-inspired makeup: a poppy pink lip and electric green eye shadow (thankfully, she skipped the era’s stripy warpaint blush, a move that kept her looking contemporary).

Twinsies! Whitney in the video for “I Wanna Dance With Somebody” and Jennifer Hudson at a tribute to the late singer.
Photo: Getty Images

You’ll have to wait a few more weeks to put some sound to Jennifer’s visuals. We Will Always Love You: A Grammy Salute to Whitney Houston, will air on Nov. 16. So instead, why don’t you watch Whitney’s original video right now? Happy Friday!

What do you think of Jennifer Hudson’s beauty tribute to Whitney: adorable or what? And are you maybe getting inspired for Halloween? (My only request: If you dress up as ’80s Whitney, you’d better share pics on our Facebook page.)