Jenna Dewan Tatum is the latest celeb to experiment with bangs, at least for a spell. The 35-year-old actress stepped out at an event in L.A. late last week with her faux fringe, which is giving us serious ’70s vibes. 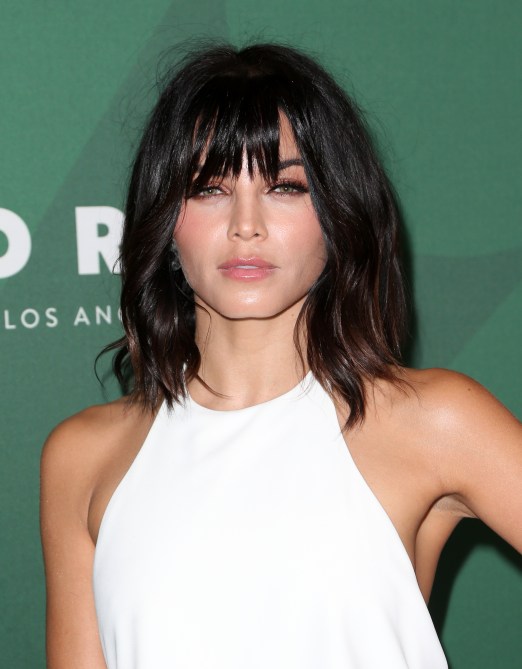 Her stylist, Kristin Ess, described the look as an “A-line soft shag,” and said it gave her major “Helena Christensen vibes,” in a post on Instagram. Same, girl, same.

“So, she has wanted a bang forever. I feel like she’s been asking me to make her a fake bang for about two years. We finally did it!” Ess told People, adding that it wasn’t as easy as just throwing in a clip-in and calling it a day. “Once we saw her own hair with a full bang, it just looked too heavy, so we razored it into a soft shag with an A-line base,” she explains. Still, sounds like a great alternative for those of us with commitment issues.

Judging by the growing number of female celebs who are falling for fringe, including Jessica Biel, Karlie Kloss, and Amanda Seyfried, to name a few, it looks like bangs are back in a big way.

A post shared by KRISTIN ESS (AND LOTS OF DOGS) (@kristin_ess)