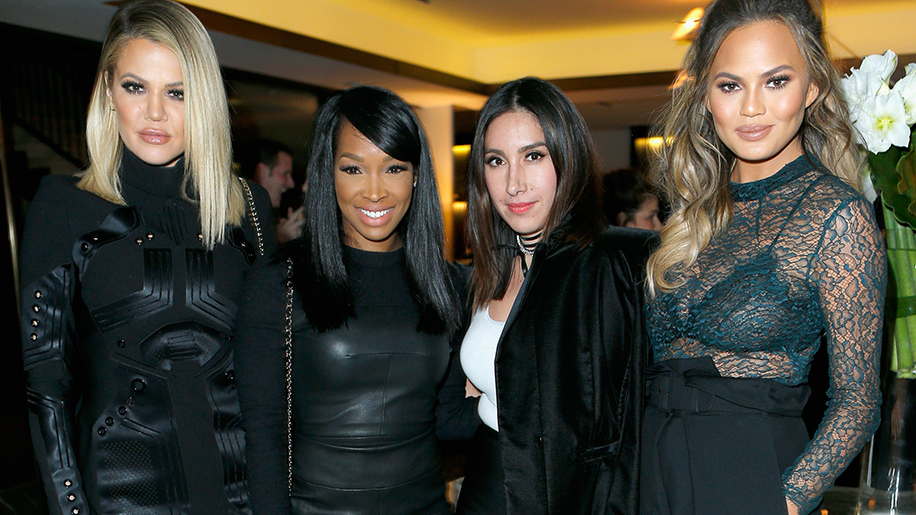 Chrissy Teigen, Gigi Hadid, Khloé Kardashian, and Jessica Alba are all known for their monopoly on sexy, tousled hair that always looks effortless, and they all have one critical thing in common: hair mastermind Jen Atkin. The New York Times named her the most influential hairstylist in the world, and between her stacked celebrity client roster and her relatable, down-to-earth persona that enables her to inspire regular girls everywhere, there’s nobody in the industry who’s more relevant than Atkin.

Atkin first brought her hair genius to the people with Mane Addicts, her super-informative, behind-the-scenes blog that includes both daily inspiration and easy-to-follow how-tos—and now, she’s backing it all up with her very own line of chic, affordable hair products. Yep, she’s helping us get Kardashian-style hair at decidedly non-Kardashian prices.

“I want everyone to feel like a Kendall or a Gigi,” Atkin said at the launch event for Ouai, which will be available starting February 2016. While the packaging info and full details aren’t available just yet (you’ll have to wait until January 15 for that), we do know that the line will include a shampoo and a conditioner, a treatment mask, a texturizing spray, and even supplements, among a few other offerings, all meant to help you score that elusive model-off-duty look sans devoted glam squad.

And about the name: It’s pronounced “way,” and it’s to “oui” as “yeah” is to “yes.” Atkin explained at this week’s launch event, “I wanted it to be like you’re at lunch with a friend, and they mispronounce it, and you’re like, ‘No, it’s called ‘way.'” Thanks to Jen, the cooler-than-thou vibe is about to get a lot easier.

MORE: Your Texturizing Spray Addiction Could Be Ruining Your Hair