When we talk about Jared Leto’s makeup, it’s usually either one of two things. He’s either got a sexy, smudged black eyeliner look going (often in his music videos) or he’s in full costume for a role (such as for House of Gucci). But on Thursday night, the actor hit the red carpet in colorful eye makeup for the latest premiere of his new movie Morbius at the Odeon Luxe Leicester Square in London, England.

Leto’s glittery blue eye makeup went perfectly with his purple and black suit. As usual, his entire look is Gucci, which could be right down to the makeup though we don’t have real confirmation on that. The shimmery blue shade goes right across his lids and into the corners of his eyes, which really makes his blue eyes pop. By the look on his face, we’re pretty sure he knows it. More men in Hollywood should realize the power of what makeup can do. (Other than just concealer and powder.) 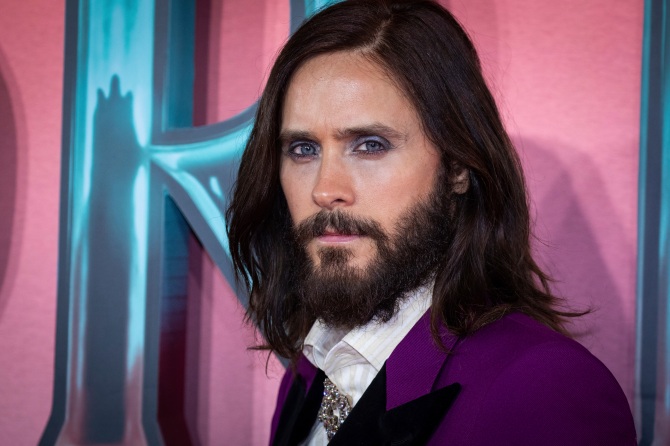 Looking at some of my favorite Gucci Beauty products, it looks like his makeup artist could have used a blend of blue shades from the stunning Palette Beauté Des Yeux – Eyeshadow Palette ($149 at Sephora) and maybe even the black eyeshadow as eyeliner, as well. Unless he preferred the Stylo Contour Des Yeux Khol Eyeliner in Black ($36 at Sephora). And since his skin looks literally flawless, there’s probably a bit of Fluide De Beauté Fini Naturel – Natural Finish Fluid Foundation ($68 at Sephora) and Gucci Poudre De Beauté Éclat Soleil Bronzing Powder ($62 at Sephora) set with Poudre De Beauté Mat Naturel Beauty Setting Powder ($62 at Sephora).

Luckily, we don’t think this will be the last Leto look to talk about in the coming weeks. He’s starring in Apple TV’s WeCrashed and there’s Morbius in all its vampire glory in theaters this weekend.