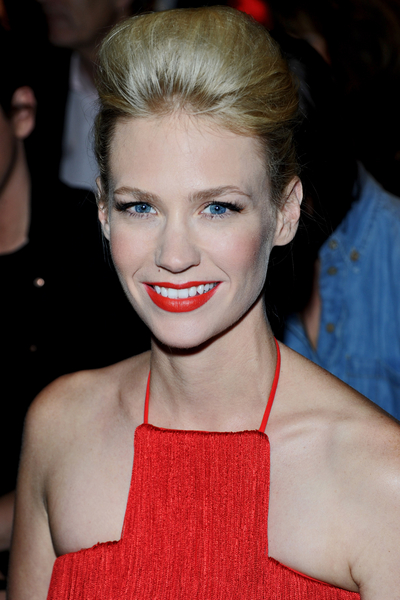 January Jones is the new face of Versace.

January has become a huge hit in the fashion world since taking on the role of Betty Draper in Mad Men and recently spoke out about how proud she is to be involved in a show that celebrates curvy women.

“I think what’s great about the show is that, just in terms of fashion, it has helped bring a certain silhouette back. That womanly, cinched waist…As much as I hate getting into my girdle every day for the show, it’s brought that beautiful line back. You think of a lady when you see it. You don’t have to give up your femininity to be a powerful woman.”