While award season is pretty much over and the Oscars, Golden Globes and SAG awards are behind us, cool kids, teen stars and a smattering of adults are keeping it going thanks to Nickelodeon. Janelle Monáe’s 2019 Kids’ Choice Awards makeup stood out on the orange carpet Saturday night, where all the looks were a bit bold and unexpected. Monáe was there to promote her upcoming movie Ugly Dolls, in which she plays a girl named Mandy who has pink braids and big glasses. She stayed on theme with a bright beauty look that proved neon makeup isn’t going anywhere anytime soon.

Colorful eye makeup is a big spring 2019 makeup trend and one that popped up all over during Fashion Month. For instance, models at Rodarte walked the runway wearing yellow, pink or blue eyeshadow and Ulla Johnson’s models wore bright pink mascara with a mostly natural face. And then there was the amazing neon-green liner at The Blonds show. While some seasons put all the focus on the lips or face, this one is all about bright eyes. As of late, lots of celebs have also been trying colorful eyeshadow, but Monáe chose to go the unexpected route with a little neon and we absolutely stan. 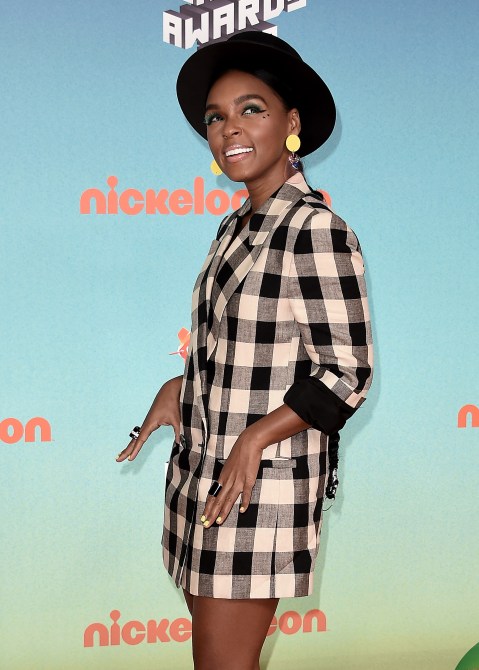 Look closely and you’ll see she paired her teal mascara with green lower liner and a black wing. It created a surprisingly subtle neon look that’s both pretty and eye-catching. Plus by letting her eyes do all the talking, her skin and lips could maintain a fresh, minimalist glow. It’s a look that could definitely work for a less kid-friendly event, as well. 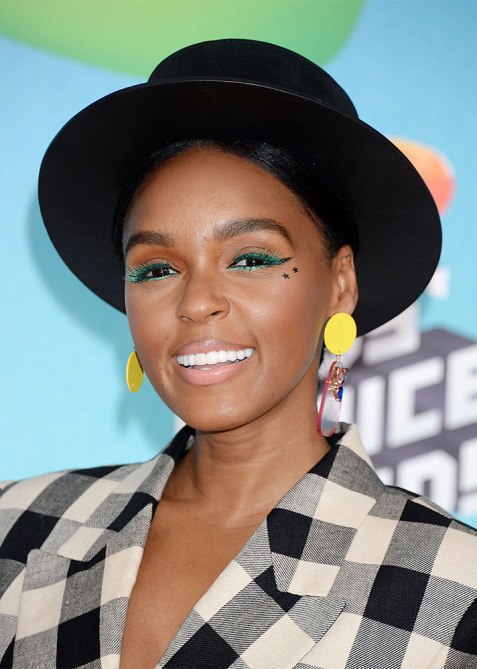 Since this is the first official full week of spring and we’re craving bright colors, I think it’s time we break out the bright mascara and copy Monáe’s look for ourselves.