From sex, love, and drugs to cafeteria brawls, shootings and unjust accusations—the beloved, controversy-filled Netflix series, Orange Is the New Black, is coming to a tragic end. Jackie Cruz might be shedding Marisol “Flaca” Gonzales’ orange jumpsuit, but that’s only to make room for some hardcore self-loving. For Cruz, confidence is the new black.

The actress, who has portrayed the role of Flaca since 2013, told STYLECASTER, “I couldn’t be who I am today if it wasn’t for Orange is the New Black, it made me feel very confident and validated as an actress.” Looking back on Flaca’s journey–we watched an incarcerated woman find passion in looking and feeling good. OITNB fans have always admired the character for her constant efforts in trying to create beauty in a very dark environment.

“Beauty is how you feel,” Cruz reflected. “Girls don’t have people to look up to when it comes to being confident with what you look like–and how God made you.” These Flaca-inspired morals will continue to carry Cruz into the next chapter as she campaigns for confidence and natural beauty through her new partnership with Schick Hydro Silk. For Cruz, it’s the simple things in life that truly make you feel like a woman. 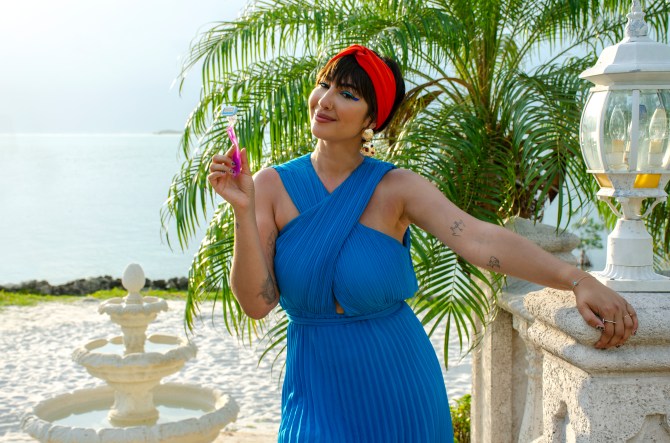 On top of OITNB addressing political and societal controversies, Flaca’s story has always served as a powerful statement in the midst of an era where we’re constantly exposed to skewed perceptions of beauty. “Flaca is feeling herself in prison because she’s trying to take care of herself,” Cruz said. “It’s not for anybody else, it’s just for her so she feels good.”

As a part of her partnership with Schick Hydro Silk, Cruz’s Feelin’ Myself Island is debuting July 9. Feelin’ Myself Island is a spoof of summer reality dating shows, where instead of competing for the love of someone else, the New York native flips the Bachelor-type tropes on their head to showcase just how badass today’s women are while reflecting on the confidence she already has in herself. Cruz spills her personal connection to this new project by saying, “That’s me now, being Flaca on the outside with this campaign–giving self-confidence to women. Flaca did that in prison, and now I’m doing it with this campaign.”

The campaign is super special for Hydro Silk fans, who have an opportunity to win a trip to stay on their very own private island where they can fall even more in love with themselves. Cruz will announce the winner on her Instagram channel (@jackiecruz) on Monday, July 29.

Cruz’s aim is to be a role model for inner beauty while guiding all women on an enlightening journey to embracing all-things beautiful from the inside out. 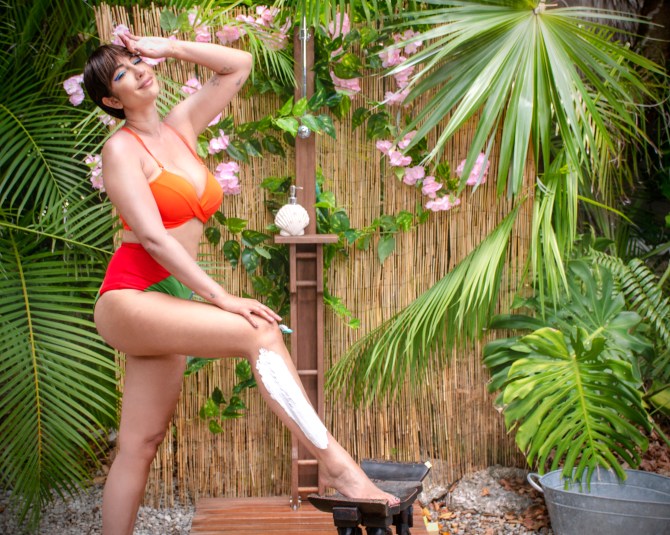 As we prepare to mourn the death of the OG Netflix binge series, Cruz says, “It’s beautiful, it’s sad, and you’re going to feel everything a woman can feel watching it,” She added, “You’re going to cry, you’re going to laugh, and I’m just so lucky to be a part of this show that made history.”

Cruz’s presence on Orange Is the New Black represented a vision of true power, beauty, and strength. And it has loyal fans hungry to see what she’ll do next. With Schick Hydro Silk and Feelin’ Myself Island, it’s clear that Cruz is only getting started when it comes to speaking for all of the women who are riding the wave of self-discovery and embracing every type of beauty that comes with womanhood. 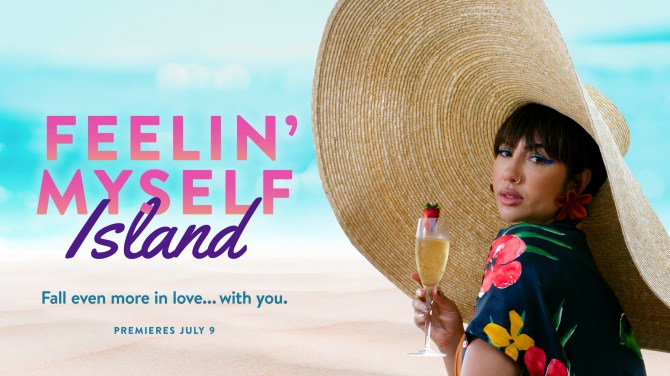