Remember that bronze, shimmery M.A.C. eyeshadow you had sitting in your online cart that you finally decided to buy after two months? The one that you immediately tapped over your lids without bothering to look in the mirror, as soon as it came in the mail? Now what if we told you there’s a chance that eyeshadow wasn’t a genuine M.A.C. product, but instead, a counterfeit? Welp, according to a recent Bloomberg investigation, massive amounts of counterfeit makeup are currently sold in America, and you might just be using some right now. Yay!

Like, yes, you already know that if you go to some shady story in a major city, you’ll probably find knockoff Louis Vuitton wallets and Beautyblenders. But what about the beauty products you buy from reputable sites online, like that Estée Lauder lipstick or that Bobbi Brown eyeliner you bought from Amazon, Alibaba, or Ebay? Turns out, they could be counterfeit, as Bloomberg discovered after following a 2014 sting operation that busted a mom-and-pop operation in New Jersey, where a husband and wife were ordering massive supplies of counterfeit M.A.C. makeup and then re-selling it on Amazon, as well as well as to wholesalers who distributed to New York City salons. 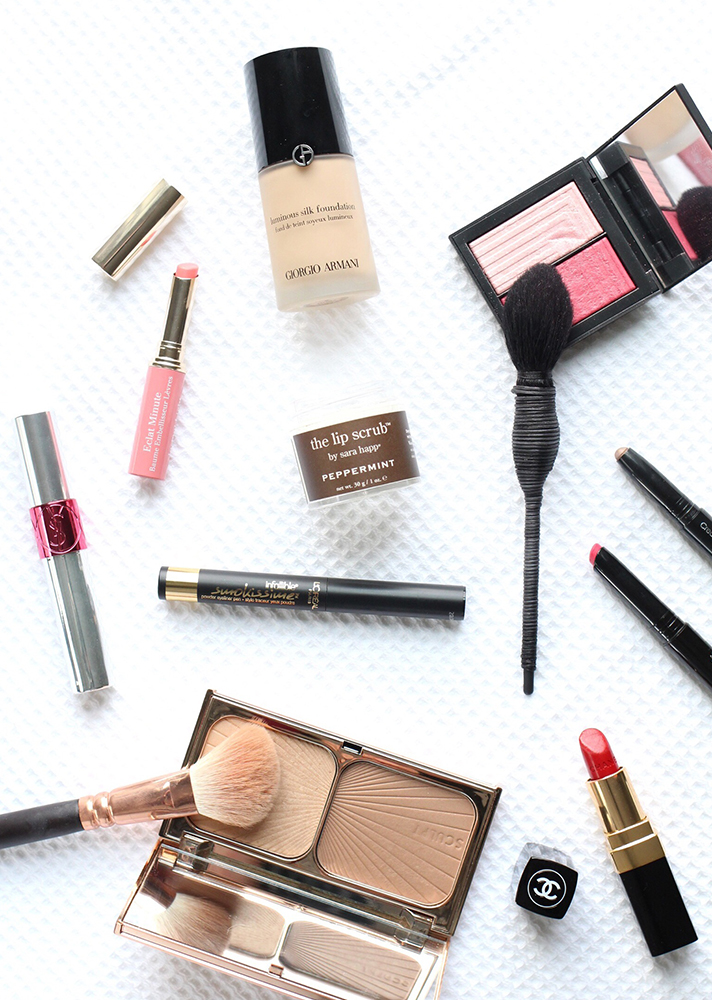 Photo: Let It Be Beautiful

And what’s even worse than duping makeup lovers into spending money on crappy knockoffs is that counterfeit makeup can be incredibly dangerous, as it may contain harsh, unregulated ingredients that could be toxic to your skin. “The products often come from moonshine-style operations, with mud-caked floors and open vats of dye, and can contain paint thinner, mercury, carcinogens, and dangerous levels of bacteria,” reported the article, adding that “eyeshadow made with arsenic can seal your eyelids shut.” Excuse us while we try to permanently erase that mental image.

It goes without saying that no cheap sale is worth the risk of ending up with a counterfeit, so if you really want to avoid fakes, make sure to only buy directly from reputable, big-name companies (like Sephora, Ulta, or the brand’s website), rather than random, third-party vendors, like Ebay or Amazon (unless, of course, the seller on Amazon is the actual beauty brand). So even if you just found your favorite, perfectly pink eyeshadow at some random discount site, don’t buy it, despite how much your wallet begs you to. Trust us, your eyelids will thank you.

MORE: The Hair Color Trends That’ll Be Huge For Fall 2017