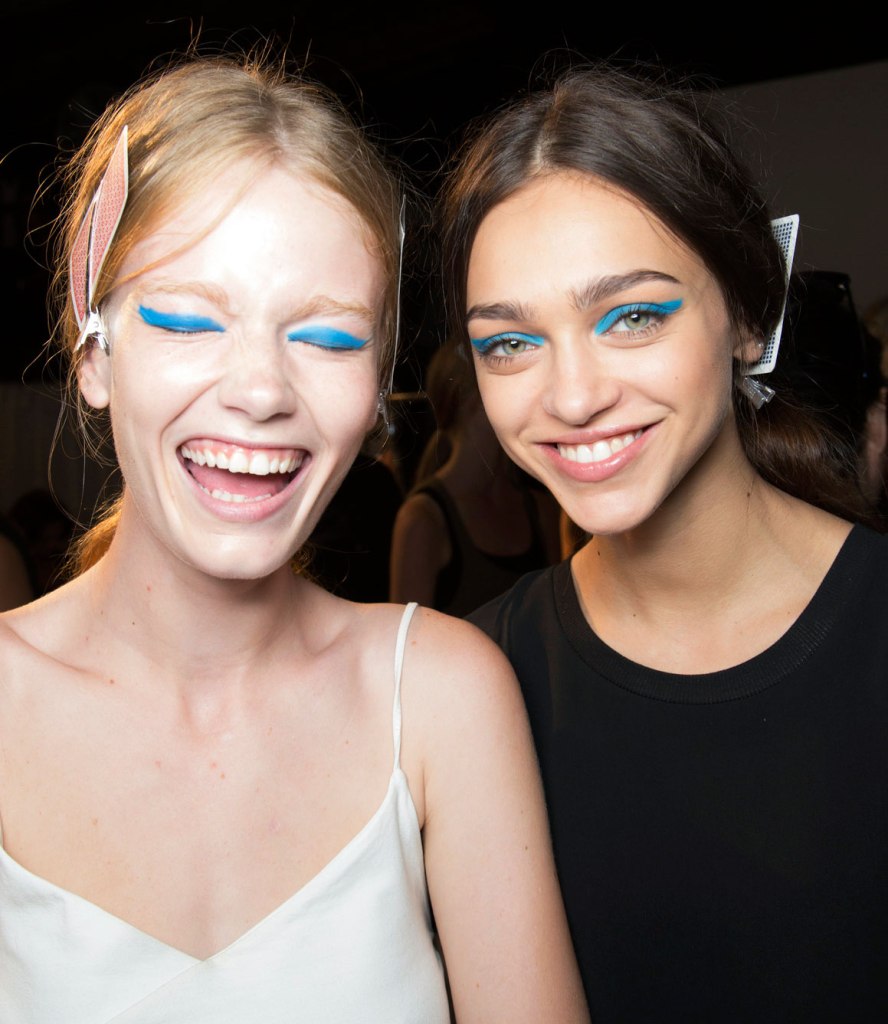 I skipped that stage in high school when it was acceptable—expected, even—that you’d get braces. My teeth weren’t super crooked, but they definitely weren’t perfectly straight either. Vanity, however, got in the way, and I bypassed the awkward braces-wearing phase in puberty and skipped right on into adulthood, when, at 20, I noticed my four front teeth were becoming overly friendly with each other, and starting to overlap.

It was around this stage that a friend told me about Invisalign, a new (at the time) treatment that was basically invisible and could straighten out my teeth in one year. You should know I’m now 25, and just finished the full course—five years later. Needless to say, I had some roadblocks. Here’s what I wish I knew before getting started.

Phase one of this arduous  journey to straight teeth started when I moved from Brisbane, Australia—where my orthodontist is based—to Sydney, an hour and a half away by plane. Invisalign requires you to visit the ortho frequently to pick up your next set of trays (the plastic aligners that move your teeth)—usually handing over four or five in one go, and counseling that you wear each for a full two weeks. Because I’d already paid the $3,500 (AUD) fee upfront and started treatment, I couldn’t change orthodontists when I moved without being slapped with more fees.

Broke, I tried to manage visiting the ortho for checkups and to pickup my next set of aligners when I flew home to see family. This, inevitably, blew out my treatment even longer as I ended up wearing the aligners for longer than the prescribed two weeks before changing trays. In hindsight, I wish I’d just waited until moving to receive the full treatment in Sydney—that way, I’d have easy access to an orthodontist.

You need to wear them all the time.

No seriously—all the time. Originally I thought I’d be able to take out the clear, plastic trays for meetings, parties, dates, and every Friday and Saturday night, but not so. In fact, my orthodontist warned that I must wear them for 22 hours per day, removing the trays only to eat, drink any non-clear liquids (main culprit: red wine), or clean my teeth.

“One of the drawbacks is that patient compliance is a huge part of the treatment and very important for achieving the great results we are all looking for,”  explained Dr. Tanya Vaysman, an orthodontist at Upper Eastside Orthodontists in New York. “While the traditional braces are always physically there and you don’t have to do much for them to work, with Invisalign the patient has to be responsible for keeping it the right amount of hours without losing or misplacing it.”

And I, evidently, am not particularly compliant. After four or five months of wearing my aligners semi-religiously, I started getting careless, and that’s when everything went to shit.

At one point, I threw caution to the wind and went without those magical plastic trays for more than three days. When I decided to pop them in again, en route to the airport for a month-long trip backpacking through South America, my teeth had already moved so much that the top tray split open—totally broken. Panicked, I called my doctor who said I should come in immediately (impossible, as I was boarding a flight to Brazil), and failing that wear the split retainer until I could make an appointment. Major fail number two.

Over the next four weeks my top teeth stubbornly returned to their pre-Invisalign position, and months of painful orthodontic work was swiftly, cruelly undone. I then had to play catch-up for the rest of the year.

It could end up being much more expensive than you budgeted for.

After two and a half years of messing around with my teeth, I returned to my doctor for what was supposed to be my final visit. This, folks, was a major disappointment. After dozens of aligners, my teeth still weren’t straight, and because the treatment had taken so long I was no longer in Invisalign’s patient system, which meant I was forced to pay another $1,000 for seven new aligners. Frustrated—but desperate—I forked over the cash for the remaining three-and-a-half months of trays. Just when my treatment was nearly over I moved to New York, and didn’t see my orthodontist for a full year—at which stage he gave me another set of trays to tweak my overpronounced eye tooth even further.

Now it’s been a full five years since that first appointment, and I’ve only just had a pro in NYC remove the resin bumps applied to my teeth at the beginning of treatment, which is how the plastic trays grip to your mouth. This incurred another $40 fee.

Dr Vaysman explained that it’s actually pretty normal for treatment times and costs to vary depending on the patient: “The cost of treatment can very vastly depending on the problem the patient has, who does the treatment (general dentist versus a specialist) and what state they live in.” Apparently the cost can range up to $10,000, which makes me feel as though I got a pretty good deal, despite the additional fees. 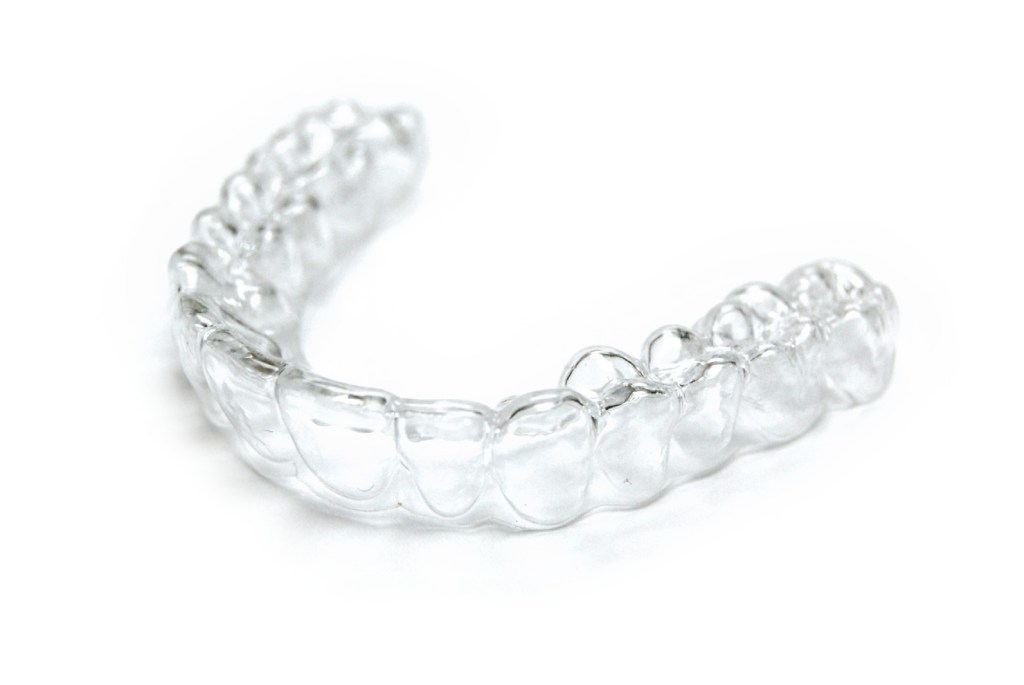 Invisalign trays are much less visible than traditional braces. (Invisalign)

You can still notice them.

Compared to regular old metal braces, Invisalign is practically invisible—but you can still notice them. Even when I wasn’t wearing the trays (which was probably way too often), the resin bumps on my eye teeth were definitely noticeable. For the first 24 hours after putting in a new retainer, my entire mouth ached and even swallowing a couple of painkillers couldn’t numb the discomfort. Also, the plastic trays are quite thick, so they definitely did inhibit my speech, but I got over that pretty quickly.

There’s no guarantee you’ll be happy with the end result.

My smile is dramatically straighter than it was all those years ago, but my teeth certainly aren’t perfect. Personally, I kind of think a slight imperfection can add character, but if you really want an infallible smile, this actually might not be the right option for you.

“With Invisalign, you may not get 100 percent perfection if your teeth are really crowded, have a snaggle tooth or something more significant to straighten out,” explained Dr. Marc Lowenberg, a cosmetic dentist at Lowenberg, Lituchy and Kantor.

So if you’re considering Invisalign, go in knowing that it’s definitely not a quick, easy, or cheap solution—but it’s still a hell of a lot better than braces.