To say HBO’s hit show Euphoria has changed the beauty industry would be an understatement. Head makeup artist Doniella Davy brings the characters to life with bold, unconventional makeup. We’re now used to seeing the cast with glittery, colorful lids but at the InStyle Awards, the Euphoria cast went more glam than eclectic. Alexa Demie, Hunter Schafer and Zendaya all hit the red carpet looking grown-up and chic—no cloud eyes in sight. (Though, I miss them already.)

Demie looked the most like her Euphoria character Maddy with her signature bright blue eyeshadow. Though it was probably a nod to the show, the fun color brightened up her edgy all-black leather gown. Schafer, who plays Jules, went more monochromatic, with crimson eyeshadow smoked out into a cat eye shape. Her lipstick and her wardrobe matched the deep berry hue. And then there’s Rue, or, Zendaya. She stunned with dark smokey eyes and nude lipstick, which went perfectly with her off-the-shoulder black-and-white top and dress pants. 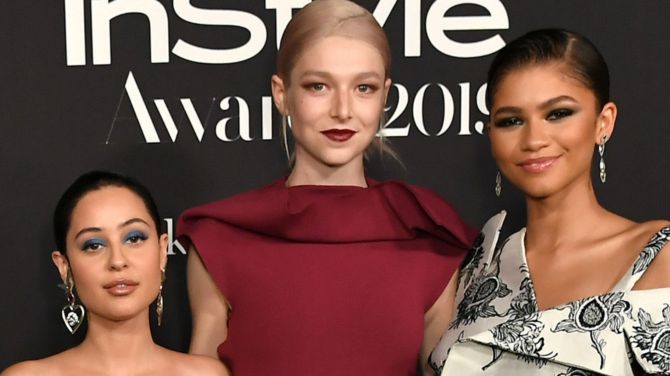 These three stunners weren’t the only Euphoria cast members in attendance. Storm Reid, who plays Rue’s sister Gia, hit up the award show wearing a blue feather gown. She kept the makeup toned down with laid-back natural glam. She also wore her hair pulled back in braids, which add personality to the dress and let her makeup shine. 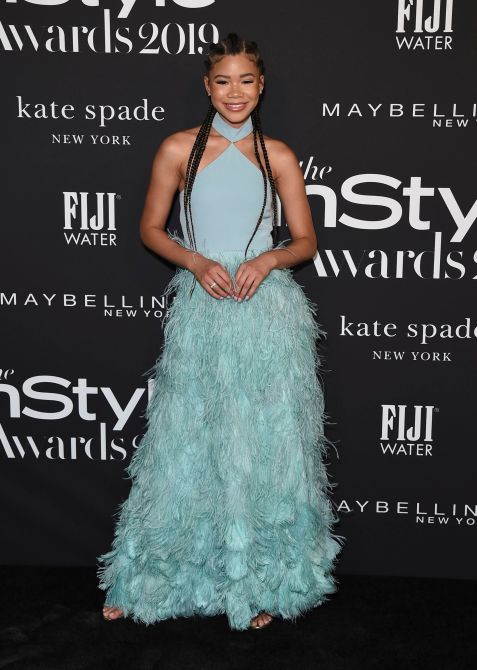 The Euphoria cast is just so cool and gorgeous, that I’m sure we’re going to see a bunch of Maddy, Jules and Rue doppelgängers running around this Halloween. If that’s your plan, I recommend following the show’s makeup artist Doniella Davy on Instagram for all the inspo.