I’m the kind of person that likes to look put-together at all times, but doesn’t enjoy spending hours getting ready. OK, I do like spending hours getting ready to go out for real, but given that most of my social interactions at the moment take place on Zoom, I’m not about to spend any extra time perfecting my winged liner or curling my hair. That’s why I’ve decided to share with you all my Insert Name Here ponytail hair extension review and let you in on my secret for looking good in seconds. I first discovered INH Hair after seeing all the floating ponytails in Ariana Grande’s Vogue “In My Head” music video, and I’ve been obsessed ever since. If you like getting compliments on your hair, changing up your look with ease and making basically zero effort, read on.

I have naturally quite thick, long hair, so I’d never felt the urge to try extensions in the past. It wasn’t until celebs like Grande made extra-long ponies a “thing” that I started to wish I had a little more hair to work with. Even so, the idea of getting long extensions and creating updos on the daily seemed tedious and impractical, so I resigned myself to be just one of those people without an incredible ponytail. Womp womp. When I first heard about INH Hair (which specializes in ponytail extensions but also offers standard extensions, bangs, buns and other clip-in hair options), I decided to treat myself to the Miya, a super-long ponytail hailed as “the 30-second dream pony.” I wore it to an Ariana Grande concert, the compliments rolled in, and I was totally obsessed.

Since then, I’ve amassed quite the collection of INH ponytails, and I was all ready for a glam summer of stepping out with all my new lewks. Things changed when stay-at-home orders came into effect, and I spent the first month of self-isolation wearing grubby sweats with my dirty hair up in a bun, convinced there was no point in getting ready. It took me a while to realize doing my hair and makeup provided the sense of normalcy I craved in these uncertain times, and now I make an effort to look at least somewhat presentable each and every day.

That said, I’m still not about to spend hours primping for a few minutes on Zoom or FaceTime, so I’ve been reaching for my ponies more than ever before. Are they extra AF? Yes, they are. Do I feel like a bad betch when I wear them? Yes, I do. You might not have considered pairing extensions with your stay-at-home sweats before, but I’m here to sell you on the idea. Read on for a look at three of my all-time favorite INH clip-in ponytails, and consider snagging one (or a few!) for yourself. 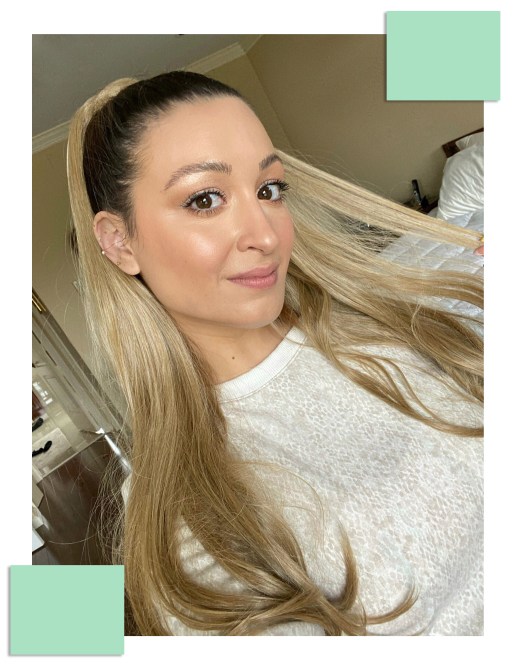 Because I have a dark-brown-to-blonde balayage, I can wear my extensions in either Honey Blonde or Mixed Brown, depending on whether I want to match my roots or my ends, which allows me to really change up my look. I chose the Brit Ponytail in Honey Blonde for some Barbie cheerleader vibes, and I think it’s my favorite of the bunch.

Since INH ponies are made with synthetic fibers, you can use a little heat depending on the product, but you can’t get the original texture back, so for the most part, you’re better off buying the pony pre-styled to your liking. I prefer the Brit over the Miya because the ends aren’t totally stick-straight, and the result is a slightly more natural look. 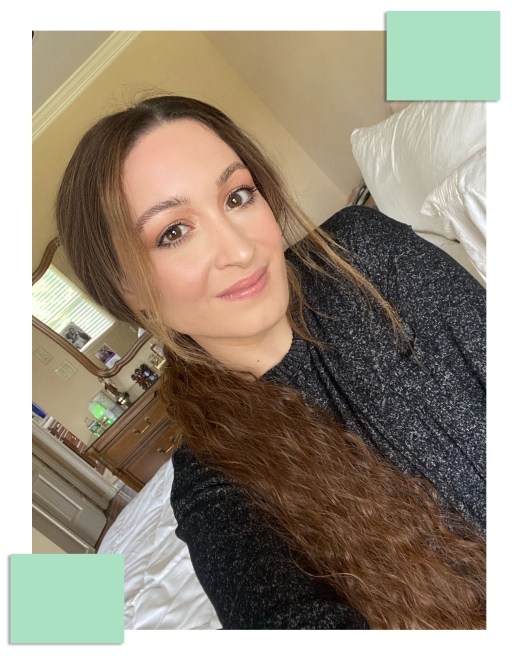 My natural hair has a lot more texture than the Brit pony, so I usually quickly straighten my ends before clipping her in. Cue the Shayla Ponytail in Mixed Brown, which boasts a beachy spiral curl. I’m obsessed! I originally worried that the Shayla would be too heavy, but I honestly love the look—especially when I wear it lower on the head. I also think she’d look bomb in a braid, for what it’s worth!

I made sure to snap my Shayla selfie in a low pony to show you guys how versatile the INH ponies really are. Plus, clipping in the extension is easy AF: You put your own hair in a ponytail or bun, insert the clip, wrap the ponytail around your base and secure it using the attached velcro. All INH ponies also come with one curled strand that you can wrap around your ponytail base to mask the velcro and finish off the look. That extra strand is what makes the quality of their products stand out, in my opinion. It really gives a polished end result! 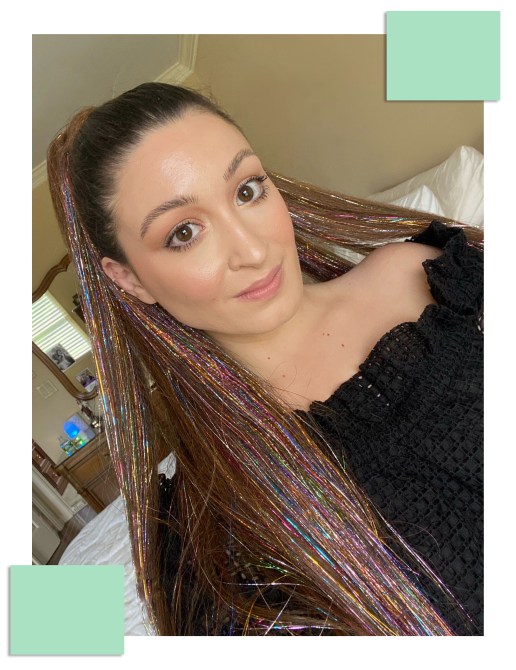 Last but not least is INH’s newest ponytail, the Kacey in Mixed Brown, which is not not inspired by the iconic Kacey Musgraves. The INH team designed Kacey to be the ultimate festival szn pony, but that doesn’t mean I won’t rock her to Zoom happy hour! While it might not be appropriate for your next Zoom business meeting, I highly recommend throwing on the Kacey on a day when quarantine has you down. It’ll instantly lift your spirits!

All in all, I’m sure it’s not hard to see why I stan INH Hair so hard. If you’ve ever felt like ponytail extensions weren’t your thing, I strongly recommend trying one (most of INH’s are around $50 bucks) and seeing how you like it. I can almost guarantee you’ll never waste time styling your hair again. If Ariana Grande has taught me one thing—beside the fact that God is a women, of course—it’s that ponytail extensions are the move. Highly recommend!