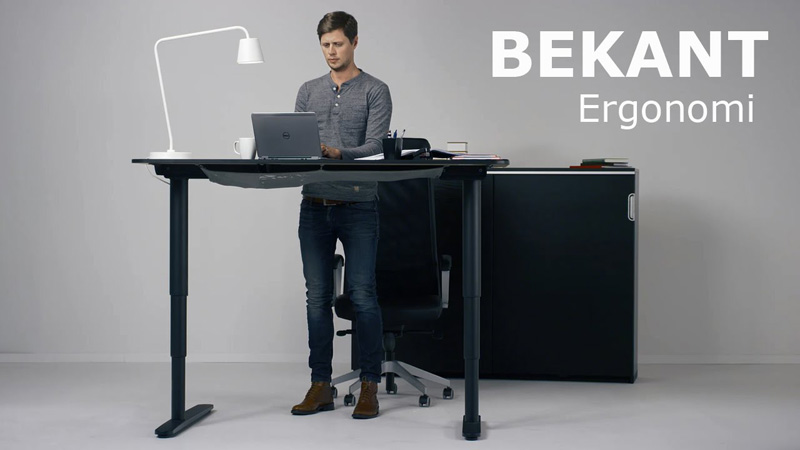 You probably have an inkling that sitting all day at work isn’t good for your health—but did you know it could actually kill you? According to research, sitting kills more than 300,000 American annually (if it were an actual disease, it would fall right after hearth disease and cancer). Being sedentary is also linked to a wide range of ailments including diabetes, depression, and osteoporosis. And you thought you were just happily going about your day at the office!

MORE: Why Eating Lunch at Your Desk is Making You Fat

If anything, despite this research, we’re only becoming an increasingly sedentary culture, as we become more and more attached to life on our computers. While standing desks are nothing new in the fight against this health problem, Ikea wants them to be mass, and has devised a solution with its newly launched Bekant sit/stand desk (from $489; available at Ikea).

The desk raises and lowers with the touch of a button, and also comes in different shapes and sizes so it can be configured as needed. The press release for the newly launched desk uses the line “sitting is the new smoking” to describe the issue, which really might not be far off in describing the problem we are up against. In other words, you might want to get acclimated with the idea of standing while you work, and stat.

Watch the video below to see how the Ikea desk works, and let us know what you think of the idea of standing while you work in the comments!