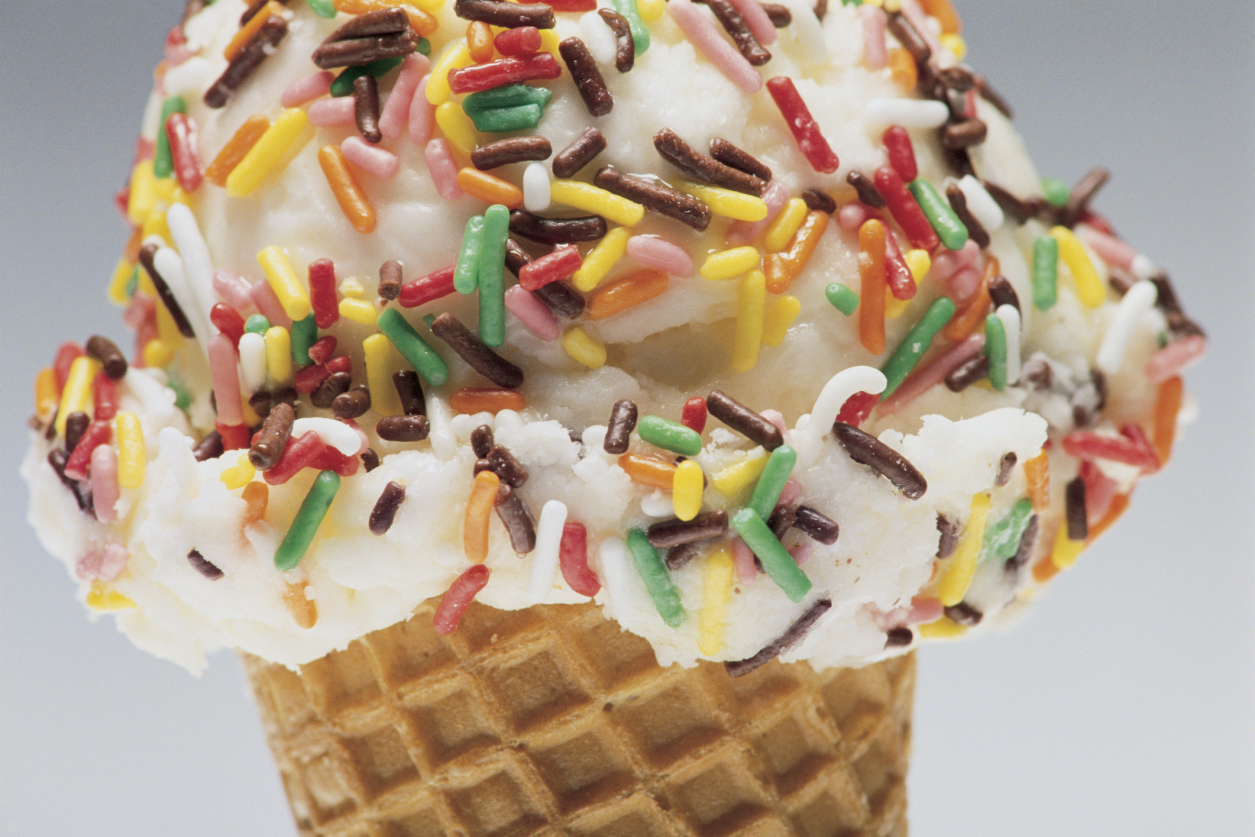 Sorry, but it’s not this kind of ice cream.
Photo: Getty

We’ve heard our fair share of crazy diet ideas, but this one might take the, uh, cone. Los Angeles vegan ice cream store Kippy’s is selling a $240 cleanse that requires you to basically live a 5-year-old’s dream life and eat nothing but five pints of ice cream every day for four days.

MORE: A Guy in Maryland Has Only Eaten Pizza For 25 Years

Okay fine, it’s raw coconut-based non-dairy ice cream not a steady stream of Chunky Monkey, but still. According to Gizmodo—whose writer Brent Rose tried the diet with his girlfriend—this cleanse definitely isn’t your average green juice and spicy lemonade song-and-dance. In fact, it clocks in 1,000-1,200 calories and 70 grams of fat daily, and quite a bit of sugar—each pint contains around 36 grams of the stuff, which nets out to about 180 grams a day.

MORE: Oil Pulling: Everything You Need to Know About the Miracle Habit

Huh? Can such an influx of calories, fat, and sugar be good for you? According to the email pitch that Gizmodo received about the ice cream cleanse “raw saturated fat is nothing short of a miracle worker in the human body. It helps us digest, repairs the gut, feeds the brain, boosts the metabolism and is a powerful agent of detoxification. Raw saturated fat from the meat of organic coconuts pressed in-house is the main ingredient of Kippy’s! Ice Cream, and the magic behind our first ever Ice Cream Cleanse.”

MORE: Khloe Kardashian Eats HOW Many Calories a Day?!

Gizmodo wisely sought a second (more professional) opinion from Maren Robinson, CNC, MPH, formerly of the CDC and Harvard School of Public Health, now with Kaiser Permanente in California., who said while coconut has also been shown to have a host of positive health properties, consuming too much of a good thing can be problematic, that a balanced diet is extremely important, and that she prefers cleanses that aren’t as extreme (or schticky, we’re assuming.)

So, did Rose and his girlfriend lose weight and achieve mental clarity? Kind of, but like any crash diet, the effects were short-lived, if pretty damn tasty.

Head over to Gizmodo to read Rose’s entire account of eating nothing but ice cream for four days straight, and let us know: Would you be into trying this cleanse?