Thanks to the Pap test, cervical cancer is no longer one of the leading causes of death in American women. But it still affects approximately 13,240 people per year—4,170 of whom will die from the illness. That’s where the HPV vaccine comes in, because it’s currently our most powerful tool in the fight against cervical cancer (in addition to other types of cancer).

But first things first—what is HPV, and what’s its relationship to cervical cancer?

“HPV is short for human papillomavirus, of which there are over 40 types that are sexually transmitted,” Dr. Steven Vasilev, a gynecologic oncologist and medical director of integrative gynecologic oncology at John Wayne Cancer Institute at Providence Saint John’s Health Center, explains. Vasilev explains that it’s extremely common and is present in approximately 80 percent of college-aged women. “[HPV] typically clears on its own within a year,” he says.

MORE: So, Your Pap Smear Results Were Abnormal—Now What?

Because HPV often has no signs or symptoms, it can be difficult to tell who has or doesn’t have the virus, Dr. Alberto Mendivil, gynecologic oncologist at Hoag Hospital in Newport Beach, California, explains. That lack of outward symptoms makes it particularly dangerous—and that’s why it’s so important to get vaccinated.

For this reason, Adalja says it’s ideal to administer the HPV vaccine before becoming sexually active.

MORE: Your Everything Guide to Vaginal pH

Vasilev explains that, as a general rule, the HPV vaccine should be given to girls sometime after age 11—and before age 26 at the latest. And just as a reminder: the Centers for Disease Control recommends that all children (regardless of whether they have a cervix) should get the HPV vaccine, and recommends that boys get it at age 11 or 12 as well.

There is sometimes a level of wariness when it comes to vaccines, but a 2013 study in the British Journal of Medicine shows that the HPV vaccine is safe. Additionally, a 2018 study in the journal Pediatrics showed that it doesn’t affect future fertility. Adalja says the most common side effect is soreness at the injection site, and there have been reports of fainting—but these are temporary side effects.

Soreness and fainting are mere inconveniences, especially given the vaccine’s effectiveness in preventing cervical cancer. “Almost 100 percent of cervical cancer and precancer is at least partly caused by variants of HPV along with uncertain cofactors, including cigarette smoking,” Vasilev says. “That’s why it is important to be checked for both abnormal cells using the Pap smear and for infection by the human papillomavirus.”

MORE: Questions to Ask at Your OB-GYN Appointment: Queer Edition

Similarly, Mendivil explains that more than 90 percent of cervical cancer is caused by HPV. He says that the illness is a slowly evolving form of cancer that starts in the cells lining the cervix. “They begin as precancerous cells, which then turn into cancer,” Mendivil says. “This change from precancerous to cancerous cells can take anywhere from less than a year to several years.”

Luckily, regular screenings and the HPV vaccine are strong preventative measures against cervical cancer. And although it’s ideal to be vaccinated before becoming sexually active, don’t rule out the HPV vaccine just because that ship has sailed. Instead, talk to your doctor about the best course of action to ensure you’re taking all precautions possible to prevent cervical cancer. 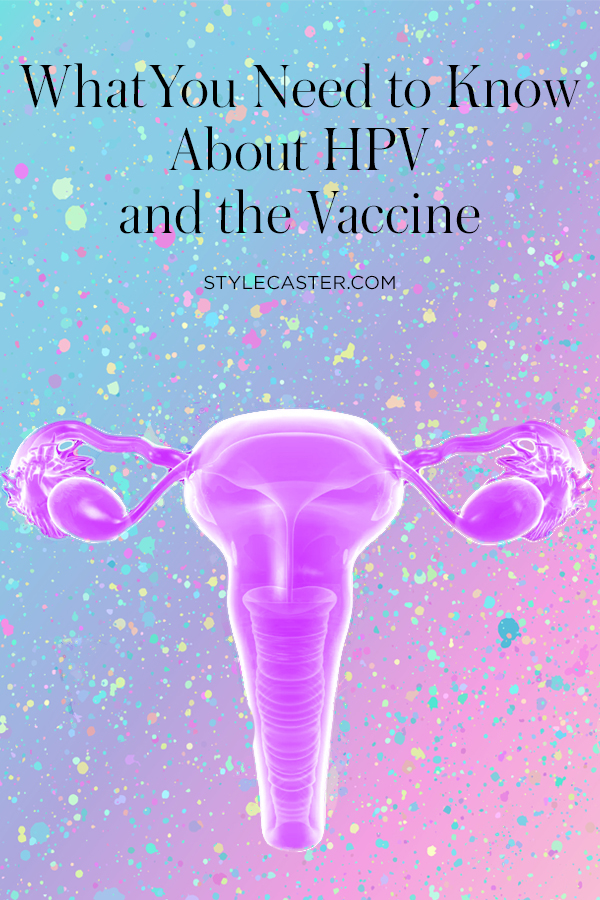 Everything You Need to Know About HPV & the Vaccine | @stylecaster