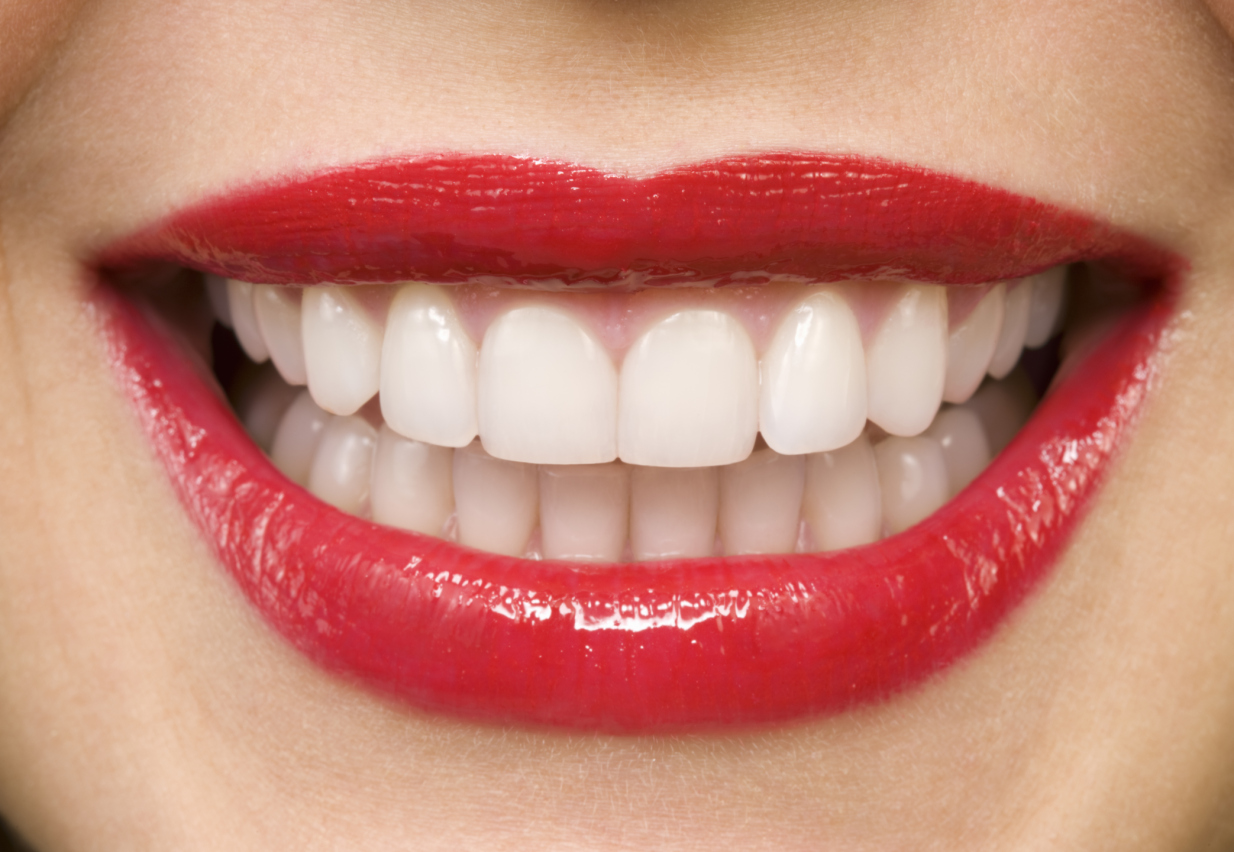 Like clear skin and shiny hair, our teeth can be a signal of health and youth, while playing a huge role overall attractiveness—71% of single women and 58% of single men cited straight, white teeth as the most important trait in a potential partner, according to a 2013 Match.com study over 5,5000 people.

That said, how to whiten your teeth quickly and naturally is a question we’ve all asked, especially in a world filled with coffee and red wine, which can affect the brightness of our smile—even if we’re super-diligent about brushing and flossing. But before you shell out a few hundred bucks for a professional bleaching session at the dentist, or even $50 on a OTC kit, why not try these 6 easy, natural ways to whiten teeth fast—all using stuff you probably have at home already?

1. A banana peel
It might sound nuts, but some people swear used banana peels can whiten teeth. Rub the inside of a peel along your top and bottom teeth for about a minute each, and let sit for around 10 minutes. From there, grab a dry toothbrush and start brushing. There’s no scientific proof behind it, but it can’t hurt, either.

3. Baking soda and lemon juice
A dream team of teeth whitening, sodium bicarbonate—aka baking soda—is abrasive enough to scrub away gunk, while lemon juice acts as a natural bleach. The trick is using the right amount of each. Too little and nothing will happen, and too much can cause enamel damage.

Experts suggest using about two teaspoons of baking soda and enough lemon juice to form a smooth paste. Apply to your teeth with a toothbrush and leave on for one minute, then rinse. One thing to note: since lemon juice is acidic, don’t use it every day.

MORE: 50 Healthy Habits EVERY Woman Should Have

3. Oil Pulling
In 2014, an Ayurvedic technique called oil pulling basically ruled the internet, with millions of people debating its merits. The process involves swishing coconut oil around in your mouth for 20 minutes to detox your body and clean your teeth and gums. On top of keeping your mouth immaculate, this process has received hordes of online testimonials from people who experienced benefits such as clearing acne, curing headaches, eradicating hangovers, and clearing up various infections or bodily imbalances. Some people even claim that this process healed their cavities. While there’s no hard evidence on the bigger health claims, it will keep your teeth smooth and shiny.

4. Strawberries
Some people—including Tyra Banks and Catherine Zeta Jones—swear that strawberries can naturally whiten teeth thanks to the levels of citric acid. However, research has shown that it doesn’t actually whiten teeth from the inside, but rather can make them look whiter for a short period since they remove superficial debris like plaque. One big downside: Using strawberries to whiten teeth reduced the surface hardness of teeth by up to 10 percent, due to the erosive effect of the citric acid in the fruit, according to the journal Odontology.

5. Apple Cider Vinegar
ACV has a bunch of health-boosting properties, but did you know that it can remove teeth stains, and kill bacteria living in your mouth? It is acidic, so use half a teaspoon of apple cider vinegar mixed with a full cup of water. After brushing with ACV, brush again with regular toothpaste.

6. Cheese
How’s this for interesting: In a recent study of 68 people who didn’t brush their teeth for 48 hours (something that’s NOT recommended), snacking on cheese like cheddar showed a rapid increase in pH levels, suggesting that cheese has anti-cavity properties, and can increase saliva production.