Yeah, yeah, yeah—you know how to wash your curly hair. But, like, do you really? Think about it: You’ve been washing your hair since forever, but how often do you really stop to think about the shampoo you’re using, the ingredients that are best for your curl type, or even how your hair is supposed to feel while you’re lathering it up? (Trick question—if you have curly hair, your shampoo should literally never produce a lather, or you’re doing it way wrong.)

But if you’ve ever tried to deal with curly hair on a humid day, you know that curls have a mind of their own and need to be treated with special, gentle kid gloves. And the babying treatment starts in the shower, with the correct shampoo, washing techniques, and all the other boring-sounding junk that is actually crazy important. See your five biggest curl-washing mistakes (and how to fix them!) below. 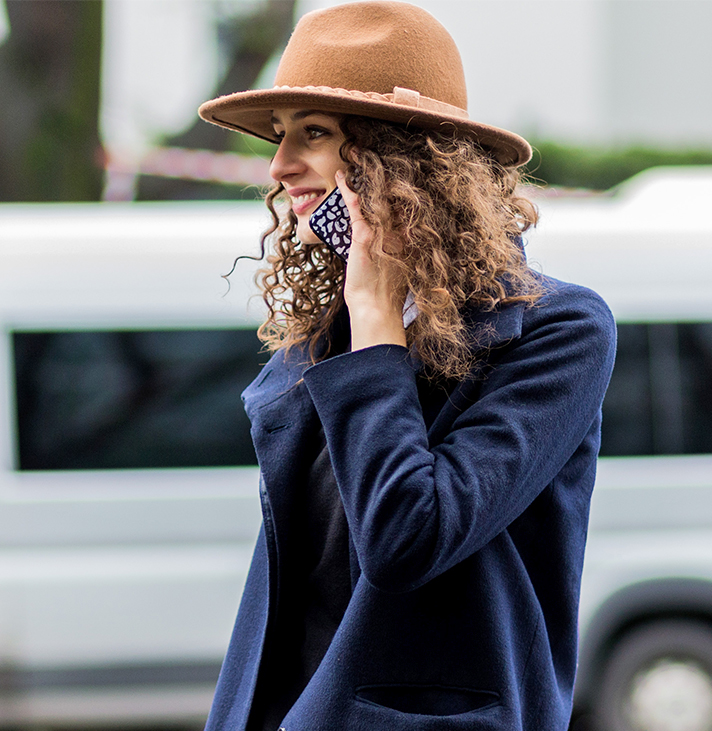 Curls are dry, fickle beings, so you can’t use the same shampoo for curly hair that you would for, well, literally any other hair type. And, annoyingly, the majority of shampoos—even shampoos specifically labeled “curly hair” (yeah, it’s ridiculous)—are filled with sulfates, a type of cleansing detergent that’s the ultimate enemy of curly hair. “Sodium lauryl sulfate is the foaming cleanser found in soaps, body washes, and shampoos that’s generally too harsh for curls, making them dry, frizzy, and straw-like,” says Jill Engelsen, senior stylist at Butterfly Salon in New York City.

It’s not the end of the world if sulfates are in your shampoo, though, as long as they’re not one the first three ingredients listed on the label. “My guiding rule of thumb is to pay most attention to the three ingredients in a formula, since they’ll constitute the majority of the formula,” says Engelsen. “If sulfates are 10th on the list, then they probably won’t dry your curls out too badly, though I’d still recommend avoiding, if possible.”

MISTAKE #2: Using shampoo at all.

Agh, yes, we tricked you. If you have curly hair, you really shouldn’t be using a traditional shampoo at all, as explained above, but instead using a cleansing conditioner (also known as a co-wash or no-poo formula), which is essentially a regular ol’ conditioner infused with really, really gentle cleansing agents, like aloe, and zero sulfates or detergents. They work just like shampoos, but without any of the harsh lather, so you’re pretty much babying your curls as much as possible throughout your shower.

Annoyingly, though, most cleansing conditioners don’t specifically say what type of curl they’re best for, so you’ll have to check the ingredients to see if the formula is going to be too heavy, or not hydrating enough, for your curl type. For fine, flat curls, make sure you see mostly flower oils (like lavender, chamomile, and rosemary) on the label, which are the lightest of the hair oils, says Engelsen (try Pureology Hydrate Cleansing Conditioner to start).  For “regular” in-the-middle curls, look for cleansing conditioners with medium-weight fruit oils (raspberry, grapeseed, and apricot), like Not Your Mother’s Clean Freak Cleansing Conditioner, and for dry, kinky curls, load up on the richest, most-hydrating nut oils (macadamia, shea, coconut), like Ouidad Curl Immersion Coconut Cleansing Cream Conditioner.

Hey, hear us out. If you’re using a shampoo with even the smallest amount of sulfates in it (which we urge you to toss, but fine), make sure to keep the shampoo concentrated only at your roots as you lather, and then rinse your hair as quickly as possible to keep the sulfates from penetrating your already-dry ends. If you’re using a cleansing conditioner, though, “make sure to use a pretty large amount of conditioner and really massage it through your roots and hair,” says Engelsen. “Since cleansing conditioners are thick by nature, you need to spend a few extra minutes working them into your hair, and then let them sit for five-to-ten minutes to really condition the hair.”

And yes, you’ll still need to use a “regular” conditioner on your ends for added moisture, but depending on your curl type, you may be able to skip your usual leave-in or conditioning mask. Just experiment and see how your hair responds—regardless of the cleansing conditioner you use, we can almost guarantee your curls will look better than they did when they were dipped in sulfates.