When the most successful female skier in history divulges tips that’ll actually make you look forward to working out, your ears perk up. Or at least ours did when Olympic gold medalist Lindsey Vonn did just that in a new essay for Cosmopolitan. After all, isn’t that really living the dream: Exercising regularly, and actually wanting to do so?

First of all, fitness doesn’t have to be a struggle, Vonn asserts. Yes, being in shape takes diligence—”I wake up at 5:30 in the morning so that I can work out before I ski,” she writes—but there are little changes you can make right now to overhaul your exercise routine, and give yourself a new perspective about the whole thing.

And it’s not easy—not even for a member of the U.S. Ski Team like Vonn. Waking up at the crack of dawn “is a labor of love, because I relish my sleep,” Vonn writes, “and usually, wherever I am in Europe, it’s cold, dark, and fairly unfriendly at 5:30 in the morning. But I’ve learned that waking up early is a small price to pay to do the things I need to do on a regular basis to improve my body in momentous ways.” 👏

But don’t worry: “Once you make a small change to your routine, you may come to enjoy or even prefer it,” Vonn says. “And when you start to see results from your new routine as your body gets stronger and leaner, I promise you’ll never want to give up your old habits.” Here are five small changes you can make now to get the results you want later. 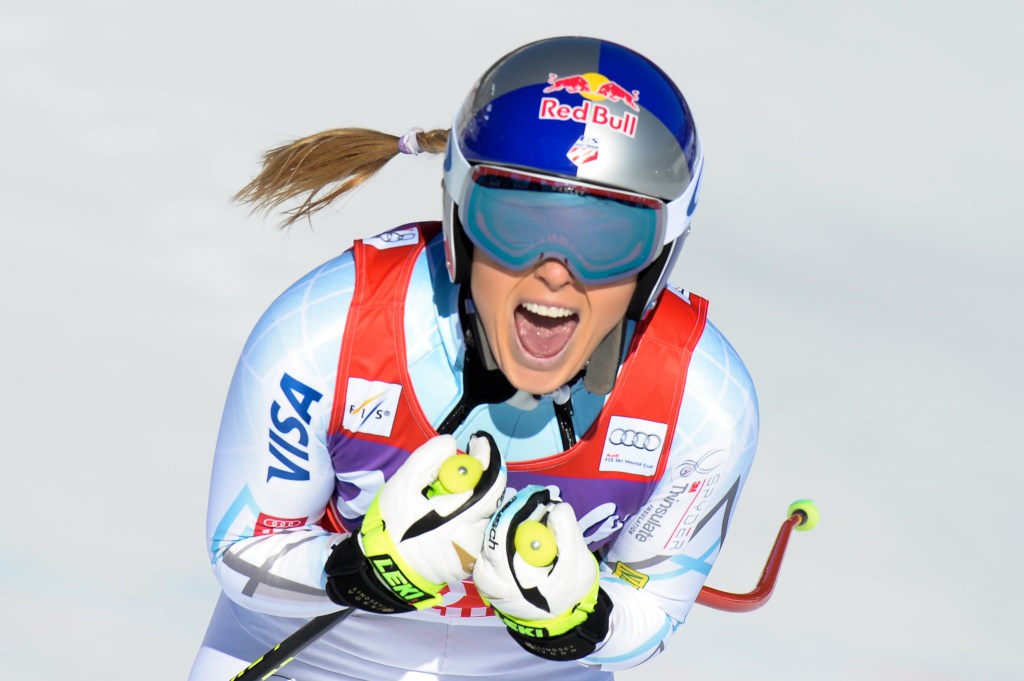 We all have time to work out. End of story. “Think you don’t have time to work out on a weekly basis—or exercise at all?” Vonn asks. “Stop deluding yourself with this weak excuse.” Girlfriend doesn’t mince her words. “If you spend any time watching TV, catching up on social media, or surfing the web like most people do for hours every day, guess what? You have time to exercise.” Boom.

Plus, you can always plant yourself in front of the TV. “Do what I do: Catch your favorite specials while pedaling the indoor bike,” she says.

Whether you like working out in the morning for an extra energy boost, prefer to save it for evening time, or have some other space in the day where exercise belongs, be consistent. “Building in consistent workout slots on your weekly calendar makes it more likely that you’ll exercise than if you choose to wake up every day and wonder if and when you should go to the gym,” she says.

So find a regular Tuesday morning spin class or Saturday afternoon rowing class, and book them every week. “Scheduling your workout time helps make exercise as much part of your routine as your daily shower or office meetings,” she says. If you work out at home, schedule in your hour of yoga or whatever just like you would a doctor’s appointment or any other engagement.

Setting impossible goals will only burn you out and frustrate you. “If you tell yourself that you’re going to exercise for an hour every day when you haven’t worked out for more than ten minutes total in months, you’re likely setting a goal you won’t be able to sustain,” Vonn writes. “Instead, consider a more feasible challenge like walking outside for twenty to thirty minutes every other day.”

Slow and steady quite literally wins the race here. “Achieving a realistic goal and feeling that sense of accomplishment when you do will help transform your body more than setting an impractical but more challenging goal that it’s unlikely you can meet,” she says.

Be sure to switch up your routine, and not force yourself to go HAM every single time you work out. “While high-intensity training has many benefits, it also has one considerable detriment: It drains your willpower,” Vonn says. Though there’s nothing wrong with exercising to exhaustion from time to time, if you do it every day, you’ll actually diminish your willpower.

“Willpower works like a muscle: Use it too often and you’ll tire it out,” she says. “If you’re continually forcing yourself to do a strenuous workout several times a week, it can exhaust your inclination to adopt other healthy habits, like eating right.” Apparently this can lead to binging on unhealthy food later on in the day or week. “Research shows that people who work out intensely often make poorer food decisions than those who don’t because they literally exhaust their willpower to eat healthy,” Vonn says. Talk about counterproductive.

Exercise will be more fun if you stay in the moment, and force yourself to forget about what time it is. “If I have a two-hour ride and I’m already thinking about how much time I have left after fifteen minutes, I’ll force myself to stop,” Vonn says. “Some other athletes and coaches might find that shocking, but I know that I won’t get everything I want out of my workout when I’m dreading it that much.” A revolutionary mindset, and certainly not one all of us have the luxury of adopting—if I don’t keep doing pliés at barre class on a Monday morning, I likely won’t get another chance to work out that day—but we could all learn a thing or two from this outlook.

If she’s dreading exercise, “I’ll put off the workout for a few hours and try to tackle it again later in the day, when, hopefully, I’m in a different mindset,” Vonn says. But there are other benefits of being present and avoiding a peek at the clock. “Staying in the moment can also help you push through the physical discomfort that can come with exercise, especially if you haven’t worked out in a while,” she says. “Tell yourself that you have to exercise for only one more minute; then when that minute’s up, tell yourself to do another minute. Pretty soon you’ll find that you’ve walked twenty minutes without even noticing it.” By tricking yourself into it, it’ll be easier to hit your goal, one minute at a time.