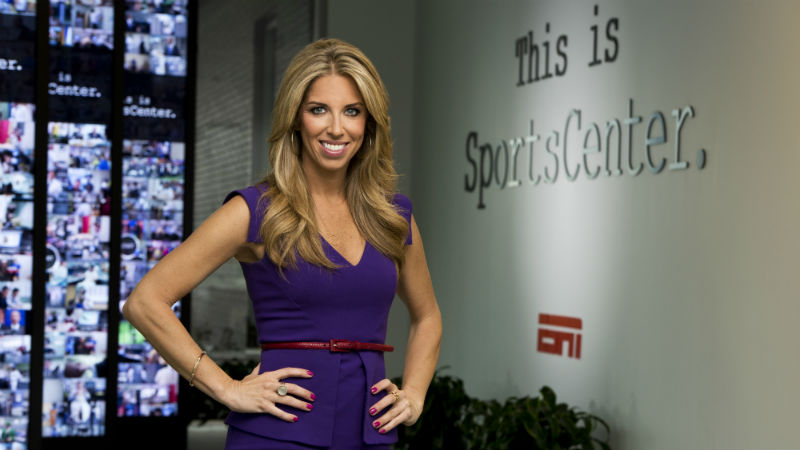 The Super Bowl is one of the most-watched television events of the year—and it’s also a time when both sports experts and total novices gather to watch the big game. This Sunday, the New England Patriots and the Seattle Seahawks will face-off in Super Bowl XLIX (6:30 p.m. ET on NBC), and for those with no real knowledge of (or, let’s admit, passion for) professional football, the game can seem a little overwhelming—all that lingo! All those bizarre rules! It’s no surprise that many folks content themselves with watching the commercials or prepping game day snacks.

For female viewers, football can present an even more daunting challenge: It’s not a sport that women really play, and women also have to contend with the prevailing assumption that football is a boy’s club.

A lot of that’s changing, though: According to the Washington Post, women represent 45% of the NFL’s fan base, and are a critical demographic for advertisers. Basically, the NFL needs lady fans, which is also one of the reasons females should be pressing for big changes on issues like domestic violence in the league.

So, if you’re a woman with little knowledge of the game and want to become a football fan, where do you start? We talked to one of the most reputable sports commentators on TV, Sara Walsh, who serves as an anchor on ESPN’s SportsCenter and is also featured on the network’s “Fantasy Football Now” program during football season.

Walsh was a tomboy as a kid, and a stellar athlete—she still holds the University of North Florida school soccer record for goals and points scored in a single game—and developed a passion for football at an early age.  “My dad was a huge Tampa Bay Buccaneers fan so football was just on in our house, that’s what we did on Sundays.”

To hear her tell it, women have become a huge part of the game. “If you look at the statistics in terms of who’s [football’s] audience and who’s buying tickets and who’s buying merchandise, it’s booming … I think overall it’s turned into a social thing now. Even if it’s not about the game, even though for a lot of women it is about the game, women happen to be some of the most passionate, loyal people on the planet, so they’re passionate about their team.”

That doesn’t mean, however, that she isn’t tired of hearing questions about whether she feels “different” being a woman covering “a man’s sport.” (Yep, we asked — and then wished we weren’t playing into the same stereotype.)

“I feel exactly the same. But I think the questions you’ve asked show that we’re not far enough along. Maybe 40 years from now it wouldn’t be a question on anybody’s radar, but it is what I get asked all the time. And like I said, hopefully one day that’s not even a question for someone, but I always think that I’ve had it easy. There are so many people that have paved the way for us.

She added: “Back in the ’70s and ’80s, women had to fight to be allowed in the locker rooms and they weren’t treated the greatest and it was sort of ‘Why are you here? Why would you be doing this?’ and there are people that have banged down doors or us and I look at it and think we’re so grateful to those folks because to me, I’m just doing a job and that’s how we get treated. I’ve never had anything but really good experiences. I’ve never had someone be like ‘What are you doing in here? You’re a girl.'”

Want to learn how to watch—and understand—football like a boss? Read on for Sara’s tips — and her argument for why you (yes, you!) should be getting into fantasy. “Enjoy the game,” says Walsh, “because it’s only going to get bigger and better.”

Totally confused watching football? Walsh breaks it down into its simplest form so you can follow along on Super Bowl Sunday.

You’re either scoring touchdowns or your kicking field goals … You can pick up so much just by watching and listening. I mean, you can watch one game and you can figure out, after watching one game, what’s going on and basically what the principles are. So, I don’t think it’s as intimidating as people that know nothing think it is.”

Want to really sound like you know what you’re talking about? Walsh offers up a few key phrases you can use on game day.

For folks watching closely, this is a great one to call out whenever you spot it. “Sometimes it’s really obvious and you know it, and you know before the refs will throw a flag. Sometimes it’s just a matter of a guy flinching. Usually, you can just tell if somebody’s offsides.” So keep your eyes peeled!

‘Sack’: This is when the defense manages to tackle the quarterback—who happens to be in possession of the football — behind the line of scrimmage, resulting in a loss of yardage. In other words, it’s a specific type of tackle, but obviously it’s got a way better name.

“That’s when you get to the quarterback when he still has the ball and the defense brings him down,” says Walsh. “On the defensive side, sacks are a big deal.” And for you, too! You’ll get extra points for knowing this one.

‘Two-point Conversion’: A common misconception in football is that a touchdown is worth seven points automatically. It’s actually worth six — teams can kick from a short distance for one point; or try for a two point conversion with either a run or a pass. “That’s a higher degree of difficulty [than kicking],” she says. Hence why, like the name implies, you get two points for a successful two-point conversion.

Walsh breaks down her top players to watch this Sunday. (Yes, there are others besides Tom Brady)

Tom Brady, Patriots Quarterback: “Everyone’s gonna watch Brady. Your audience is probably familiar with him—he’s Gisele’s arm candy, or trophy husband, because you know Gisele makes all this money, not that he doesn’t make any money, but Gisele is the power player of that couple.”

Russell Wilson, Seahawks Quarterback: “He’s going for back-to-back Super Bowls and he has been fantastic — he’s sort of the up-and-coming star in the National Football League.”

Marshawn Lynch, Seahawks Running Back: “He does not like talking to the media but he’s phenomenal. He’s gonna be, more so than Russell Wilson, probably determining whether the Seahawks win this game or not.”

Richard Sherman, Seahawks Cornerback: “Seattle’s entire defense is phenomenal, but he’s the star of the defense­–well I should say not the star–he’s the mouthpiece of their defense and we love him because he says whatever is on his mind and it’s refreshing. And what he says is usually true, just other people wouldn’t say it. So we absolutely, as members of the media, love Richard Sherman.”

Rob Gronkowski, Patriots Tight End: “Tom’s [the Patriots’] biggest star, but Rob Gronkowski, he’s tons of fun. Not only is he the best tight end in football, but he’s sort of known as a character off the field. He’s been known to have a good time and not take himself too seriously. That’s probably the most politically correct way I can say it. He’s sort of another main character.”

Darrelle Revis, Patriots Cornerback: “He’s their defensive star, also fantastic for the Patriots. They call him ‘Revis Island’ because he’s sort of an island in the sense that nobody wants to throw his way.”

Why Walsh thinks you (yes, you!) should start playing Fantasy Football.

“This year, I was in two leagues, and one was sort of the highest-level league we have at ESPN with all our biggest NFL heavy-hitter names and the other league I was in was with my girlfriends and it’s called the ‘Louboutin League,’ where the winner gets a pair of Christian Louboutins … Actually, it’s so funny, I did better in other leagues than I did playing against a bunch of my girlfriends, and like half of them don’t really follow football.

I mean a lot of it is luck, and your star player could get injured, and you kind of have to know what you’re doing but it’s really not hard to find that information — and when you have a pair of red-bottomed shoes on the line, they’re gonna find out that information. And women are the fastest growing demographic that are playing fantasy football, and they’re really good at it.”

You hear that? You could potentially beat Sara Walsh in Fantasy Football. “I really thought I was gonna win and I didn’t. I thought ‘I’m in the big leagues, I’m gonna take this away,’ and I was, like, out! I talk fantasy football for a living on ESPN, and then I’m getting beat by Katie who didn’t even set her line-up. That’s just the way it is. People think you have to be really good at it and I promise you, you don’t because I play with people who are the best and have the most information and it doesn’t always help them.”