We all have bad habits—obsessing over reality television, biting the ends of pencils or swearing. But one of the most commonly-discussed bad habits is is biting your nails — and unfortunately it’s also one of the most difficult habits to break.

If you’re into beauty, you probably want nothing more than perfect, chip-free nails, but when you’re a nail biter, it can feel impossible to grow gorgeous, healthy nails. (And it can also seem impossible that your habits will ever change). Well, there’s a light at the end of the rainbow, nail biters. Take it from someone who’s been there.

I’ve probably been biting my nails since I had teeth. People would constantly ask me if I was nervous or anxious. The answer was always “no,” and I really had no explanation for why the heck I was biting my nails so much. Now, when I say I was biting my nails, I mean I hardly had any nail left. Not to gross you out, but it would get to the point where my finger tips were bleeding. Eventually, I came to the conclusion I had to stop this stupid habit or it was going to hurt my health — never mind never being able to get a decent manicure.

MORE: Expert Advice for Eating Your Way to Amazing Hair, Skin, and Nails

I’m twenty years old now, and I can happily say that I’ve finally stopped biting my nails. I have beautiful nails that are long and strong. I can finally get them manicured without the manicurist staring at me with concern, and I can finally try out all the amazing nail art I’ve been drooling over on Pinterest. So here’s how I did it. 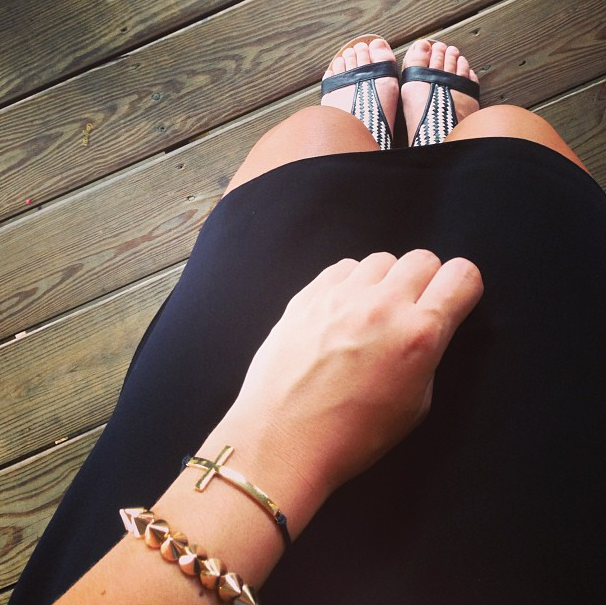 I was always so embarrassed of my short nails. I’d even hide them in photos.

I did some serious research.
First of all, there are some serious health risks involved with being a chronic nail biter. Aside from having ugly nails, you can get infections and sicknesses just from putting your fingers in your mouth. I live in New York City, travel on the subway every day, grab the door handle at Starbucks — you get the picture. Who knows what kind of germs I was putting into my body? Also, it’s even possible to move your front teeth if you’re using those teeth to chew your nails. Crooked teeth and nasty nails? Not a great combo.

I got acrylic nails.
I know how terrible acrylic polish may be for your nails, but trust me, but they really helped me kick my bad habit. I’ve had them on and off for my teenage years just as a way to make myself comfortable with the idea of not biting my nails. Whenever I would go to bite, I would immediately stop because I didn’t want to have to waste money getting it fixed at the nail salon. Having such classy-looking nails also gave me a good idea of how good my nails could look naturally if I just stopped biting. 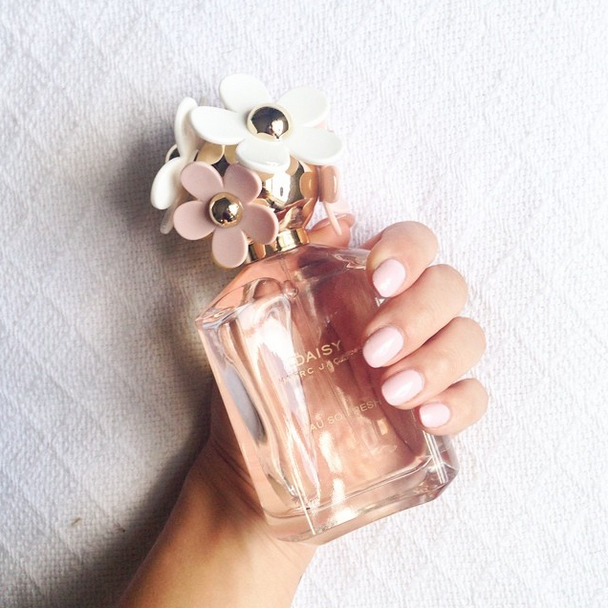 I saved a ton of nail art on my Pinterest boards.
On Instagram and Pinterest, I was always drooling over all the amazing nail art and designs that I knew I couldn’t have with my terrible, nearly non-existent nails. As motivation to stop, I would constantly save images of nails that I would want to try and then pin some to my Pinterest board. Whenever I found myself chewing off my nails, I would flip to those images and tell myself that I was never going to have them if I didn’t stop.

I started off with one nail at a time.
I remember reading on the internet somewhere that if you just stop chewing one nail each week, eventually you won’t chew them at all. At first I laughed at the idea, then — when I got really desperate one evening — I decided to try it out. I started off with one finger and didn’t bite it for a week. The rest were all fair game, but this one I couldn’t bite anymore. The next week I added another finger into the “don’t bite” category and eventually I wasn’t biting my nails at all. It really did work for a while and I started to let my nails grow out. 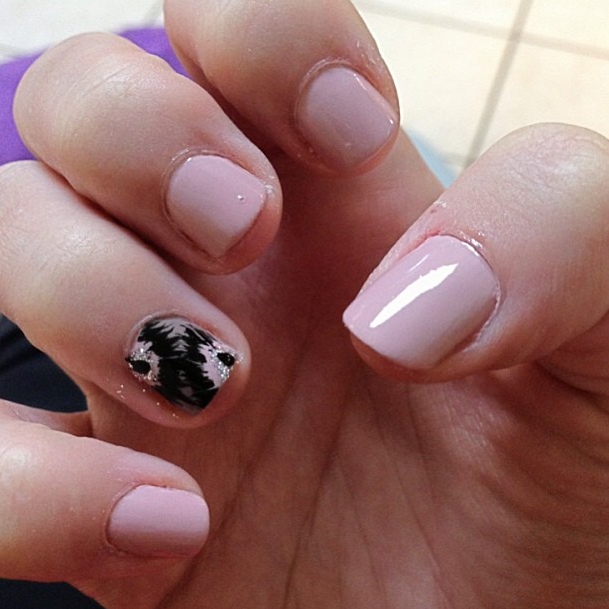 My nails after I finally started to let them grow out!

MORE: How to Whiten Your Yellow and Stained Nails

I used a nail polish that tasted truly terrible on my nails while letting them grow.
Even after I’d gotten my nails polished, I didn’t necessarily stop biting. No. I always went back to bite my fingernails, but with the help of this disgusting nail polish that they sell at the drugstore, I literally wanted to vomit anytime I put my finger in my mouth to start biting. Let’s just say this was a crucial step in kicking my habit.

I got a really expensive manicure.
After I stopped biting my nails and they were long enough to paint (without giving a manicurist a heart attack), I headed to a really expensive nail salon. I got an amazing manicure that was almost $40 — and this is on a college student’s budget! I would be seriously mad at myself if I messed this up from biting. (I put the nasty tasting nail polish over it just incase though.

Eventually I realized I didn’t need to bite anymore.
After I got a taste (pun intended) of having beautiful, healthy nails, I told myself there was no way I was going back. I would see people on the train biting their nails and think, “I can’t believe that was me a few weeks ago.” 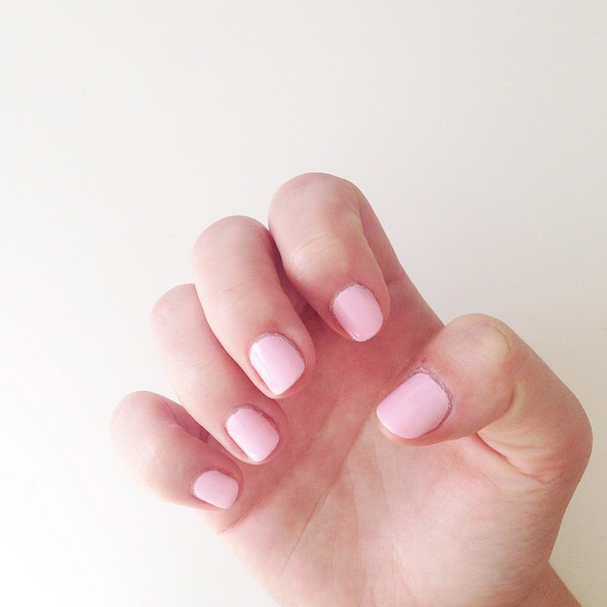 I’m happy to say I’m free of nail-biting, though some of the after-effects still linger. Sometimes I go to put a finger in my mouth, but I immediately stop and think about the consequences. It’s true that it’s one of the hardest habits to give up, but it’s possible with a little determination — and the results are certainly worth it.

Are you a nail biter? What do you do to stop your habit? Weigh in in the comments below!