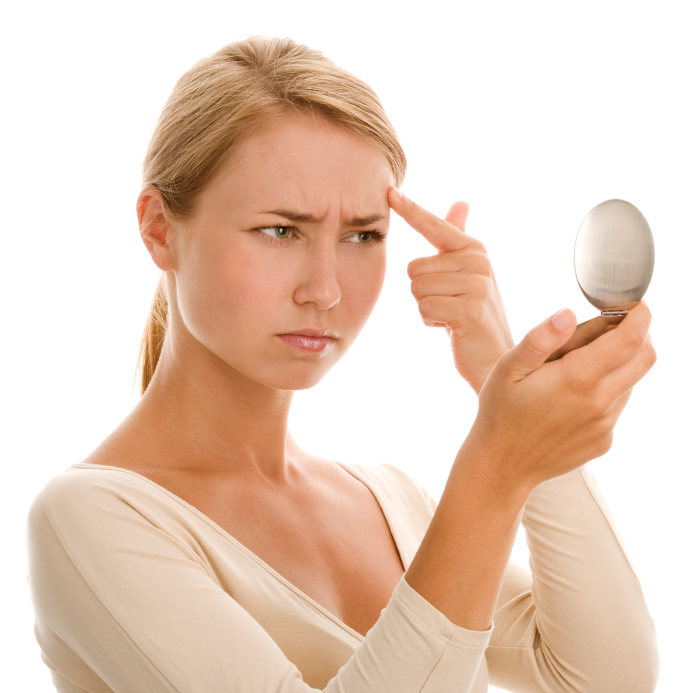 We’ve all been there: something fabulous is about to happen and you wake up with a planet-sized zit on your face. Even though you know that pretty much everyone will tell you not to touch it, you know you’re GOING to touch it, so why not do the least harm possible? We contacted one of the best in the industry, Dermatologist Dr. Jessica Wu, to give us some tips on how to safely take down that zit. We urge you to follow her instructions carefully, because the zit is one thing, but the problems that can stem from not treating your skin right can be all sorts of complicated.

Do it at night. Dr. Wu advises popping the offending zit at night. “It might leak after it’s been opened, so you’d rather it do that at night while you’re sleeping than during the day when people can see it.”

Get to it. Dr. Wu suggests sterilizing a clean, small needle (again, with rubbing alcohol) and gently puncturing the white head of the zit, just enough to break the skin. Using either sterile cotton swabs or your extremely clean fingers, press on either side of the zit until the white insides come out. You get one shot, so don’t keep pressing. Press gauze or cotton against the area to clean it and to stop the oozing. Cover the area with a Band-Aid to keep the healing area moist and clean so it can heal. You’re done!

When there’s blood, that’s bad. If you see blood, stop immediately because you can cause infections or scabs, which can lead to scarring and, as Dr. Wu says, “those scars are really hard to hide with makeup.”

Do not attempt if… the pimple is red and has no white head on it. That could be a cyst and those are best handled by a dermatologist in the office. If you try to pop one of these, you can cause infection and make it much worse.