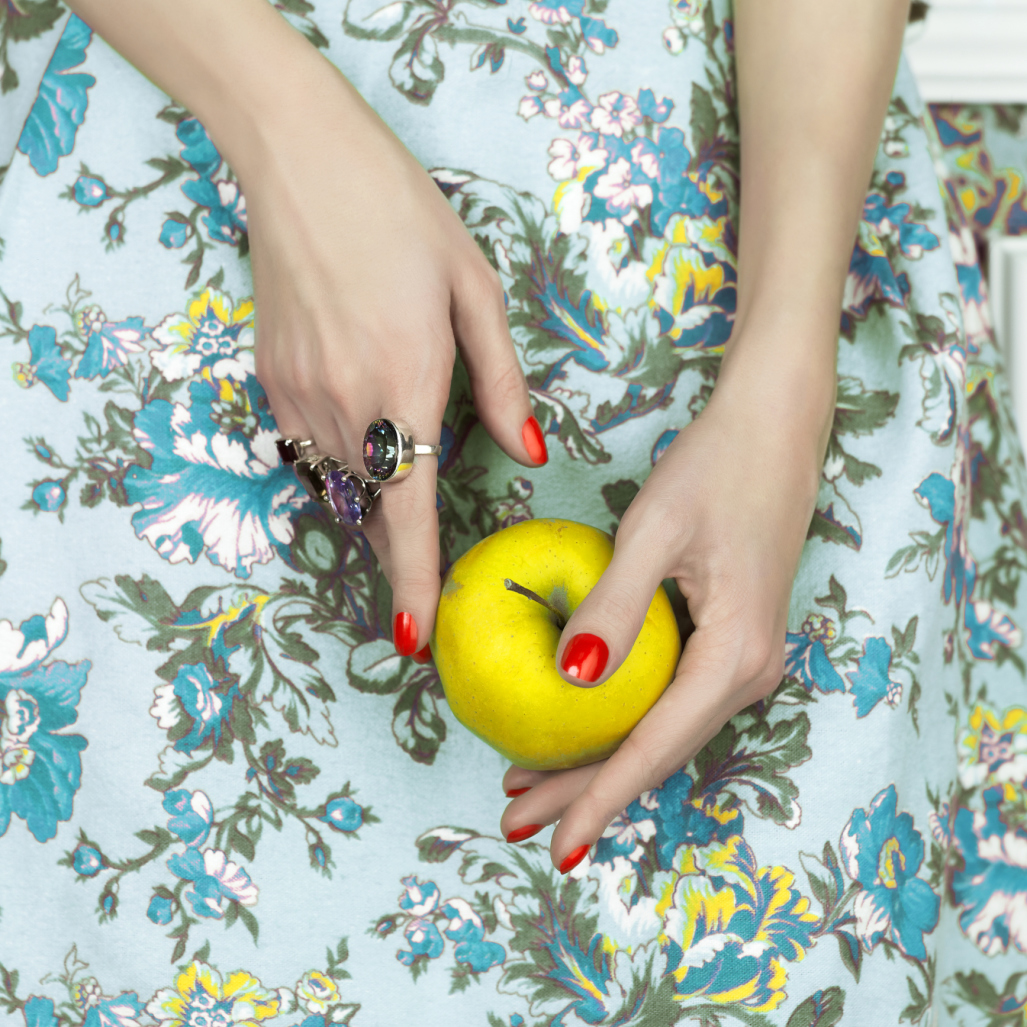 The trick to not buying junk at the supermarket? Fruit! (Photo: Getty)

We all know what happens when you grocery shop on an empty stomach. Instead of leaving the store with your usual stock of fairly healthy staples (produce, milk, whole grains, lean protein, maybe some hummus), you emerge with shopping bags that look like your eight-year-old cousin packed them: chips, cheese popcorn, pink-frosted cookies, some sort of radioactive-looking jarred queso. In other  words, stuff you’d probably avoid on most days. Turns out though, there’s a trick to avoid binge-buying crap: Eat just one piece of fruit before food shopping.

According to a new study from Cornell University, shoppers who ate an apple before they shopped for groceries bought 28 percent more produce than consumers who gobbled cookies. They also bought fewer unhealthy items in general.

The study authors pointed out what we basically already knew—that having a small healthy snack before being surrounded by aisles of food can put us in a healthier mindset—but the reason for this runs a little deeper: Once you eat that healthy snack, your subconscious continues to steer you in the same direction.

The authors also noted that grocery stores would be wise to leverage these findings by offering samples of fruits and vegetables to shoppers upon entering the store—not a bad idea, given fresh produce is typically more expensive than boxed processed food.