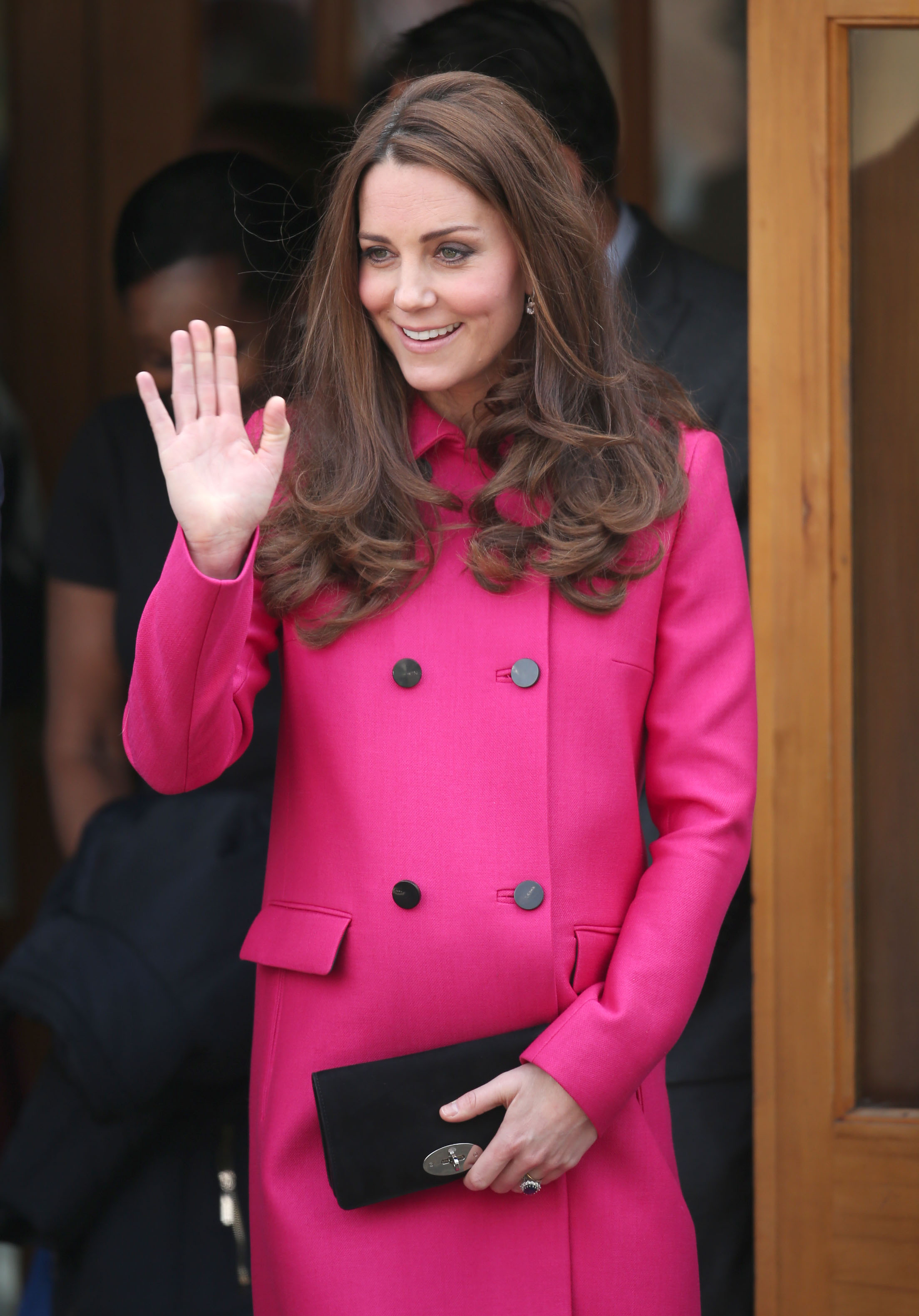 Well, April has come and gone with no baby to show for it. In case you were unaware, it was rumored that Kate Middleton would deliver her second child between April 15 and April 30, but so far there’s been nothing in the way of Royal Baby numero dos.

Obviously, the world is giddy with anticipation regarding the newest addition to the royal family, so we started thinking about ways in which Kate can, um, move things along so we can all start over-analyzing every post-baby thing she does, wears, and buys. (Did we mention how much we love Kate Middleton?)

Of course, the jury’s still out if these methods really work, but they’ve been around long enough that they’re worth a shot—and other celebrities have tried them, too! Come on, Kate: We’re so ready to see the little gal or guy!

1.  Go out for Indian. Or Mexican. Or just eat a bowl of hot peppers.
It’s long been speculated that super-spicy grub can induce labor by irritate the intestines, causing the uterus to contract. It’s been reported that two things Kate loves to eat are cheeseburgers—which are easy to spice up—and sticky toffee pudding, which could be a bit of a stretch. Granted, hot food doesn’t work for everyone: Former Spice Girl Mel B was late delivering her daughter in 2011, and told a British radio station she tried everything—spicy meals included—yet her baby didn’t budge.

2. Or eat a pineapple.
It’s spring, so Kate should have no problem getting a hold of the fruit, which is abundant in the enzyme bromelain, a compound said to soften the cervix. We already know Kate’s a tropical fruit fan: While on her Diamond Jubilee tour in 2012, Kate stopped by the Malaysian Prime Minister’s house and was reportedly very taken with a display of tropical fruit (random, we know) and admitted to “loving” unusual fruit. Hey, we all have our quirks.

3. Take advantage of the palace’s square footage.
Walking is rumored to be a excellent method when it comes to labor induction—actress Selma Blair was notably seen strolling through her L.A. neighborhood because he was three weeks overdue with her son Arthur. Walking can move the baby downward toward the pelvis, which primes the cervix for labor. No word on whether she’s still wearing her ubiquitous L.K. Bennett pumps, but we’re willing to bet she totally is.

4. Drink tea.
We’re assuming the Brit drinks plenty as it is, but it’s been said that raspberry leaf tea is full of vitamins and minerals that are essential to the health of your uterus, and drinking a double brew of this tea can help move you along in the labor process and aid in post-birth recovery. A quick Google search revealed that it’s available at Holland and Barrett at 78 Baker Street, Westminster, London. You’re welcome!

5. Crank the stereo.
Like walking, some say dancing encourages labor, as hip-swaying could move the baby down toward your pelvis. It’s been reported that one of Kate’s favorite songs is “I Like The Way You Move” by the Bodyrockers. Don’t judge: her taste in everything else is impeccable.

6. Try acupressure or a massage.
It’s been said that certain pressure points along your body can help induce labor by encouraging cervical dilation and stimulating productive contractions. In fact, eastern medicine proponents have advised refraining from putting pressure around your hands, feet and abdomen anytime after the first trimester so as to aid in inducing prematurely. We’re sure Kate can scrounge up a masseuse somewhere, if she doesn’t have an in-house one already. Standard accupunture is also  believed to speed up labor, and has been used by ready-to-pop celebrities such as Kate Winslet, Natalie Portman, and Mariah Carey before they delivered.

MORE: The Most Over-Hyped Celebrity Babies of All Time

7. Have Wills draw you a warm bath.
We’re sure Kate could corral her husband and sweetly ask that he draw her a warm bath, which is thought to help kick-start labor because it relaxes nervous moms-t0-be and helps soften the cervix and prepare the body for delivery. Extra points for Wills if he lights candles and tosses in a couple of rose petals.

8. Revisit the activity that got you into this situation to begin with.
And by activity we mean have sex with Prince William. Sex has long been a rumored method of inducing labor, as semen contains a hormone-like substance called prostaglandin—which is used in synthetic form to induce labor (true story!). Breast stimulation is also thought to hasten labor and orgasm can trigger uterine contractions. Researchers claim that there’s no scientific proof to this mode, buy hey, it can’t hurt to try!