For the majority of my almost-thirtysomething years (!), occasional breakouts have been the extent of my skin-care issues. I’ve never known the pain of debilitating cystic acne, psoriasis, or eczema; something I feel very fortunate for. In fact, I’d never even seen a dermatologist until my early 20s. Skin care has always been the part of my beauty routine I experiment with most, simply because my skin is Teflon against pretty much anything and everything … or so I thought.

During two recent appointments, including one where a fancy machine measured all aspects of my skin (brightness, UV exposure, wrinkles, etc.), I was told that “texture” is something I need a little help with. Immediately, I was confused because as far as I’m concerned, my skin is pretty damn smooth. But this is one of those skin factors that isn’t as apparent as say, acne or redness, because it really starts underneath the surface and sort of sneaks its way in. For instance, while my skin isn’t rough or bumpy, it does appear lighter in my T-zone and darker toward my hairline. Not only is that discoloration, according to my facialist; it’s also a telltale sign of uneven texture. So how do you fix something that isn’t always so easy to detect?

Who better to answer that question than Shani Darden? In addition to having a top-selling namesake collection of her own, she’s the trusted aesthetician for a handful of celebs, including Rosie Huntington-Whiteley, Jessica Alba, and Kelly Rowland. Ahead is her advice for rehabbing skin with uneven texture.

MORE: 11 Products Made with Centella Asiatica, the Ultimate Skin Multitasker

When describing skin texture, we’re simply talking about how smooth the surface of the skin is. According to Darden, skin with even, smooth texture is well-hydrated and without clogged pores or raised bumps. There are a number of factors that can cause the skin to feel rough or look dull; the most common being rosacea, acne, chronic sun exposure, and extreme dryness. But overall, an excess of dead skin cell buildup is the usual culprit, which brings us to the easiest treatment method.

MORE: The Water-Resistant Products You Need for a Sweat-Proof Summer

Since cellular turnover is what brings new, fresh skin to the surface and keeps it in tip-top shape, Darden says frequent exfoliation is what will ultimately keep your texture on point. There are a couple of different ways you can go about this:

If you have access to a facialist, aesthetician, derm, or other skin-care experts, there are a number of skin-resurfacing treatments that smooth the skin at the an accelerated pace. For instance, during a chemical peel, a prepared solution of acids and/or enzymes are applied and left on the skin for minutes. The type of peel you get will determine which skin issue is being directly addressed.

During microdermabrasion, top layers of the skin are exfoliated with a slightly abrasive tool to diminish dark spots, acne scars, and other skin marks that contribute to uneven texture. And according to the American Society of Plastic Surgeons, it also thickens collagen, so your skin looks and feels plumper.

Laser skin resurfacing is another skin-smoothing treatment that can be performed by a skin expert. This is slightly more intense than microdermabrasion, as beams of light are directed toward the skin to remove damaged skin from both the epidermis (outer layer) and dermis (inner layers).

If lasers and sharp tools aren’t your jam, there are also a slew of simple lifestyle changes you can make, including a consistent sleep schedule, exercise, and healthy diet. For a more streamlined approached, start by working this set of skin- and hair-specific smoothies into your daily meal schedule.

Chemical exfoliation, which Darden specifically suggests, can be broken down into two main categories: mechanical and chemical. The former refers to actual tools, such as a Clarisonic brush, as well as natural ingredients with exfoliating properties, like salt or sugar. Chemical exfoliants are just that: actual chemicals that aid in cell turnover. And according to Darden, these are the most effective ways to treat uneven skin texture.

The most common type of AHAs include glycolic acid, lactic acid, malic acid, tartaric acid, and citric acid. The most popular BHA is salicylic acid. Retinol is a form of vitamin A that mainly boosts collagen production (hello, plumpness!) but can also correct discoloration and breakouts.

As we’ve noted before, certain acids are best for certain skin types. We can all benefit from chemical exfoliation; it’s simply a matter of knowing how much of each one your skin can tolerate.

“I think what it comes down to more is the frequency in which you use the products. Retinol and AHAs/BHAs are the superstars of skin texture, and some might find that they can only tolerate using a retinol serum a couple nights a week,” says Darden. “Other people may find that they’re able to use it nightly.”

She generally recommends using a chemical exfoliator one to two times a week, with the second time being up to whether or not your skin can tolerate it. There are a plethora of ways you can get your exfoliation fix, whether it’s through a product that contains just one type of chemical or some combination of all three. For instance, Darden’s Texture Reform contains a form of retinol as well as an AHA.

“I developed Texture Reform to address the various concerns that can affect the texture of your skin. It’s amazing for anti-aging and helping with acne as well. It contains retinyl palmitate, which is an incredible ingredient that will boost collagen in the skin and increase cellular turnover. It also contains lactic acid, which is an alpha-hydroxy acid that will exfoliate the layer of dead skin on the surface to reveal brighter, smoother skin.”

Ultimately, it all boils down to trial and error, until you find what works best for you, but Darden’s foolproof tips definitely lay the groundwork. Until then, peruse three of the newest skin-smoothing products below: 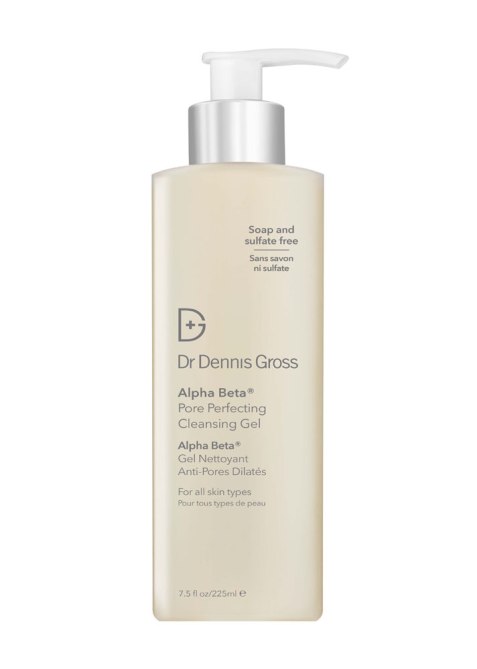 The non-stripping cleanser made with willow bark, a form of salicylic acid (BHA), gently lifts dead skin cells off the face without completely stripping it of natural oils and moisture. 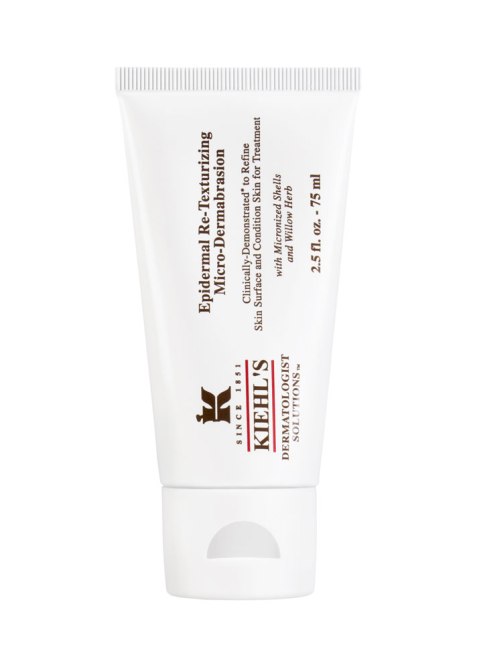 This polishing cream, meant for use just two to three times a week, is made with a mix of exfoliators and natural moisturizers (like shea butter) to provide the same skin-smoothing benefits of a professional microdermabrasion treatment. 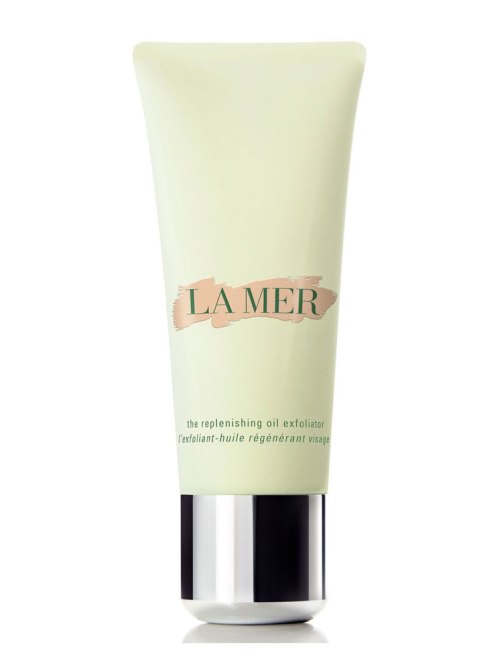 This luxe facial scrub is made with a slew of mechanical exfoliators, including sea kelp fibers and sugar crystals, to detoxify and brighten a dull complexion.