Changing your natural hair color is a God-given right, but it’s not without its follies. Pretty much everyone who messes with dye has scrambled to figure out how to get rid of brassy, orange hair at one point or another. After one too many dye-gone-wrong moments, we’ve finally figured out how to get rid of brassy hair (and the ingredients are in your kitchen, right now).

But first, a backstory: I’m a brunette who started coloring her hair in the eighth grade—a semipermanent potion that imparted a quintessentially late-’90s auburn tint that I applied in my friend Elisabetta’s Upper East Side bathroom. We’ve since experimented with almost every shade in the book: black, Debra Messing red, mousy brown, light brown, espresso brown, and DIY ombré.

Eventually, I realized that the best and most flattering color for my skin tone is cool medium brown with a few blonde highlights. Easy, right? You’d think, but it’s taken me years to pin down a colorist who understands the exact science of working with brown and blonde without depositing any warm tones whatsoever. (Shout-out to Julie at Pembley!)

Still, my hair does tend to pull red after my color’s faded, and both my highlights and base tend to get brassy with time—something that bothers me way more than it should. If I see one trace of orange, gold, or red tones, my day is pretty much ruined, dramatic as that may sound.

That’s why, when I couldn’t get an appointment with my colorist, I spent the entire day researching DIY fixes for brass tones (beyond standard purple and blue shampoo). Most of what I found wasn’t bad, but tended to leave my hair looking a little fried and only truly worked on the blonde sections.

MORE: The 10 Hair Mask Tips No One Ever Tells You

I needed an overall fix, which is how I stumbled upon a concoction of red and blue food coloring and distilled white vinegar.

You might think this sounds crazy, but there are numerous blog posts and Pinterest boards dedicated to this method. They all vary slightly, but the basis is the same: Mixing red and blue will make purple, which neutralizes yellow-orange shades; and white vinegar is pretty much the OG for legitimate, holographic shine.

Here’s exactly what I did:

Some beauty bloggers use neon purple food coloring for vibrancy, but I couldn’t find it at my local store—and when I get the urge to mess with my hair color, waiting a day or two for Amazon to deliver is out of the question. I needed those red tones gone, like, yesterday.

MORE: How to Dress According to Your Skin Tone and Hair Color 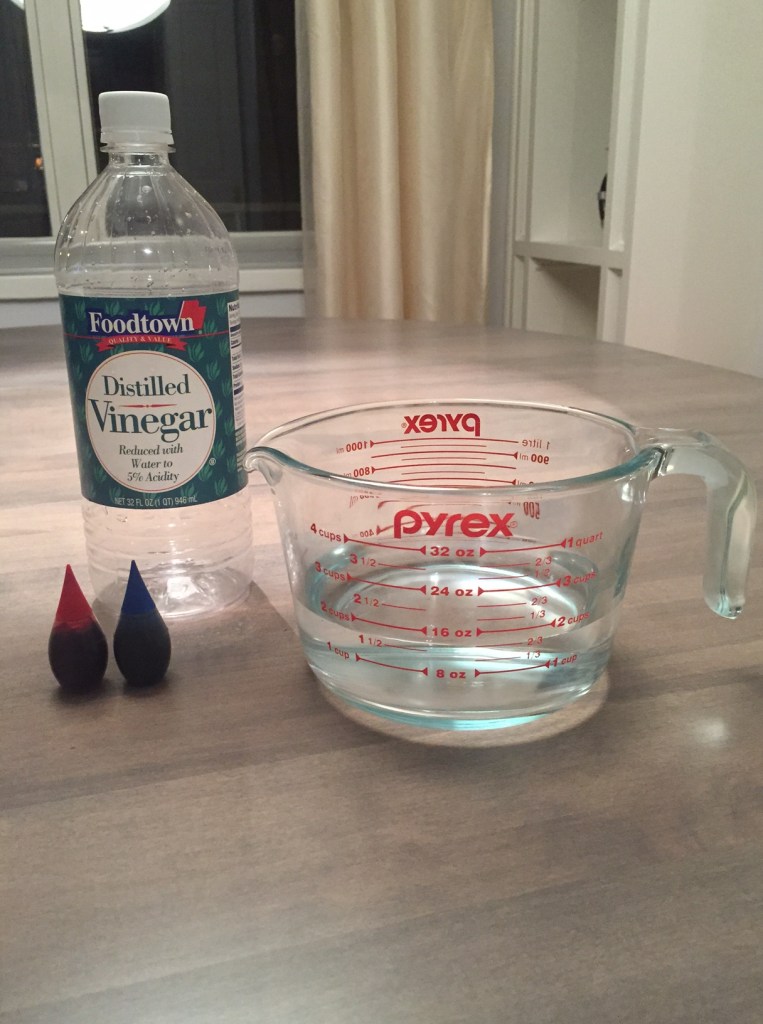 Once I mixed the ingredients together in a measuring cup, I brought it with me to the shower, where I used shampoo and conditioner as I normally would. After rinsing, I poured the entire toner mixture evenly over my hair (be careful to tilt your head back to avoid getting it in your mouth and in your eyes—vinegar burns like a mother), let it sit for about 10 seconds, then rinsed it out.

From there, I combed my hair, added my usual mixture of Phytodefrisant (a quarter-size amount), Redken Frizz Dismiss Rebel Tame (a nickel-size squeeze), and a few pumps of Shu Uemura Straightforward Time-Saving Blow Dry Oil Spray, and let it air-dry for about an hour. During that time, I could absolutely see a difference in the tone of my highlights, but it wasn’t until I used a hair dryer that I was able to see zero traces of brass throughout. It really, really worked.

MORE: The Best Silicone- and Sulfate-Free Hair Products Around 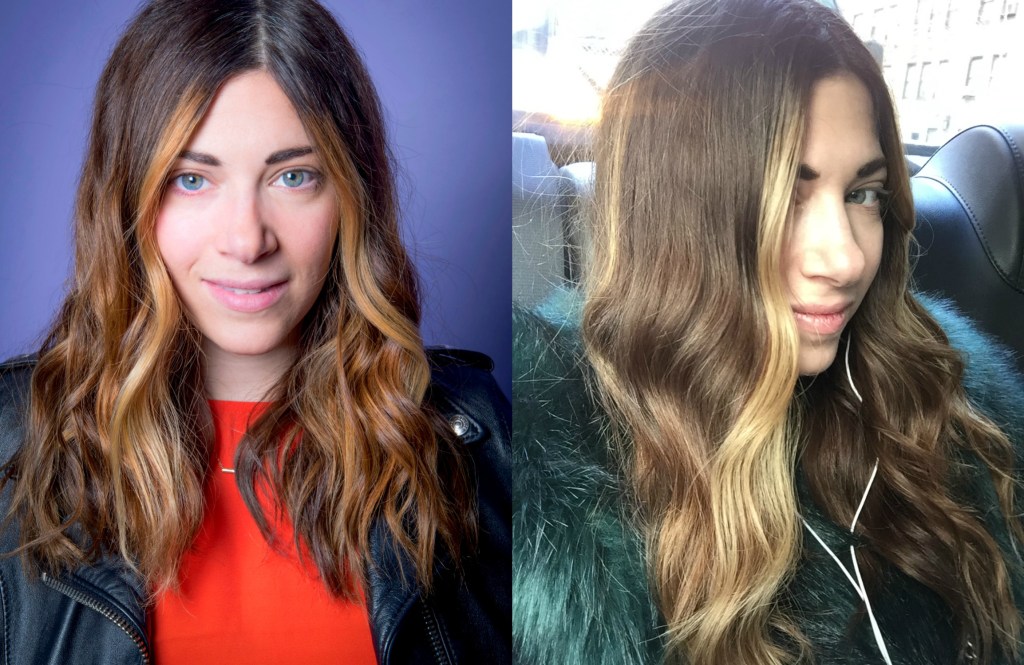 For further evidence of how well this worked, reference the photo above. The pic on the left is me a few months ago; the right, me after my at-home toner.

Some sites prefer to swap out the vinegar for white conditioner, but I’m going to stick with the vinegar. My thick hair usually leans toward matte, so it’s nice to have that extra boost of shine.

So far, I’ve done the toner treatment twice. It’s not permanent, so it won’t eradicate brass for more than a week or two, but—as someone who will wear a hat if my hair starts to turn orange until I’m able to get to my colorist—it’s been a game-changer. It also costs around $6, which is cheaper than a chemical-filled boxed toner.

A version of this article was originally published in February 2016.