Think back to the last time you had a makeup fail. You know, maybe you sneezed right after applying mascara, leaving you with a black splotch across your eyelid, or maybe you overcorrected your liquid liner to the point where you looked like a 2003 goth child. Hey, it happens to the best of us. And it almost always makes for a somewhat entertaining “omgggg” text to your friends.

So when we saw people on Reddit going bananas over a botched MAC eyeshadow tutorial, we were skeptical. Like, really—how terribly, horribly wrong could a makeup tutorial go, especially one that involves the simple task of fixing a broken eyeshadow? Apparently, very wrong. 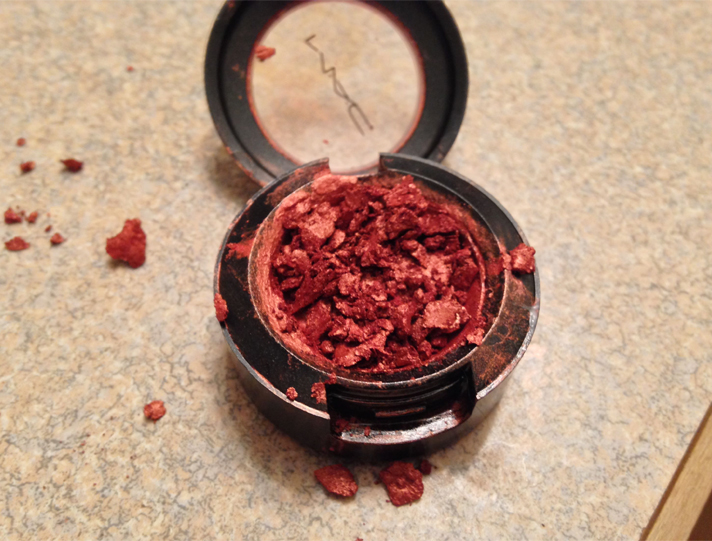 “I thought this was just going to be a normal old shadow-pressing tutorial, but the twist ending really invigorated the genre,” said one user. “I’m feeling very vulnerable right now,” commented another. And, the response that summed up the ordeal best? “Oh, noooo.” Which is pretty much exactly what we said out loud when scrolling through the tutorial’s pictures.

Though this is totally SFW, the pictures might hurt your MAC-loving heart. Check out the entire tutorial on Imgur (make sure to read the captions), and don’t let your I’ve-seen-this-before impatience get the best of you—read all the way until the end. And then come back here and say it with us: “oh, nooo.”

MORE: This is How Often People Actually Wash Their Makeup Brushes