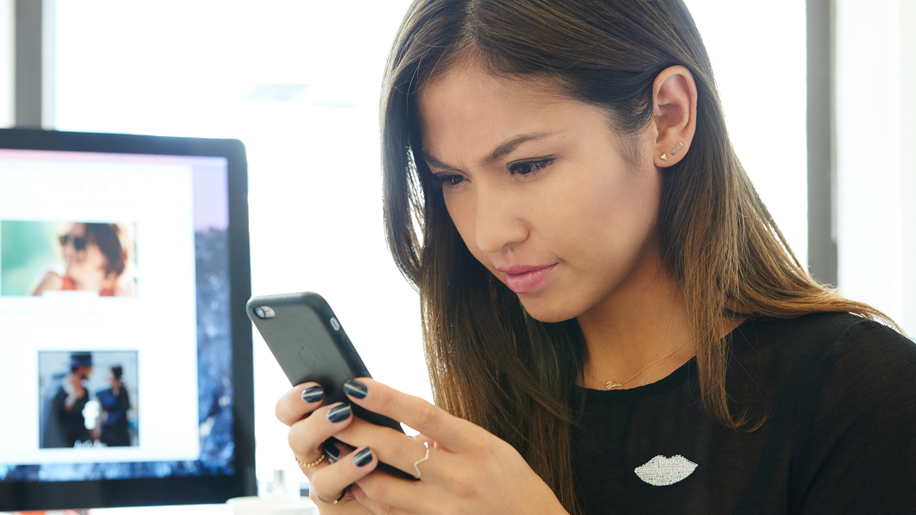 It should come as a surprise to nobody that our constant exposure to technology is changing the way we live in a pretty dramatic fashion. Some symptoms are more obvious than others, like the fact that paper maps and guidebooks have been rendered pretty much obsolete in the age of Google Maps. But other symptoms fly a little more under the radar, like the signs of premature aging we’re all incurring, largely without even being aware of it, as a result of our daily lives becoming inextricable from the use of iPhones and laptops.

You’ve probably heard of “tech neck,” a charming term the horizontal neck wrinkles and chin sagging caused by the way we tilt our heads down when we text or use our iPads to navigate Facebook. But that’s just one of the negative effects of technology that dermatologists are seeing in their offices each day. There’s also acne caused by increased usage of cell phones—because that screen gets grimy—and crow’s-feet that form as a by-product of the way we squint at our phones and computer screens.

It’s tough to swallow, especially because, as far as we’re concerned, there’s no real way to avoid technology on a day-to-day basis. Are we just going to evolve into a species defined by our weird chins and wrinkly eye areas? That’s not important. What is important is that we alter our habits, even if just a tiny bit, to make them a little bit less damning on our looks in the long run.

Let’s start with tech neck, which is one of the most common (and relatively new) complaints derms are hearing nowadays. “Holding your phone low and constantly looking down can cause the collagen in your neck to break down and create that undesirable turkey-looking neck,” explains Cosmetic Dermatologist Paul Jarrod Frank, MD. The best way to prevent tech neck from developing in the first place—we promise you’re not too far gone—is by holding your screen at eye level, regardless of how weird it looks or feels at first. “It’s all about maintaining good posture,” dermatologist Julia Tzu, MD, of Wall Street Dermatology confirms. 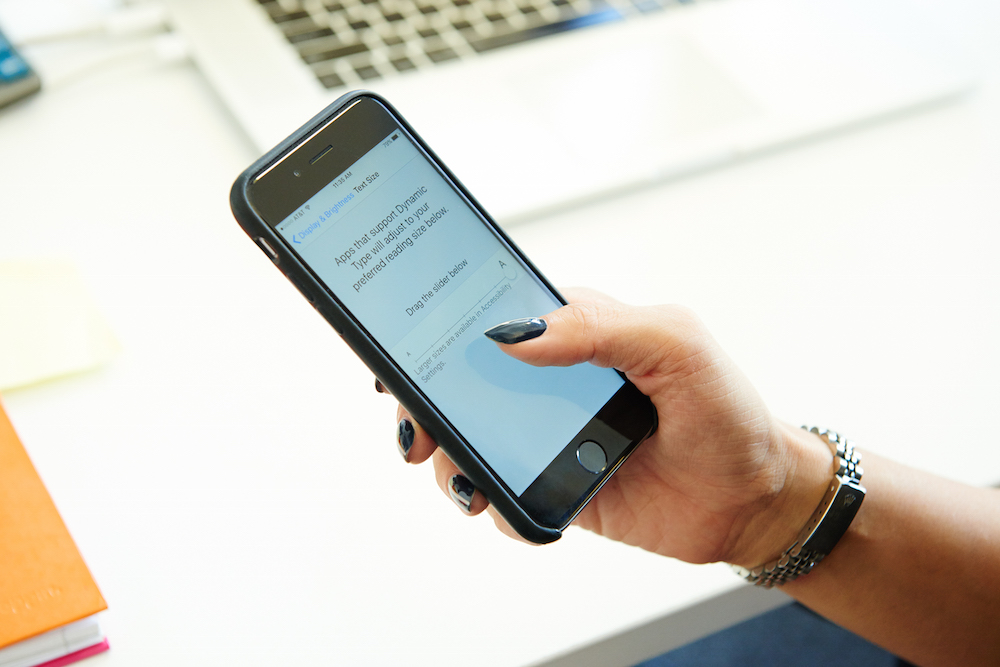 As for those breakouts in what Dr. Frank calls the “phone zone”—the areas along the sides of your face—there’s only one way to put an end to it: Use an antibacterial cloth to wipe down your phone screen. It sounds like something only your weird germophobe uncle might do, but it’s the key to keeping that bacteria away from your skin. And to avoid developing crow’s-feet long before you’ve earned them, increase the font size and brightness on your phone or computer so that you’re no longer straining to read the text. Yeah, it’s that simple.

Dr. Tzu reasons that our technology addiction has its upsides too. “The good news is that technology is allowing everyone better access to information on how to take care of the skin,” she notes. It’s true: Now we can Google “should I pop this zit?” before we actually pop a zit, and someone out there is able to give us a flat-out answer. (The answer is no. No, do not pop it.)

And never underestimate how much of a difference it can make to extract yourself from the computer screen for just a few minutes here and there throughout your workday. Sure, it helps relax the muscles around the eye, but it also gives your brain a break too.

Dr. Tzu reminds us: “Increased use of technology is keeping more people indoors and out of the sun, which means less sun-damaged skin.” We know that’s supposed to sound like a good thing … but it’s kind of scary to think about, isn’t it? Now go get that vitamin D.