If we’re being totally honest, we’ve all struggled with acne at one point or another. And it sucks. Sometimes we just want to disappear rather than deal with the challenge of trying to cover our acne with makeup, or heading into the world au naturel. Between red spots, cysts, and scarring, we’re pretty sure it takes a freaking wizard to fake flawless skin. So unless you’re Hermione Granger and can cast a spell to make your acne disappear, you’re going to be thrilled when you see this woman’s insane before-and-after pic showing how to perfectly cover a breakout.

MORE:  25 of the Best New Haircuts to Copy This Spring 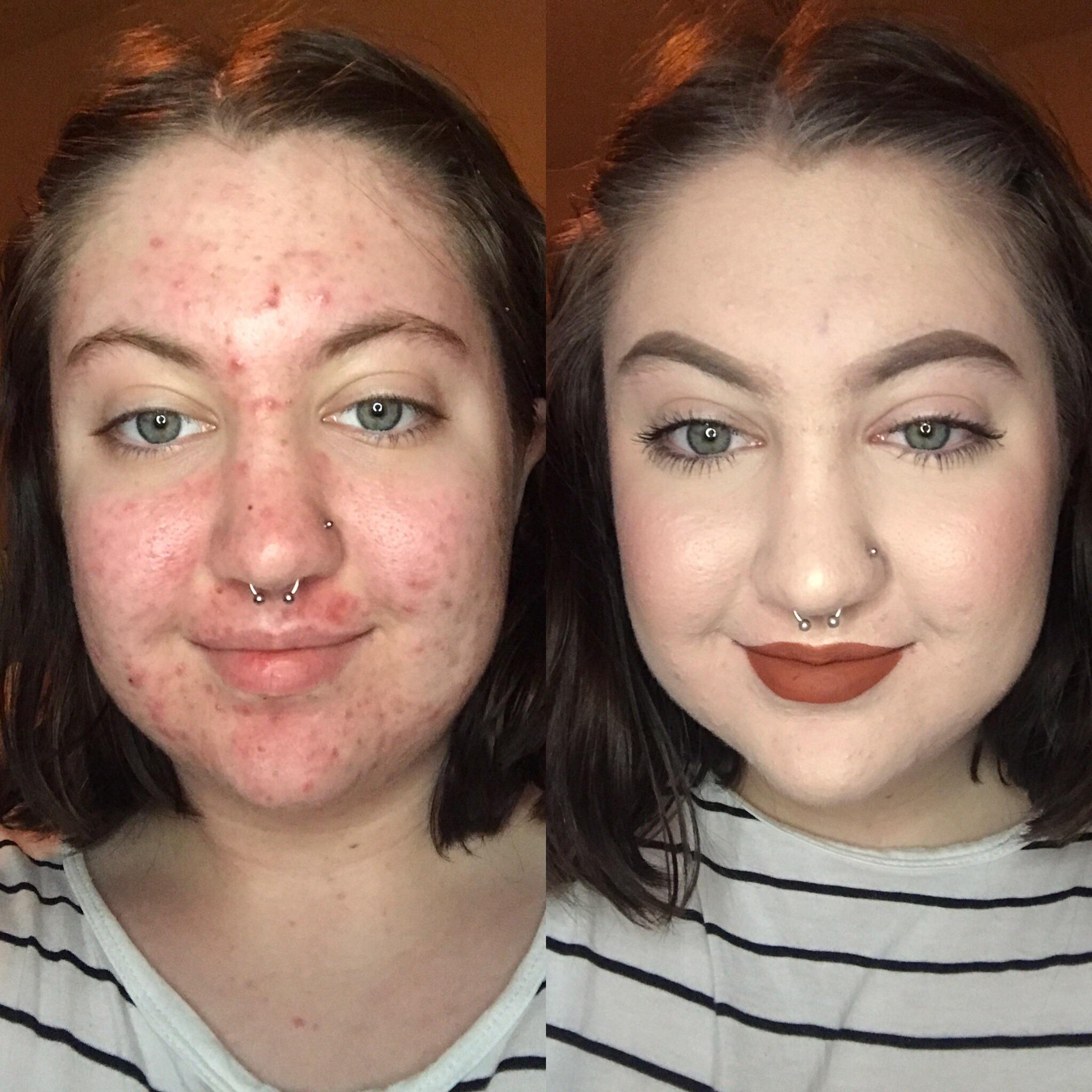 While we’re not saying you *have* to cover up your skin, at the same time, we can appreciate this woman’s downright magical powers. Lucky for us regular humans, the Reddit user who posted the photo, Peachyjax, gives us the entire breakdown of the products she used for this insane transformation. BRB while we run to the store and promptly buy them all.

For her foundation, Peachyjax credits L’oréal Infallible Pro-Matte Foundation, a light and long-wearing formula that lasts up to 24 hours. To hide the areas that need better coverage, she used Tarte Shape Tape Contour Concealer, which is packed with nutrients, like Amazonian clay and conditioning mango seed and shea butters. She also used Maybelline New York Fit Me Matte and Poreless Powder to mattify her face and set her foundation and concealer. Peachyjax finished off her look with Anastasia Beverly Hills The Original Contour Kit, Nars Blush in Orgasm, and Becca Shimmering Skin Perfector Pressed Highlighter in Moonstone. So with the wave of a wand, or you know, a makeup brush, your wish for flawless skin will be granted.

MORE: Why Your Zit Keeps Coming Back in the Same Spot (And How to Fix It)