Fact: Diets can be mind-numbingly boring. Between eating the same things almost day, abstaining from what we love, and limiting our intake on so-called “bad” foods, it’s no wonder that most dieters experience astronomical failure rates. Another fact: There are ways to buck the system when it comes to casual dieting by—for lack of a better word—cheating once in a while.

MORE: Yikes! 10 ‘Healthy’ Foods That Can Make You Fat

We’re not talking about claiming a regular table at your local McDonalds, but rather making informed decisions about the foods you crave. Here, we’ve highlighted exactly how to cheat on your diet, and still lose weight in the process. 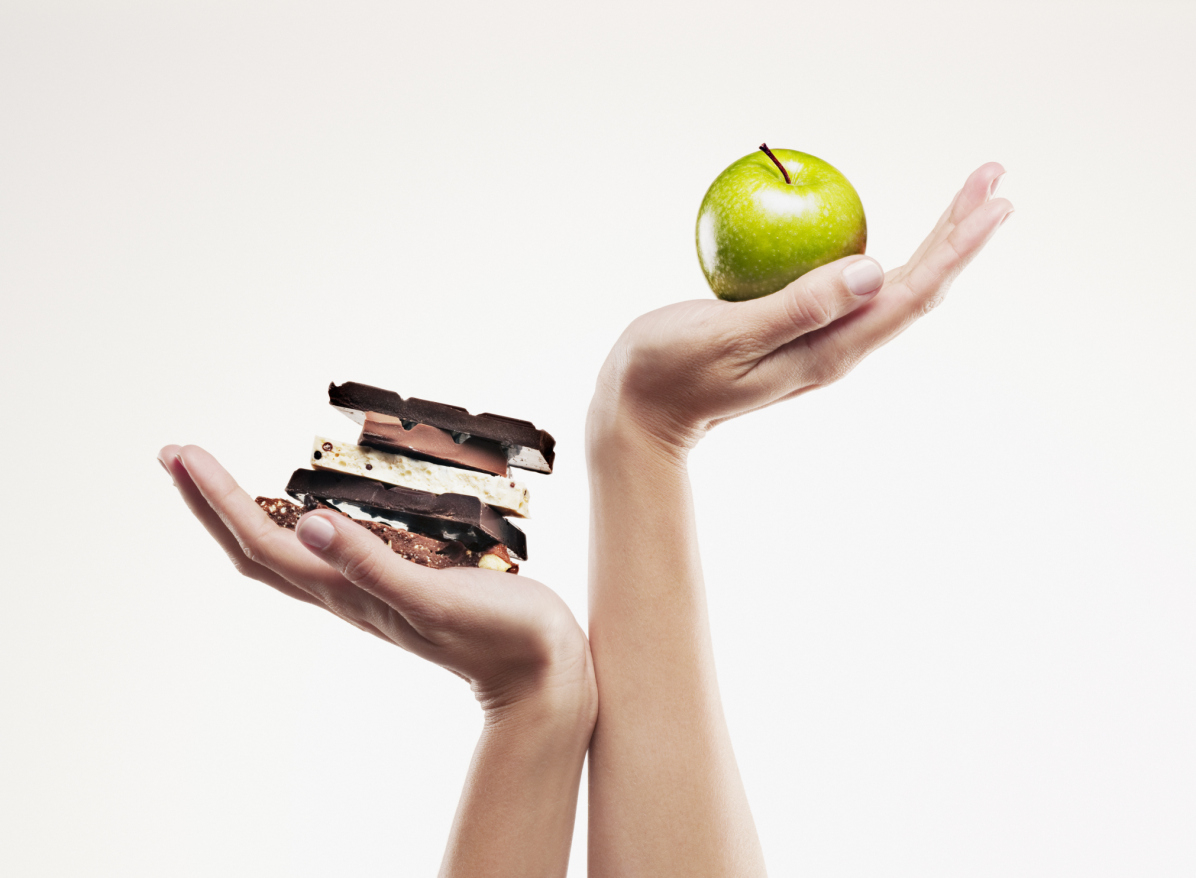 1. Memorize the calorie count of your favorite food.
Knowledge is power, and memorizing exactly how many calories are in that slice of pizza can help you mentally manage what you eat the rest of the day. Even if you’re not on a diet per se, this tip is still a good one, as it’ll allow you to make wise choices with little effort.

2. Cheat the system.
The easiest way to indulge and still stick to a healthy eating plan is to cheat the system by making simple swaps and practicing portion control. A few examples: Remove the top half of a bagel and cream cheese at brunch, use a bit of light butter spray on a cup of air-popped popcorn instead of eating a large vat with full-fat butter, and replace calorie-laden mixed cocktails with cleaner versions once in a while.

3. Eat better food.
It’s as simple as that. Fill up your diet with reasonable portions of foods that are packed with benefits but that also taste great. For example, if you love protein-filled cheese, why not treat yourself to an ounce of the really good stuff once in a while, as opposed to forcing down a fat-free version that tastes like plastic (which will only make you want the real cheese even more)?

Same goes for things like meat—if you’re a carnivore, indulge in three to four ounces of lean high-quality steak occasionally, as opposed to eating bland skinless chicken or steamed fish every single night of the week. Plus, by buying good quality beef, you won’t have to doctor it up with things like tons of salt and butter.

4. Get in extra exercise.
If you know you’re going out and plan to indulge, why not hit the gym a little harder leading up to the event? This will not only make you feel okay about eating and drinking what you want, but it’ll also benefit you in other ways, such as increased energy and a boosted mood. Win win!

5. Pay attention to your food.
That may sound odd, but how often do we scarf down meals while doing 100 other things without really tasting a thing? If you focus on what you’re eating, you’ll feel satiated—especially if what you’re eating can be considered a splurge. If you’ve been extra-diligent about eating clean, and decide to treat yourself to a piece of cake, really enjoy it and savor every bite, as opposed to wolfing it down in three seconds and barely tasting anything.

6. Choose flavor.
As Web MD smartly points out, it pays to eat what you love in its most intense and tasty form. This way, you can have less of it, yet still get the flavor you crave. Love truffle fries? Buy a bottle of truffle oil and drizzle it on roasted veggies. Are you a salt addict? Sprinkle a pinch of potent, delicious sea salt on food  instead of shaking standard table salt onto every dish.

7. Try following a plan that encourages you to cheat.
Certain diets allow you to eat pretty much what you want, but with stringent restrictions. “The 8-Hour Diet,” for example, encourages followers to enjoy the foods they want—but only during a strict eight-hour period three days a week. The argument is that by limiting the times we eat, our bodies get a chance to reboot, process nutrients and properly get rid of toxins. ‘

Even if you’re not willing to follow an actual diet, choosing one ‘cheat’ day each week allows your body to take a rest from the healthy plan you’ve been sticking to, lessening temptation. Also, according to Dr, Oz, going off your diet once in a while stimulates the thyroid gland and can “wake up” your metabolism.