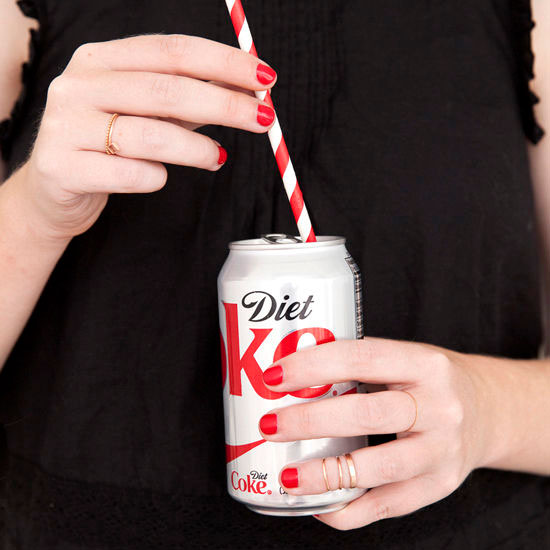 It’s been a couple of years since I’ve had more than a sip of soda, but I can still clearly remember the feeling I got every time I took a cool can in my hand, cracked it open, and gulped down the first fizzy mouthful. It was pure happiness. Until I took it too far and some scary side-effects kicked in.

Looking back at my years of diet soda addiction, it’s unbelievable that I kept doing something that made me feel so crap for such a long time (yes, I know that’s the nature of most addictions.) Cola fiends will know the symptoms I’m talking about—the quickened heartbeat, upset stomach, sensitive teeth, foul aftertaste, and caffeine-induced headaches you get from drinking too much—or not enough—of your daily fix.

My story begins in 2011 when I started a new job at an office that kept the fridge stocked full with fizzy (and free!) drinks. I started small, sipping on a can in the afternoon as my 3 p.m. pick-me-up, and slowly kept upping the consumption–a classic signs of an addict in the making–until I was gulping down a couple of liters every day.

I don’t drink coffee, and looked forward to my mid-morning cola-induced caffeine kick from the moment my alarm went off each day, and had convinced myself that 10 a.m. was a totally acceptable time to start on the Diet Coke, and then wouldn’t stop until it was time to clean my teeth at night. Kind of sounds like an alcoholic waiting until midday for some wine, right?

In 2012 I started a new job, and took this unhealthy habit with me. Now I was working late a lot, regularly staying at the office until after 11 p.m. and relying on a steady diet of sugar-free cola to fuel my ability to keep going and going and going. I’d keep a liter bottle of the stuff on my desk, and drink it well into the night. 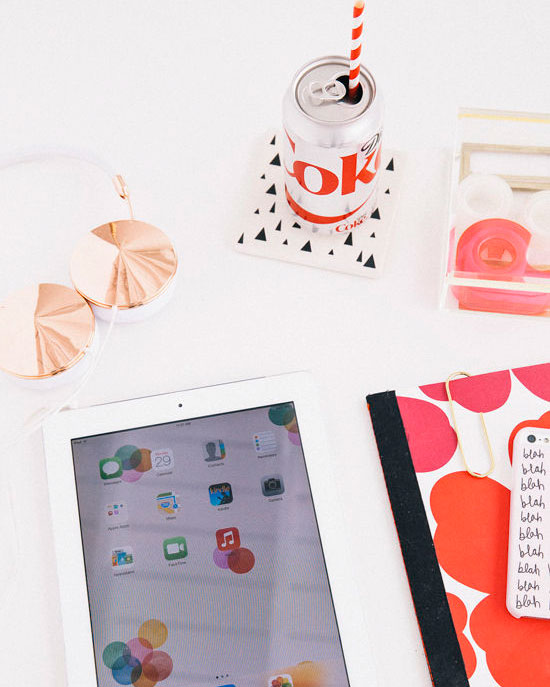 By mid-2012 I’d caught every cold going around the office that year, and hadn’t enjoyed a full night’s sleep in months, so I made the decision to ditch cola completely.

Of course, the jury’s out on whether Diet Coke, and specifically the cocktail of chemicals that gives diet drinks that sweet and sugary taste, sans calories, is really so bad for your health. However a study in the Journal of General Internal Medicine linked drinking diet soda every day with a higher risk of heart attacks and strokes. More research presented at a American Diabetes Association meeting showed that drinking diet soda is linked with having a wider waistline.

I don’t know about you, but none of that sounds at all appealing to me.

My own experience agrees with the studies: After quitting, my skin was noticeably clearer of pimples and blackheads, it became easier to sleep, my digestion improved, I was less anxious and stressed, and generally I felt a million times better than I had in months. Now, when I hear stories about people who drink liters every day, I’m reminded just how different my life is after ditching the stuff.

Yeah, things were pretty bad, but now it’s the end of 2014 and I haven’t touched diet coke in two years. If it sounds like a habit you want to stop, keep reading for some things I learned while breaking-up with this bad habit.

1. You have to believe this is a good thing.

I’m going to get heavy on you here, and I know we’re only talking about soda, but I couldn’t have broken this habit without being completely convinced that it’s bad for my health. There’s no room for doubt when you’re relying on willpower to battle an addiction. Do your research into the chemicals that go into sugar-free cola, and make up your own mind.

In the spirit of total honesty, you should know that I tried to give up diet coke a few times, and failed. I really think the reason things worked out on the last try is because I decided to stop trying to completely cut the drink out of my diet. Instead, I’d cull down to just one small can in the afternoons, and then eventually let myself only have a drink on the weekend. You know, the way normal people consume cola.

It took a couple of months, but gradually I found myself feeling less and less desperate to chug down a family sized bottle every single day, and soon my relationship with diet cola wasn’t a dependency, it was a decision about whether or no I felt like one.

MORE: I Cut My Huge Wardrobe Down to One Suitcase: A Fashion Editor’s Story

Almost immediately (I’m talking a few days) after cutting my consumption I noticed my skin clearing up and my digestion improving. I’m no doctor, but I don’t think that’s just a happy coincidence. As I started to feel better, it became more obvious just how bad this habit was for my body, and I found myself naturally wanting to drink it less.

3. It helps to pick up a new, healthier habit.

For the few months that I spent easing back on my diet coke habit I started drinking peppermint tea like a crazy person. I had a teapot on my desk at work which I would keep filled up throughout the day. Every time I felt the urge to have sip of something bubbly, I’d reach for the peppermint tea instead. It’s also around about that time that I started appreciating dark chocolate–a couple of squares in the afternoon acted like a little hit of caffeine and helped to curb the diet coke drinking.

4. You will see positive changes everywhere.

Ditching diet coke was a gateway to many more healthy habits in my life. I felt naturally more energetic after cutting out caffeine almost completely from my life, and more confident thanks to my skin starting to clear up. Around the time I quit I found myself wanting to eat more healthily (and actually following through), and I began showing my face at the gym in the first time for a long time.

MORE: How To Kick Your Caffeine Addiction