Stress, hormones, makeup, late nights, a crappy diet: It’s been pounded into our heads that these are the causes of less-than-perfect skin. But it turns out, just being a human in the world—especially if your world happens to be a place like New York City, or any other highly polluted epicenter—is probably screwing up your complexion, too. Specifically, multiple studies have shown that irritants in the air can age you in the form of hyperpigmentation—also known as a dreaded dark spot—and inflammation, which can amount to redness, irritation, and fine lines, says Joshua Zeichner, Director of Cosmetic and Clinical Research at the Department of Dermatology at Mount Sinai Medical Center. “Basically, particulate matter from smog and pollution can deposit on the skin, causing free radical damage.” Cool.

Even more, all that crap in the air can break down collagen and the lipid layer, impairing the skin’s barrier function, adds dermatologist Annie Chiu of The Derm Institute: “Just a couple of hours of exposure to today’s pollution levels can cause your skin’s antioxidant levels to drop by 25 percent. In a few weeks’ time, it can be depleted by 75 percent.” Couple that with all the damage the sun’s probably doing to your face should you decide to forgo sunscreen (don’t do that, ever), and you’re probably tempted to never spend another day outdoors again. But alas, there’s an solution, and it’s something you (hopefully) already do: Wash it off—but not with just anything.

“The newest generation of facial exfoliators combine effective dirt removers along with calming, soothing, and brightening ingredients to counteract the effects of environmental exposures like pollution,” says Zeichner, who recommends getting rid of the first layer of dirt with a sonic cleansing device like the Clarisonic, then following with something like Dermalogica’s new Daily Superfoliant, an AHA-laced exfoliator with activated binchotan charcoal that can adsorb pollutants that get trapped in skin pores. Chiu also recommends exfoliating with a AHA-fomula—and keeping it on as a mask, while you’re at it—as an effective way to get the gunk out. 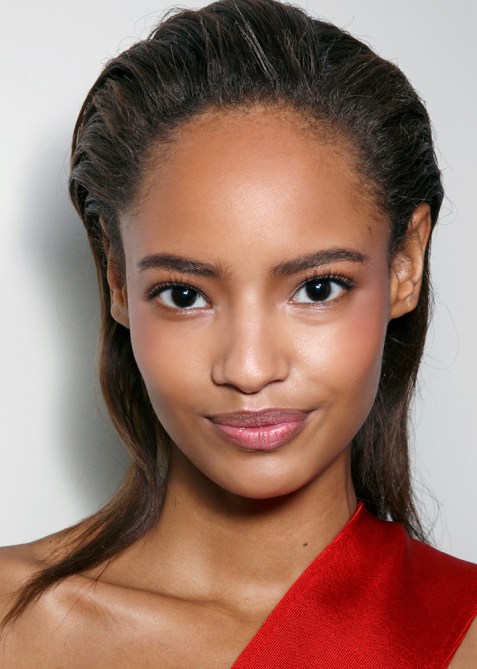 Since the Daily Superfoliant ticks both boxes, I decided to swap it into my routine for a few weeks. I was already familiar with the product’s super-fine texture—it feels like tiny bits of soft sand—since I’m a big fan of the brand’s Daily Microfoliant, which I’ve been using for about a decade now, but I don’t charcoal products are too drying for me, especially in the winter, so my hopes weren’t exactly high. Turns out, even though my pores aren’t generally much cause for concern, my skin felt smoother, and the redness that crops up around my nose when I wash my face at night calmed down a bit. Another fun side effect: Though my face usually starts flaking on a near-daily basis once December arrives, I’ve seen minimal signs of irritation, even after spending a solid four hours outside during a 30-degree day.

While Diana Howard, Vice President of Research & Development at Dermalogica, credits the Daily Superfoliant’s high pH-level for its ability to open pores and get the gunk out, thereby reducing overall inflammation, we’d rather call out the formula’s protein enzymes and the AHAs—lactic and malic acids, specifically—for its skin-smoothing abilities.

Even if you’re not ready to swap out your exfoliant, both Chiu and Zeichner say there are other ways to keep pollution from wreaking havoc on your face: “There’s new data showing that application of selenium rich thermal spring water reduced markers of inflammation and pigment production in a model of pollution and the skin,” Zeicher says, offering a pretty cheap, albeit not perfect solution. Chiu, however, recommends using an an antioxidant rich moisturizer with vitamin C or green tea extract to combat oxidative pollution damage. To figure out which solution is best for you, check out our favorite products to battle the skin-damaging effects of pollution below.

MORE: How to Make Dry Skin Look Dewy—Even When It’s Flaking Off