Confession time: When I was in my mid-teens, I spent every morning straightening my hair in oblivion. (Don’t judge: The early-aughts were a hard time for anyone with naturally curly hair living in New Jersey.) And in an effort to disguise my dead ends, I dyed it—often. Like, twice-a-month often. I’d grab a couple boxes of the at-home stuff and let my best friend go HAM, making me a shade or two darker until my brown hair was Morticia Addams-level black. Eventually, I went to a professional to fix the dual-toned mess, and her best advice was for me to chill with the dye for a while lest I wanted my hair to fall out. Instead of asking any questions, I just sort of sheepishly bowed my head in shame and left with my tail between my legs.

MORE: This Quick Trick Will Reveal If Your Hair Is Healthy or Not

While I know now that it was a mix of heat-styling with a cheap straightener and my reckless usage of at-home hair dye that caused all the breakage, I have to wonder: How often should you dye your hair if you want it to be healthy?

Before we get to that, first, a quick breakdown on the types of hair-coloring processes available: temporary lasts for just a couple shampoos; semi-permanent, which is recommended for going lighter, lasts a couple weeks; demi-permanent, which is great for going darker or boosting shine, can last up to six weeks; and permanent stays put till you cut it off. If you’re going darker, which means depositing color rather than stripping it, you can really color your hair as frequently as you’d like, says Jason Backe, CEO of Ted Gibson Beauty and L’Oréal Professionnel Ambassador. It’s a bit trickier if you’re going lighter, though: “When going lighter, you should wait four to six weeks in between color services to maintain it and avoid too much regrowth, which can leave banding in the hair,” says Redken’s Sean Godard. About that: Banding is what happens when you let your roots grow in too much and the new dye overlaps with your old color, creating a telltale horizontal “band” around the head near the root. If you’re platinum, it’s doubly important to not to overlap color, since stripping or bleaching the hair can equal major damage. 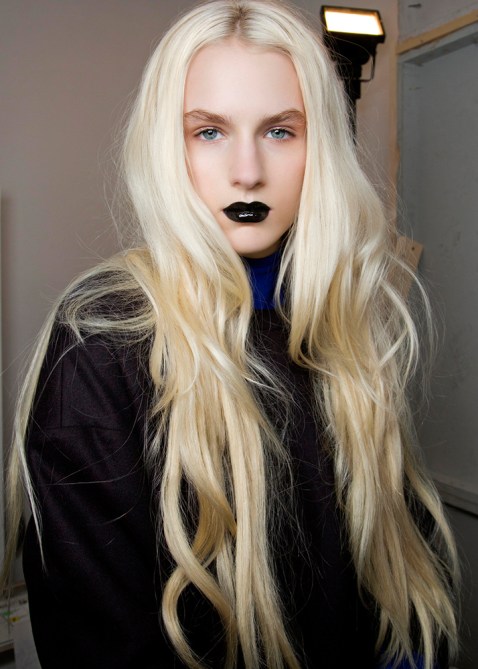 But Godard says that someone going one shade—or level, as the pros say—in either direction could ostensibly head to the salon every week if they wanted to, depending on the service. “Using an acidic, demi-permanent color like will never damage the hair,” says Godard, who recommends Redken Shades EQ, naturally. (This is what I should have been doing when I was trying to disguise my dead ends.) “It’ll actually add lots of condition and shine.”

And over-doing it won’t make your hair come out in clumps like my mother warned, but permanently dyeing your hair too often could lead to mid-length breakage—and you run the risk of the color not taking, says Lorean Cairns, the co-founder and creative director at NYC’s Fox & Jane Salon. Although the ends of your hair are more porous, and therefore absorb more color, “once it’s is depleted of nutrients by over-dyeing, the hair color pigments won’t have anything to grab onto within the hair shaft,” she says. “This loss of structure within the hair can create a vicious cycle: Your color fades, so you want to color it more, but that can create color fade, as you’ll begin to damage your hair.”

You can avoid this by keeping your hair healthy with color-safe shampoos and conditioners, as well as making sure you’re staying out of the sun, or using a UV protectant like Living Proof Restore Instant Protection Spray when it’s unavoidable. You can also request an in-salon treatment, like Redken pH-Bonder or L’Oréal Professionnel Smartbond, which can preserve the integrity of the hair.

So, as a rule of thumb, listen to you hair—and your colorist—if you think you’re dyeing your hair too much. There’s only one hard and fast rule: If it starts falling out, head to the doctor STAT.