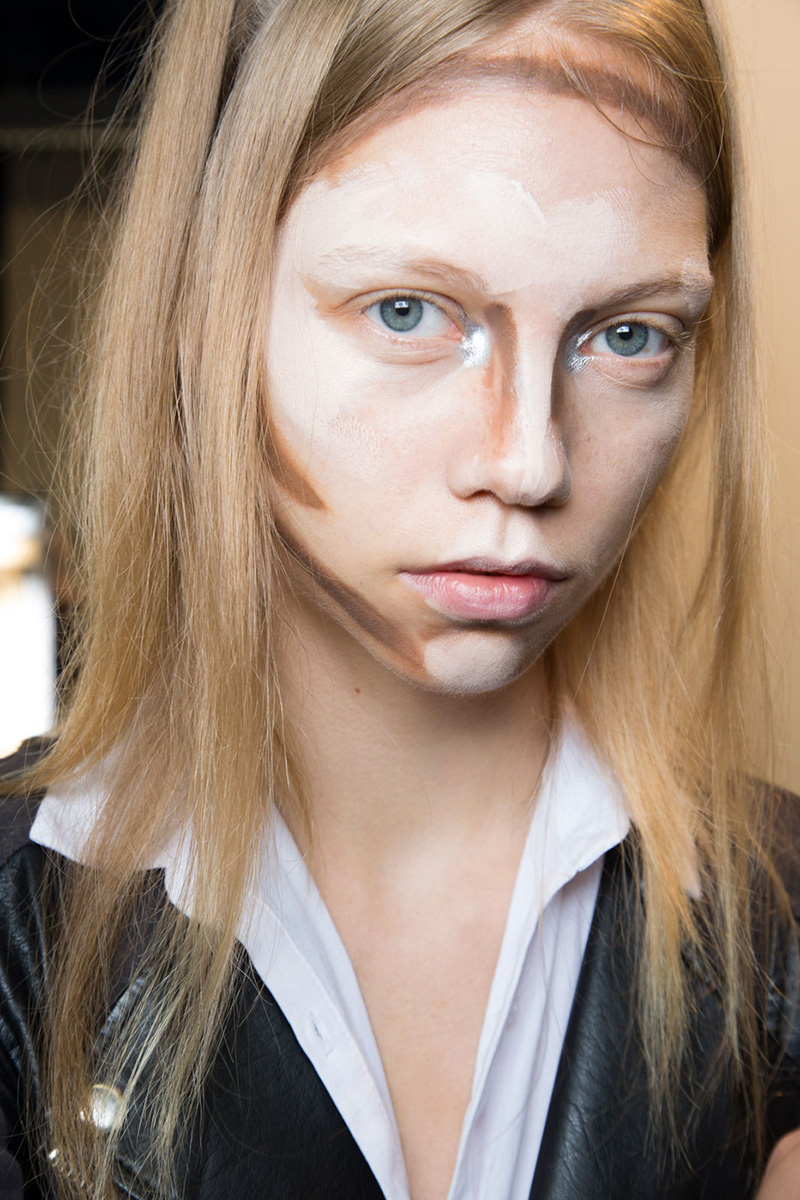 We’re well accustomed to all things weird being walked down the runway during Fashion Week—after all, second only to debuting a collection so good it makes jaws drop, a totally OTT beauty look is the best way to ensure that you will be talked about.

Hood by Air is one such brand, a relatively young line with hair and makeup that, season after season, is equally as compelling as the cool, street-smart clothes. That said, we’re pretty sure they outdid themselves at Sunday morning’s Spring/Summer 2016 show, sending models out with faces that bore the mark of one of our personal worst beauty fears: visibly made-up contouring.

Makeup artists painted broad, messy strokes of brown, beige, and white that, when blended, would have emphasized and flattered the models’ (genetically superior) bone structure, but rather than buffed away into a natural finish, the lines were left untouched. The result is… noteworthy, and also way more unsettling than we could have imagined. 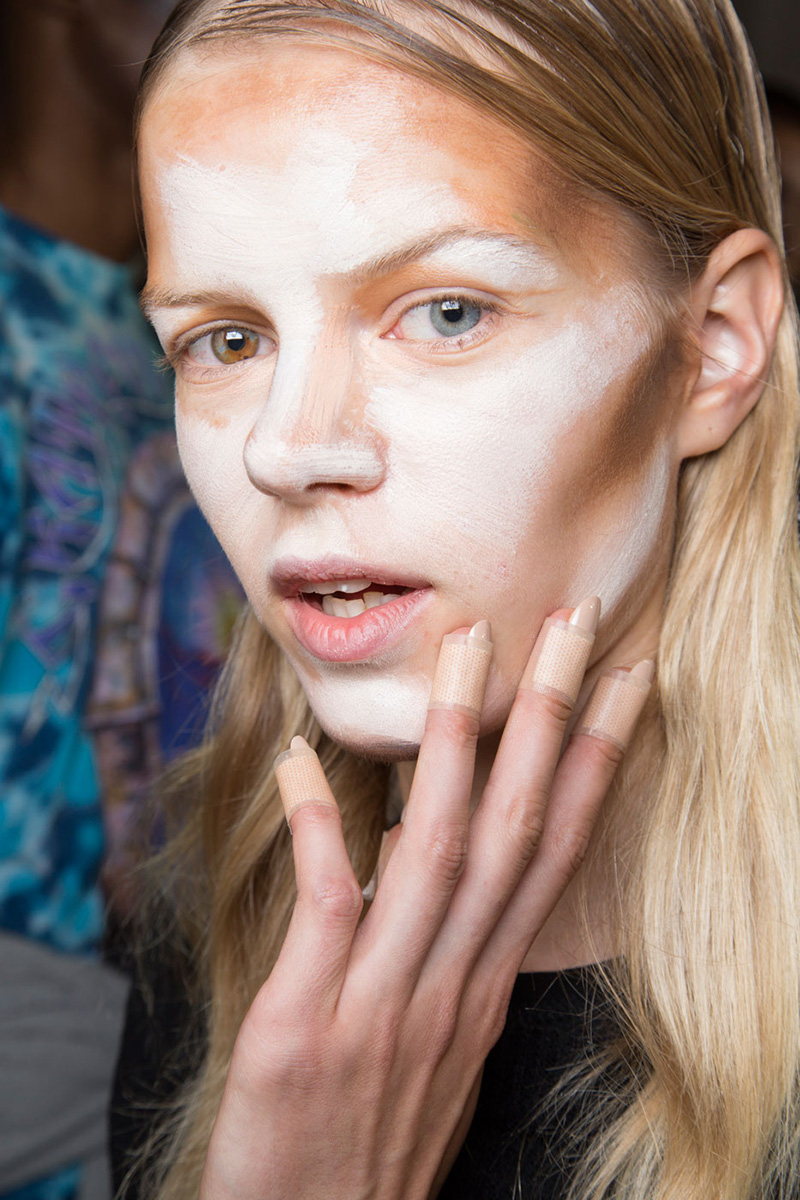 The rest of the look was similarly unusual—fingertips wrapped in bandaids and hair parted in painful-looking zigzags meant to mimic scarring—so it’s safe to say that we won’t be attempting to parlay the runway “beauty” into anything DIY-worthy, but man, if this is really how we look in the mornings pre-blending, we’re going to be painstakingly careful with our sponges from now on.