A few weeks ago, I found the first trace of blackheads on my chin, ever. Even though it was just a few in a lonesome cluster, and even though I could only really see them if I looked up close, I scoffed at them the same way someone might look at someone intruding on your personal space on the subway. I know it’s a first world problem—and even then, not a big one—but as someone who takes obsessive care of my skin, these few blackheads sent me into panic mode. I needed to obliterate them STAT.

Though I should know better, I went to town with a charcoal mask, then a physical exfoliant, and then a chemical one; when all three combined, it was perfect storm of irritation. I left my chin raw and in a few days, not only were the blackheads still there and practically laughing at me, but dry flaky skin was now surrounding them. Fun times!

As I searched through my skin-care arsenal for something—anything—that might calm my skin down, or hydrate it, or make the general grossness go away, I landed on dropper of Herbivore’s Lapis Facial Oil. Within hours, my skin was on the mend—less red and painful to the touch—and within two days, the flakiness that would usually take about a week to dissipate was almost undetectable. I attributed it to magic, but my derm told me it was probably the blue tansy in the face oil.

Never heard of it? Even though you’ve probably double-tapped on it at some point—the tourmaline-colored oil is super-Instagrammable—it’s not yet widely recognized. Known as Moroccan chamomile and might be listed as “tanacetum annuum” on a skin-care product’s ingredients list, blue tansy is an oil that’s “loaded with the antioxidant azulene, which calms inflammation, be it from dryness or environmental damage from UV light exposure, or pollution,” says dermatologist Joshua Zeichner, MD and Director of Cosmetic and Clinical Research at the Department of Dermatology at Mount Sinai Medical Center, who says it’s great for all skin-types. 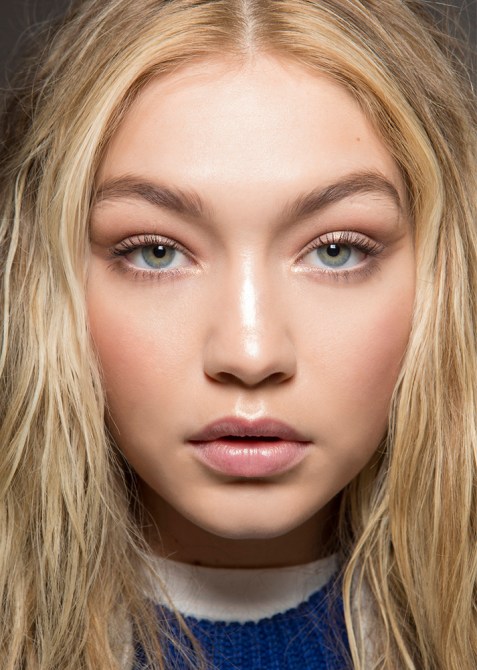 So that explains why blue tansy works wonders any time my skin’s in freak-out mode, like if I OD’d on the retinol, or mixed an irritating cocktail of products, or if the weather turns my skin flaky and dry. But how, exactly, does it stack up against other skin-soothing ingredients like aloe, shea butter, or coconut oil?

The latter explains my jawline has cleared up over the past few weeks, and possibly why my skin is insanely glow-y, if I do say so myself. And if it wasn’t enough of a wonder product, Zeicher tells me blue tansy is also a powerful anti-ager. Ahead, we culled six skin-care products packed with blue tansy oil to add to your routine STAT.

MORE: The Cheap Moisturizer This Victoria’s Secret Model Swears by for Glowing Skin

The holy grail, if you ask me—it cleared up my irritation quickly. Chiu recommends it for dry skin, thanks to its mix of blue tansy and jojoba oil.

Herbivore Lapis Oil, $72; at The Stell

This coddling cleansing balm is packed with hydrators like squalene, essential oils, and blue tansy to moisturize while it removes makeup.

Hella expensive, sure, but the “lavender and rose in this oil, along with the blue tansy,” says Chiu, “are great for irritated or skin suffering from inflammation.”

“This is ultra-moisturizing and calming; great for dry skin,” Chiu says.