Even though most of us are inside on safer-at-home orders, summer is around the corner. That has us craving bright nails and fresh, warm weather-friendly makeup. Harry Styles’ “Watermelon Sugar” pink nails are at the top of that list. Unless you’ve been living under a rock (or you know, have been busy), you’ve probably watched Styles’ ultra-fun video—a few dozen times. It does have more than 11 million views in just 24 hours. It looks like Styles has a hit on his hands.

In the video, the pop star (and friends!) writhes around on the beach eating watermelon, strawberries and raspberries. It’s sexy as hell and obviously filmed before the pandemic as there is a lot of touching. Styles is wearing an eclectic, very Harry Styles ‘fit of a crochet tank and loose maroon pants, though he changes into ripped jeans towards the end of the video. But it’s his nails that we spotted first. They’re the perfect watermelon, bubblegum pink. 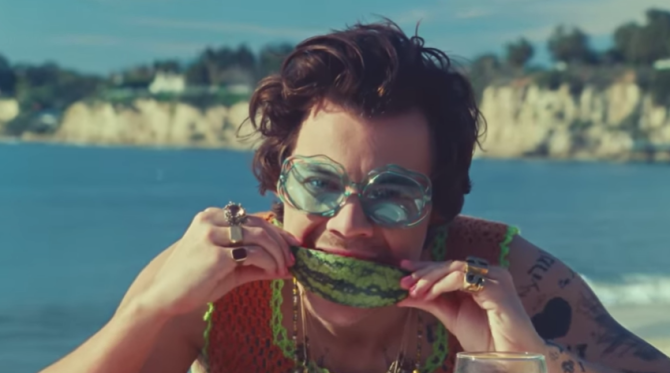 He added tons of chunky rings and oversized blue glasses. 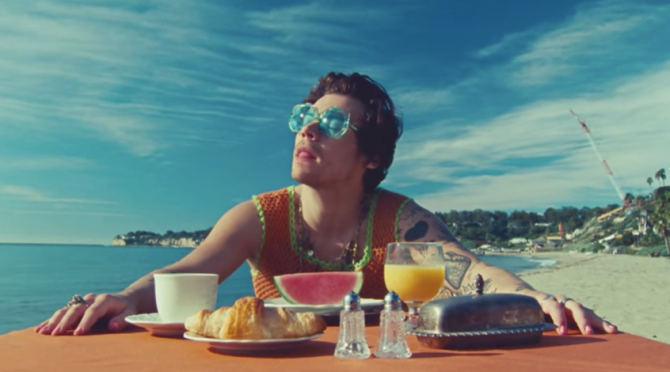 We don’t have confirmation on who gave Styles this perfect manicure, or what nail polish shade that is, but it’s possible the look is courtesy of artist Britney Tokyo. She’s responsible for Styles’ other killer nail art, including the fruit manicure she gave him for his performance at The Forum in Los Angeles back in December.

Who would have thought Harry Styles would be one of the biggest nail influencers of the time?! Watch the entire video, below.