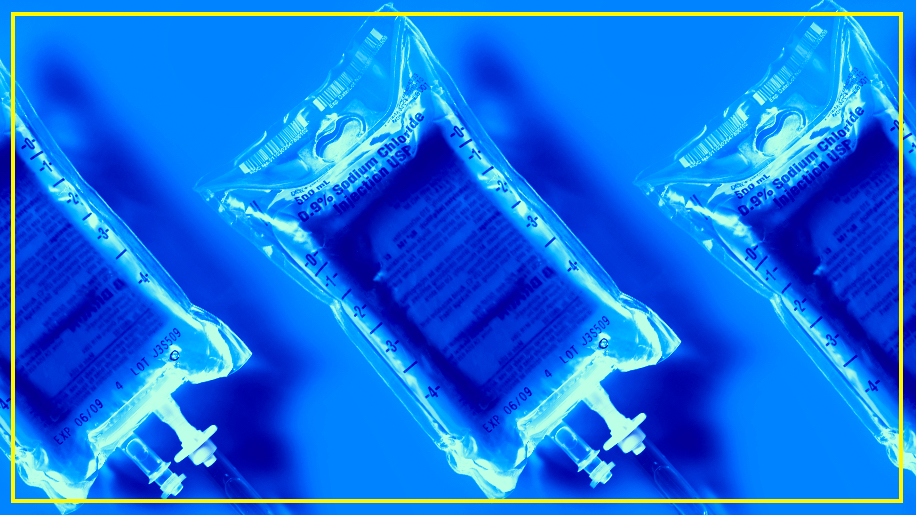 Last night I went to a jazz show and enjoyed the music along with a side of prosecco, vodka sodas, and more prosecco. I’m not usually a big weeknight drinker, but this was in the name of an experiment, and I wanted to do it right. See, this morning I had plans to test out a buzzy—but admittedly drastic—method of curing a hangover: a vitamin-infused IV drip. And to do that, I needed a hangover of the head-thumping, room-spinning variety. So down went the bubbly.

My curiosity about this method was sparked several years ago, when at 21 I moved in with two guys; one was a medical student, one had just received the Dr. prefix in front of his name, and both loved to party. On countless Saturday and Sunday mornings, I’d catch them both sitting in our courtyard, cigarette or coffee in one hand and IV drip in the other as they cannulated in an attempt to bypass the normally inevitable hell that follows a 4:30 a.m. finish and 10 beers too many. Both of these medical professionals swore by the IV drip hangover cure, but I was always too chicken to try it myself, instead resigned to a morning (and in many cases, afternoon) in the horizontal position, parked in front of Game of Thrones and our wide-screen TV. (Jon Snow always eases the pain.)

This week, however, a bunch of activity on Facebook about the first IV hangover clinic launching in my hometown in Australia caught my attention and finally convinced this needle-shy girl to give it a go. A quick Google searched revealed several operators all around the U.S., but one particular service caught my eye: Hangover Club. Pretty sure I’ve earned a lifetime membership to that particular club, and it’s only fair I receive the proper medical treatment.

At around 10 a.m. today, the nurse arrived to give me Hangover Club’s NutriDrip treatment; she set up the IV, needles, and a bunch of serious-looking equipment in our office’s conference room.

It was around then that it started feeling really, really real, and I remembered that I’m actually fucking terrified of needles. A coworker had to sit next to me and hold my hand while I buried my face in the chair and grilled the poor IV nurse. After reassuring me that, yes, she’s a real nurse who works in a hospital most days, and that, yes, she does this all the time, I signed a waiver, braced myself, and waited while she counted down and inserted the needle. 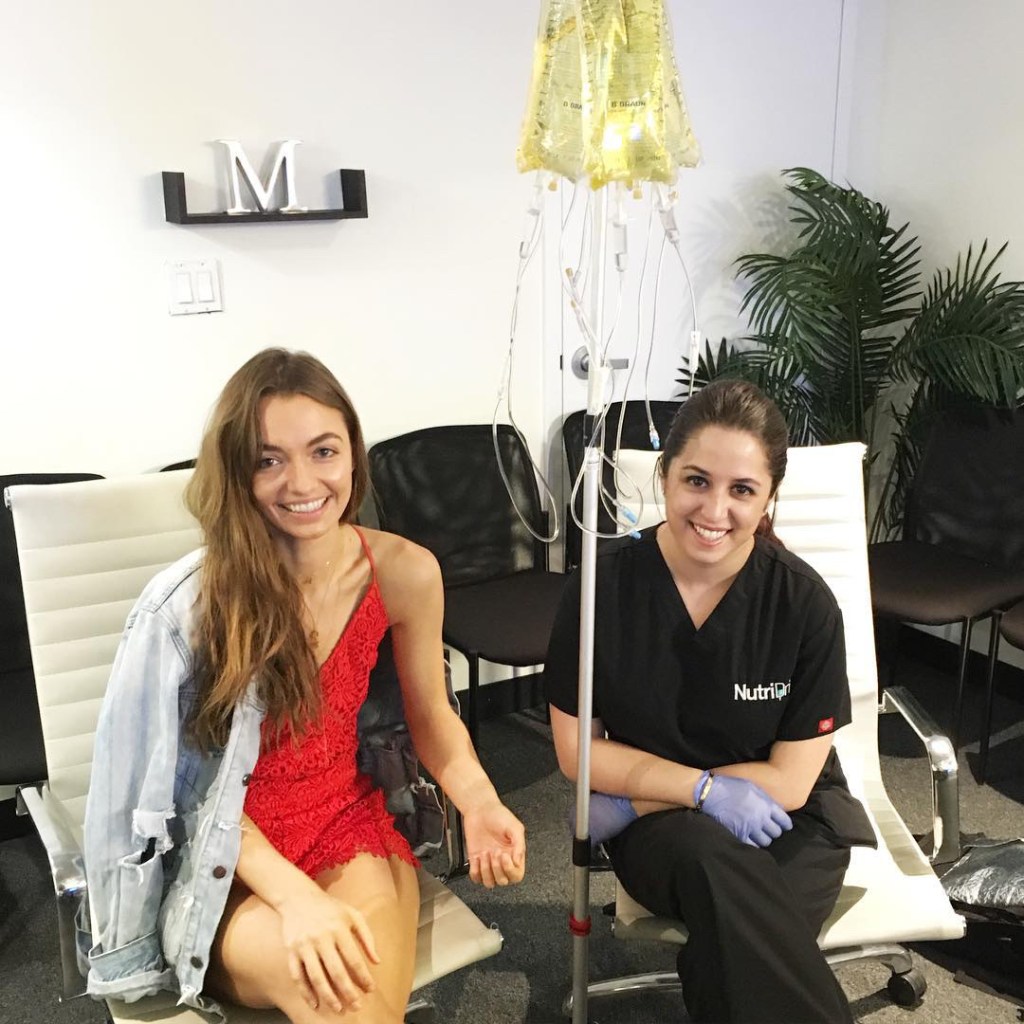 Me, trying to look less hungover and terrified than I really feel.

The sensation was seriously weird. My mouth instantly felt salty, I could smell the vitamins in the drip, and my arm was really, really cold. Discomfort aside, there was the fact that on a scale of one to hungover, I was now barefoot sitting in our meeting room hooked up to an IV drip and trying to Snapchat with one hand (Jasmine 0, prosecco 1). But after I got over that, I just felt a kind of dull ache where the IV was inserted, and I remained a little uncomfortably chilly as the 20-minute treatment progressed. “A totally normal response,” the nurse reassured me.

Asa Kitfield, the founder at NutriDrip, explained why the treatment is so popular and effective—admittedly, usually in apartments or hotel rooms following weddings or bachelor parties, not in office conference rooms.

“Alcohol is a poison, and it causes your body to use up stores of important vitamin and minerals such as thiamine (B1), methylcobalamin (B12), ascorbic acid (vitamin C), and magnesium,” he explained, adding that these are the nutrients delivered directly to the bloodstream via the IV treatment, which is why it can make your hangover disappear, stat. “Depleted levels of these vitamins and nutrients will cause fatigue, impair brain function, and cause irritability. It then will prevent your body from absorbing these nutrients after eating or taking supplements while the alcohol is still in your system.”

The service is completely on-demand, so you can book a treatment straight after a big night and have it performed literally one hour later.

To hurry up the treatment, my lovely nurse, Isla, added a pressure bag over the fluid to force it in quickly, and that’s when I started getting strangely cold. But, after it was all over (about 20 minutes), I felt considerably more human than I did previously. Some colleagues even commented that I seemed super zippy, animated, and perkier than usual, and my nausea that had been lingering since around 6 a.m. completely disappeared. About an hour later, I was back to my normal self. However, another coworker had the same treatment, and it didn’t do much for her wine-induced headache.

There’s probably only one reason why I wouldn’t get this treatment every time I drank too much, and that’s the cost. Recovery packages start at $175 including the price of a nurse coming to your house, but the full vitamin infusion that I received will set you back $249—which could make a big night out a really expensive event, really fast.

Still, if you’re out to splurge, or dropping $200 is NBD, this honestly is the fastest (and probably only) way to get rid of a hangover.