I’ll be the first to admit that based on the number of times a week I say, “oh my god, this thing changed my life,” it would seem as though I’ve had approximately one-million life-altering revelations so far. But, if we’re being honest, I can say that I’ve truly only ever had one. And it wasn’t over the insanely good pizza I ate last week, or the airbrushed-looking foundation I just bought—it was the time I got my skin scrubbed at a Moroccan bath house, and it really, truly, completely changed my life. Or, at least, my skin.

MORE: The Easiest Step-by-Step Fishtail Braid Tutorial Ever (in 4 Gifs!)

When I visited Morocco while studying abroad last spring, I got the chance to go to a hammam, a.k.a. a public bath house, and it was pretty much the most culturally different, eye-opening, and skin-softening experience I’ve ever had. Seriously—my skin felt like a newborn baby’s after being slathered in vaseline and kissed by a bunch of clouds. Think of a hammam like a spa, a public jacuzzi, and a steam room, all rolled into one, mixed with a bunch of nudity. Though local Moroccan men and women shower at home throughout the week, they’ll usually head to the local hammam once a week for a deeper, more-restorative cleanse. 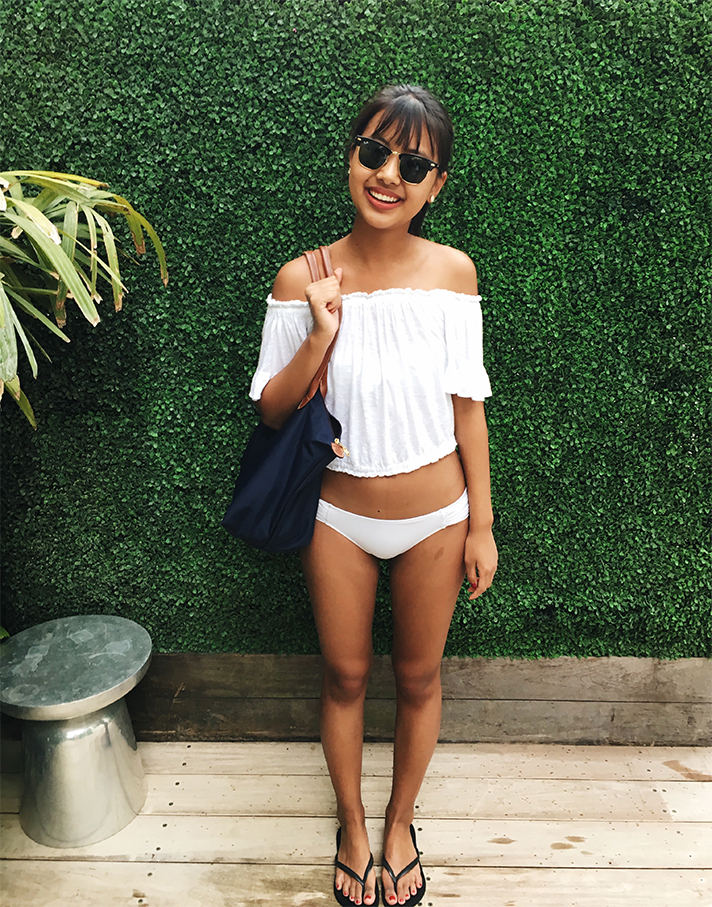 And unlike the trendy, hipster-level spa that just opened down the street from you, hammams have been a cultural staple since the days of the Roman Empire, and they’ve weathered the centuries thanks to their central role in being a “necessary part of the social and economic fabric of urban life in Moroccan culture, even in tough times,” says Stacy Holden, an associate professor of history at Purdue University. Basically, hammams are the very definition of “local watering holes,” minus the booze.

When I got to the hammam, I was handed a bucket, a rough, nubby body glove, and a small packet of greenish-blackish soap before being led into a large, open room, where we were instructed to strip down and store our stuff in cubbies. I quickly learned that modesty and hammams do not go hand in hand. After anxiously changing into a bathing suit in the corner of the room, we entered the incredibly warm bathing section of the hammam, where women and children of all ages sat topless, or totally nude, on plastic stools and mats on the ground, not unlike what you see in this 19th-century painting. 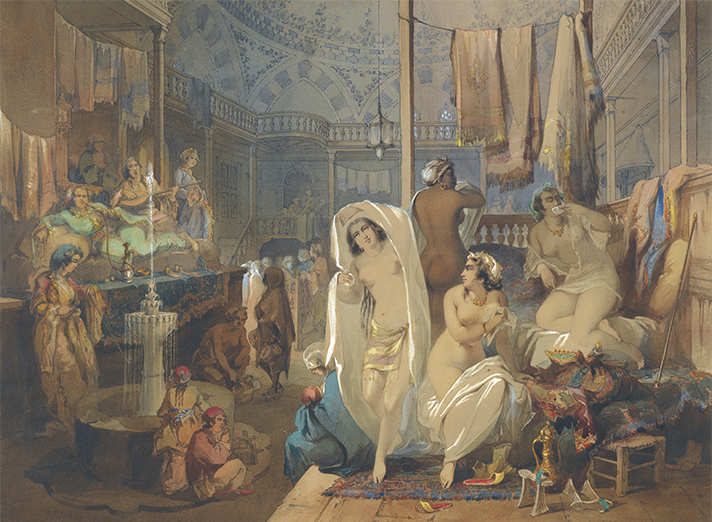 I filled my bucket with water from faucets at the other end of the room (it felt like a tiled mausoleum, but with a giant drain in the middle, and approximately 300-percent more humidity), and tried to wash my hair and body like “normal”—whatever “normal” means, considering I’ve literally never bathed out of a bucket before, before an advisor told me to spread the packet of soap over my body and start exfoliating with the special body glove, called a kessa mitt. And this, guys, is where the magic happened.

As I scrubbed, little gray balls of dirt and dead skin cells started rolling off my body. It was like I was (painlessly) shedding every dry patch and rough bump I’d ever had, which I know sounds totally disgusting, but was actually extremely gratifying. This was the moment all the uncertainty had been leading up to, the otherworldly sense of cleanliness that hammams were known for. By the time I finished scrubbing my body—and the backs of a few of my friends—my skin was seriously softer and smoother than the world’s finest piece of angelic silk. Red and raw, yes, but glowing with the light of one-thousand candles, a look that lasted for weeks afterward.

By the time I got back to the US, I was already missing my smooth skin, so I tried to recreate the experience at home with a way-too-harsh The Body Shop loofah and a random bar of soap, but the gray rolls just weren’t appearing. So I did a little research and found out that the hammam magic actually lies in the black soap and kessa exfoliating mitt. Moroccan black soap—which is different than African black soap—is basically a chemical peel in a bar, according to cosmetic chemist Joseph Cincotta. 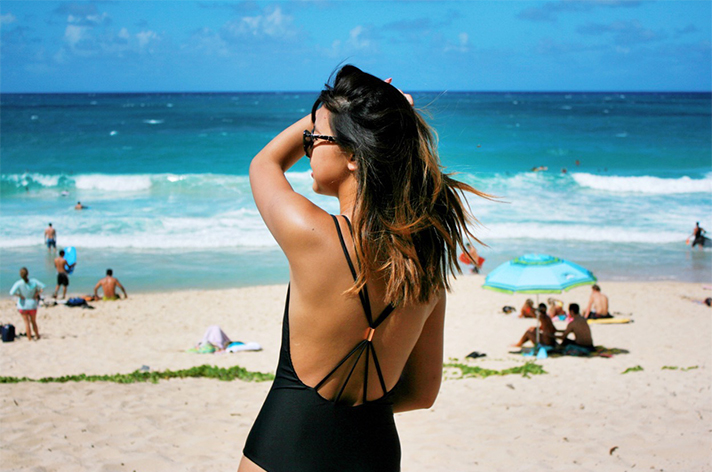 “The soap has a strong potassium hydroxide base, so when it’s applied to your body, it immediately breaks down the top few layers of skin, which is then scrubbed off by the kessa mitt,” he says. “If you just used the soap alone without a mitt, your skin would actually peel off like a sunburn after a few days.” Uh, yes, it’s that powerful. But as long as you just use it once in a while—Moroccans only go to the hammam once a week—you should be totally fine, though make sure to spot-test a small patch of skin, first, to see if you have any negative reactions.

I dug around on Amazon and found a legit-looking bar of Moroccan black soap and a kessa mitt and went to town in the shower, scrubbing and buffing my skin as I had at the hammam. Within a few minutes, balls of dead skin started rolling off my body, and my skin looked and felt incredibly soft again. I felt vindicated, like I had unlocked the secrets of the world in my shower, and immediately bought another set to take back with me to school. It’s been almost a year, and I still can’t believe I lived two decades of my life without a bar of black soap and an exfoliating mitt, because I’m now truly, irrevocably, hooked.

Of course, I know I’ll never be able to totally replicate the results I got at the hammam, since so much of it was also about the experience of being in a historical bathhouse, using the same tools and soaps that had been used and sworn by for centuries. But until I can go back to Morocco to for the real deal, I’ll stick with my makeshift black soap, kessa mitt, and shower—which, if we’re being honest, I way prefer over a bucket and a bunch of strangers. But hey, to each her own, right? 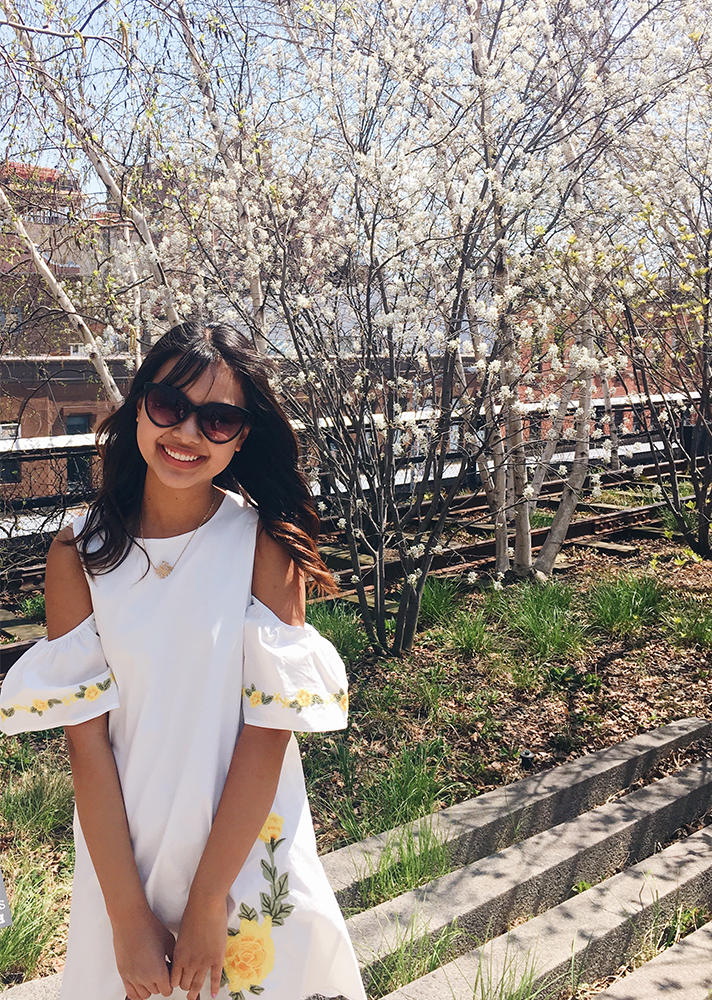 MORE: The 7 Best Sephora Beauty Products to Buy This Week