Earlier this year, I wrote about the painstaking process that was parting ways with my beloved, but terribly damaged, platinum hair and finding my way back to my natural, dishwater-blonde roots. It’s been an emotional journey, but as The Fray profoundly wrote in their 2005 hit song, “sometimes the hardest things and the right things are the same.” During that time, the only thing that was of consolation to me was that I thought it would just be a matter of time and patience while healthier hair grew in.

Fun fact: I thought wrong. So wrong. Shortly after going dark, my hair started breaking off to the point where I was nearing mushroom-cut territory and became a dead ringer for Chrissie Hynde. (I love Chrissie Hynde, but her iconic, choppy shag did not love me.)

I felt helpless in the face of hair that was snapping off like twigs in the harsh winter wind and knew I had to act fast. Chopping it all off into a pixie cut was not an option, or at least an appealing one, so I started considering extensions. 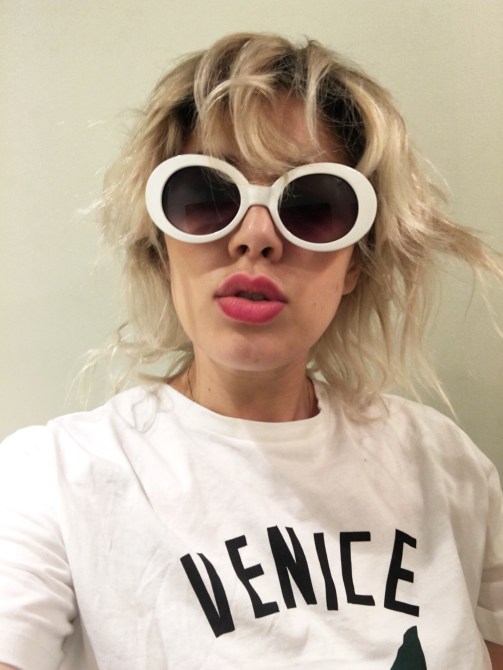 Enter Christina Oliva, who most people may know as “Hair Goddess” and who stars on TLC’s aptly titled reality series “Hair Goddess.” At 18, the Staten Island native started a hair extensions business out of her parents’ garage; now, she’s one of the most sought-after extensions specialists in the world, and recently opened up shop at Olivia Christensen Salon on New York City’s Upper East Side. I knew that if I was going to get extensions, I wasn’t going to trust just any old Joe Schmo to glue bundles of hair to my traumatized scalp.

According to Oliva, there’s a huge black market for hair extensions, wherein people try to pass off Blazers as Rolls Royces, if you will—when, in fact, they’re not even Blazers. They’d be something far less chic: We’re talking hair from a human cadaver, “hair” comprised of yarn and string, or even horse hair.

Now, I don’t know about you, but none of those scenarios sound appealing, and quite frankly, the whole corpse situation sounds like something Sargeant Benson should look into. Anyway, I digress.

MORE: The 30 Most Iconic Hairstyles of All Time 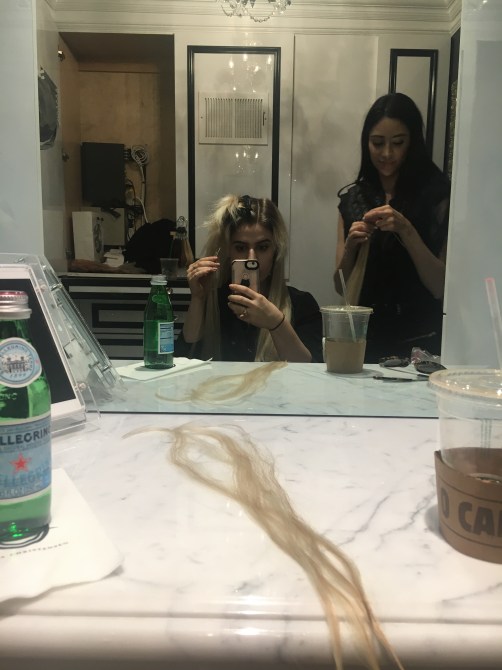 The moral of this story is that one should take care when considering hair extensions. One of the things that makes Oliva so sought-after is not just her skill, but the quality of her product. When I went in for my initial consultation, she decided to use Indian hair that was custom blended to match my color and natural texture. (Side note: It also air-dries with pretty, beachy waves.)

Next came the actual installation. Oliva uses a technique called microbeading, which is far less damaging than extensions that are glued or sewn-in. It was quick and painless. But because of the beads, I do have to be very careful with the products I use.

Sulfates are a big no-no, as are oils and anything that might cause the beads to slip out, such as products containing hydrolyzed silk, wheat protein, or silicone. Since getting the extensions installed, I have lost a few strands, which Oliva reassured me is normal. 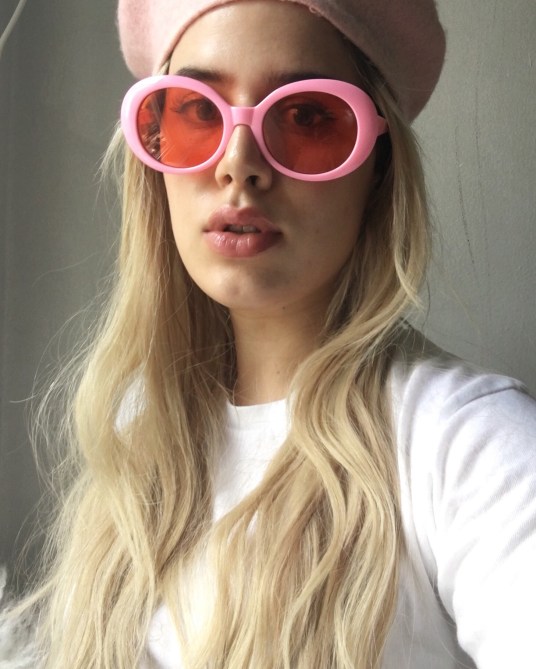 MORE: How to Fix Bleach-Damaged Hair

From start to finish, the whole process took no more than two hours, which is a low-key miracle, considering I went in with just a few fried strands on my head and came out looking like Rapunzel’s peasant cousin (peasant only because I don’t live in a castle… yet).

And yes, getting the hair of any relative of Rapunzel is going to cost you: Oliva’s services run between $500 and $1,500 to alter volume, and if it’s more length you want, you’re looking at a starting price of $1,500 (you’ll get a specific quote during your consultation).

Still, I would tell any woman facing similar same challenges with damage and breakage that it’s thoroughly worth it. Over the past month or so, I’ve felt like a whole new woman—something of a goddess, if you will, and I’ve thoroughly enjoyed whipping my long hair at all parties who lament over how long it takes me to get ready now that I have hair.