Glasses have long been regarded as “geeky” or something you wear only behind closed doors and when you absolutely need them. Since January 2016, Gwen Stefani has been working to erase that stigma with her L.A.M.B. and gx by Gwen Stefani eyewear collections. Who better to do it than a living fashion icon whose influence has been felt since the mid ’90s?

You’d be hard-pressed to catch the 48-year-old singer on an “off day,” but Stefani is certainly not immune to insecurities, one of which is rocking her glasses outside the house. “I started needing ’em, like, right before I got pregnant with Apollo,” she tells StyleCaster. “After I had the baby, it was like, ‘Whoa, I can’t even see when I’m reading my phone,’ and that’s when I started the line, so it’s kind of incredible timing.” That plus her son Zuma, who’s been wearing glasses since kindergarten, ultimately inspired her to get into the eyewear game. 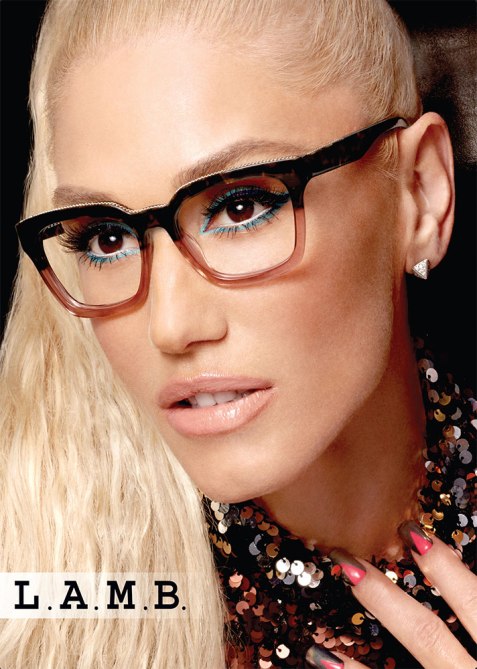 Stefani, who already has her hugely popular L.A.M.B. clothing label, loves that the eyewear category doesn’t “exclude anybody.” You don’t have to be a certain shape, height, or skin tone to wear them, and they can be an extension of your personality.

“I can’t tell someone, ‘Wear these glasses,’ because unless they try them on and see if they work for them, then, it’s just impossible,” she says. “So, I think that’s why it’s kind of exciting that the line—it can’t really sell unless people are buying it because they think it’s good.”

MORE: How to Wear Makeup Under Glasses 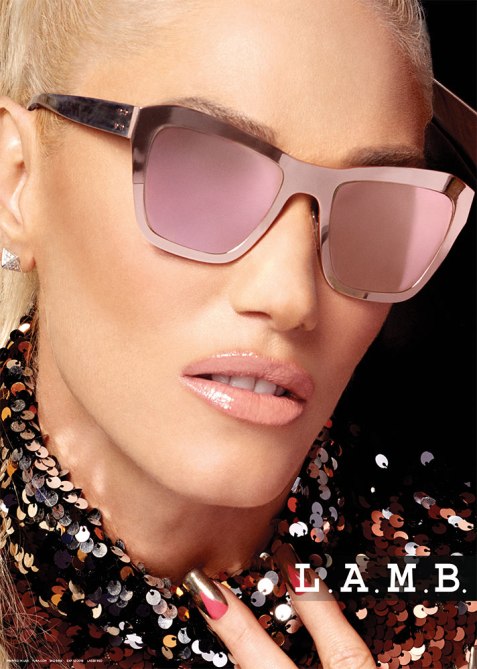 Stefani’s just-released collection runs the entire gamut of glasses shapes; from cat-eyes to circular and square shapes, a hardly surprising repertoire from someone who has an effortless knack for creating memorable style moments. “You want to be cute when you’re in your glasses ’cause it’s kind of that thing where it’s a punishment. Like, you have to wear them, so, you might as well make them great,” she says.

Most designers need inspiration, and Stefani didn’t have to look far. She didn’t see dreaming up cute styles as a huge challenge, so she decided to really tap into what people want to feel when they rock a pair of specs—confidence.

MORE: How to Enhance Your Eye Color with Makeup 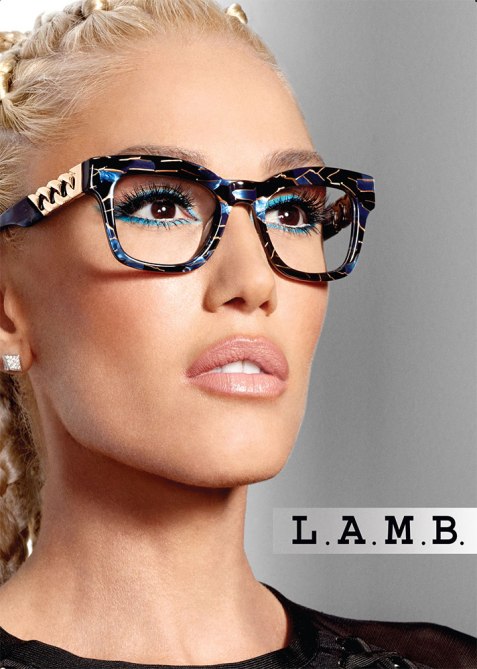 “I know that for sure people feel insecure about it because I know what I feel like and I know that for a child … my son needs to wear them full time,” she says. “He really can’t see without them, so you just want to make something that they feel confident in that is like their personality.” Stefani also took into account that not everybody has the same face shape, which in turn meant she had to steer away from what she describes as her “typically selfish designing point of view.”

For instance, Stefani says that her sister-in-law Jenny Stefani has a “tiny” face, so the bigger, thicker glasses the world so often sees on Gwen aren’t flattering. “I’ll think, ‘Oh, these ones are really going to really work on you,’ and then she puts them on, and I’m like, ‘No, you can’t wear those. You look like—you look like a cartoon,’ so she can really fit into the junior’s line.”

Beyond knowing what shape will work for the customer, Stefani is also cognizant of designs that will complement eye makeup. Whereas most of us will use glasses to disguise a makeup-free face or under-eye circles, she sees it as an opportunity to go crazy with shadows and liners. 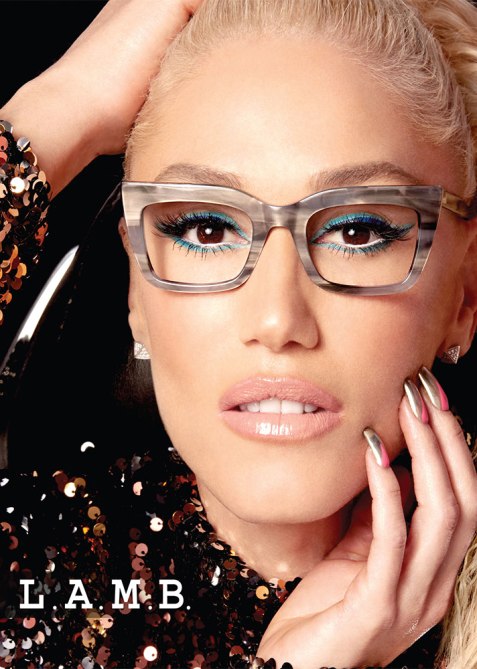 MORE: These Are the *Most* Popular Sunglasses Right Now

“It’s a great excuse to wear more makeup. I really love anything that has a vintage feel. So a cat-eye … any version of it, like straight-up hard liner or, you know, these days I think I do a lot more—like a navy blue,” she says. “If it’s summertime, I’ll do just straight-up black liner on the inside with no mascara.

“When you pick out a pair of glasses, so much represents who you are, and I think that since you have to wear ’em, you might as well make a statement.” We couldn’t agree more.