In case you missed it, Ulta’s 21 Days of Beauty sale is well underway, and the discounts are hard to believe. Already, they’ve put Dermalogica staples at prices so low, we almost broke our jaws looking at them. But that’s just the tip of the iceberg. There’s still about a week and a half of sales left to take advantage of, and today’s featured item is well worth your time.

You might have heard of Grande Cosmetics. The beauty brand’s known for its eyelash and eyebrow growth serums that truly transform the appearance of each in a couple of weeks. But, there’s also a supremely coveted mascara that shoppers love, too. And it just so happens to be 50 percent off today only. The fanning and curling mascara has a specially designed applicator that’s sculpted to shape lashes in one swoop. It curls, lifts and lengthens each individual hair to define and highlight your lashes almost instantly.

Shoppers have a lot to say about this volumizing mascara. Many claim it’s “the best mascara ever.” And say that, thanks to the vitamin-rich formula, their lashes “doubled in length” after using it.

Usually $25, you can shop the reviewer-approved mascara for just $12.50 today only. Be swift, though. This sale ends at the stroke of midnight. Cinderella, we feel you, girl. 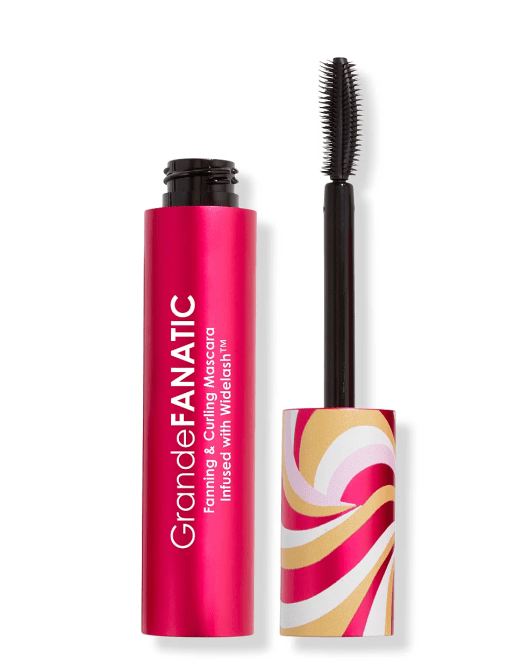 Formulated with vitamin B, biotin peptides and natural wax, this mascara nourishes just as much as it volumizes. According to a consumer study, 98 percent of users saw healthier-looking lashes after a month of using the mascara, while every single participant saw longer-looking lashes. What’s more, 95 percent of people involved say they felt the product “strengthened” their lashes when they used it. Name another mascara that does all of that.

“It transforms my skimpy lashes into full, thick lashes,” explained one reviewer. “It also doesn’t flake or smear, which is extra important to me as I wear gas permeable contact lenses that can’t tolerate irritants. I highly recommend!”

Finding a mascara that doesn’t clump is one thing, but finding one that doesn’t wreak havoc on your lashes is a whole other ball game. Mascaras are known for aggravating natural hair since so many brands’ formulas are sticky and pull out lashes when washed away. This one, however, has panthenols in the formula that locks in your lash’s moisture to prevent lashes from being pulled out.

“My lashes have never looked so long and full,” wrote one five-star reviewer. “This will be my forever mascara!”

Do yourself and your lashes a favor and get Grande Cosmetics’ Fanning & Curling Mascara on this sale before it’s too late. Your falsies could use a break, after all.