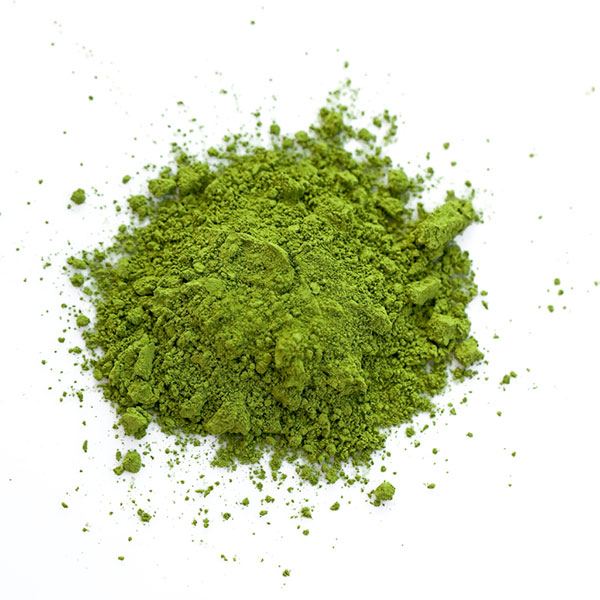 You already know that kale and chia are good-for-you regulars you’ll find in your smoothies, salads, and at times, chips, but there’s a few other ingredients you might have seen making recent headlines for their supposed health, and even beauty, benefits. Many of these new proclaimed healthy eats have been around for ages, but there’s no denying their of-the-moment buzz-worthiness that’s also probably made them standout in your local grocery store, spice aisle, and even corner cafe. Take a look at a few of the foods and that you might just see trending (or still reigning) in 2015.

MORE: The Do’s and Don’t of Hot Yoga

Matcha
You might have seen this as an option under tea lattes at your favorite cafe, as well as well-populated recipe search term on Pinterest. Turns out, it seems like you can put this green tea powder in just about anything, like pasta and chocolate cake. It’s been reported to be high in antioxidants and has even been said to boost your metabolism, making it an ideal agent to add to your diet for weight loss. Models backstage at certain New York Fashion Week shows have even been seen sipping on it. Organic Avenue, a juice and health foods company, even creates a matcha smoothie that’s sprinkled with chia seeds for even more of a boost in nutrition.

Turmeric
So this is more of a spice than a food, and it’s nothing new, but we’ve been seeing a lot of it recently, whether it’s added to a tea or used in your beauty routine. So what’s the buzz behind this item? It’s rich in antioxidants and is an anti-inflammatory, which means it’s ideal for your skin. In fact, it’s been reported that it can protect the skin from signs of aging. It’s making moves on the beauty market, as it can be found in products you can buy, but you can also mix it up on your own and use it as a mask.

MORE: How to Create Your Own Workout Schedule

Fermentation
Fermented foods are said to be spotted in 2015, and we’ve been hearing and seeing a lot when it comes to the importance of probiotics, especially in skin care. You might recall kombucha, which the Mayo Clinic reports is made by adding a yeast and bacteria colony to tea and sugar. And while it’s been said to be rich in B vitamins and antioxidant, experts agree that more research needs to be done to ensure the validity of this. This is not the only fermented option, as many yogurts and other food items boast these benefits.

The Greens We’re Hearing About
2014 was basically the year of avocado toast, right? Sure, it’s had it’s moment, but since this study indicated that the ingredient (avocado, not the toast. Sorry, carb lovers) has amazing health pluses, we really don’t see it slowing down. Another green we’ve been hearing about is seaweed. Versions of it have been making most healthy lists left and right, one being Wakame that an expert explained to TIME was full of antioxidants. According to a ‘Vogue’ superfood list of 2015, kelp, another form of seaweed, might also be popping up for its healthy, metabolism-benefiting components. You have no doubt seen seaweed added into salad, used as a green in a salad mixture in and of itself, and even in the form of chips. Way better than starchy potatoes, right? In addition to snacks, seaweed shows up commonly on spa menus, as it’s been reported to be rich in amino acids, vitamins, and great for your skin.