Whether you tune into awards shows for the grand performances, unexpected award wins or simply to know who’s who in the world of A-listers, you’re bound to find a beauty look that wows. Though there are dozens of celebs who are sure to own the red carpet at every award show, there’s one gal we can guarantee is always far from ordinary, no matter the occasion: Lupita Nyong’o.

From her first appearance on the red carpet in 2013, due to her standout performance in the critically-acclaimed 12 Year A Slave, to now, Nyong’o has continued to slay with head-turning hair looks and flawless makeup. And the 2019 Golden Globes were no exception. From her slinky, bedazzled cobalt-blue fringe gown to her fluttery blue lashes and berry pout, it’s safe to say she killed it again. 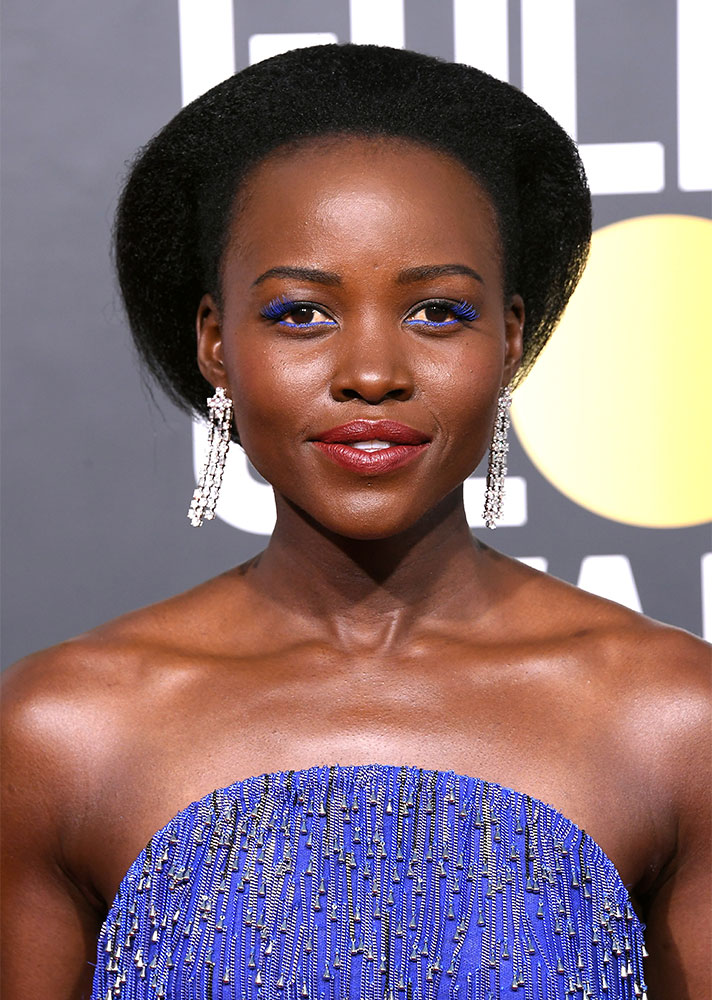 And though we we were obsessed with her vibrant makeup, it was a secret hair detail that made us do a double-take.

From the front, Nyong’o strands appear pulled back and pushed up to create a bouffant-effect, which perfectly pairs with the 80’s vibe she was giving last night. But there’s more to this classic style from behind. Lupita’s tress-master, Vernon Francois, who is the brain and hands behind the star-studded looks, posted a picture of Nyong’o’s hair from the back and we fell in love even more.

Instead of simply pinning or rolling the strands at the nape of the neck, Francois created a tiny plait with what looks like a beaded rope woven throughout. If we didn’t know better, we’d assume it’s the exact Bulgari fringe dangling from her jaw-dropping gown. What we love most about this look is how easy it is to recreate and personalize. So, grab your favorite ribbon, scarf or jewelry and let out your inner-Lupita with an ornate braid in the back, the side or however you please.