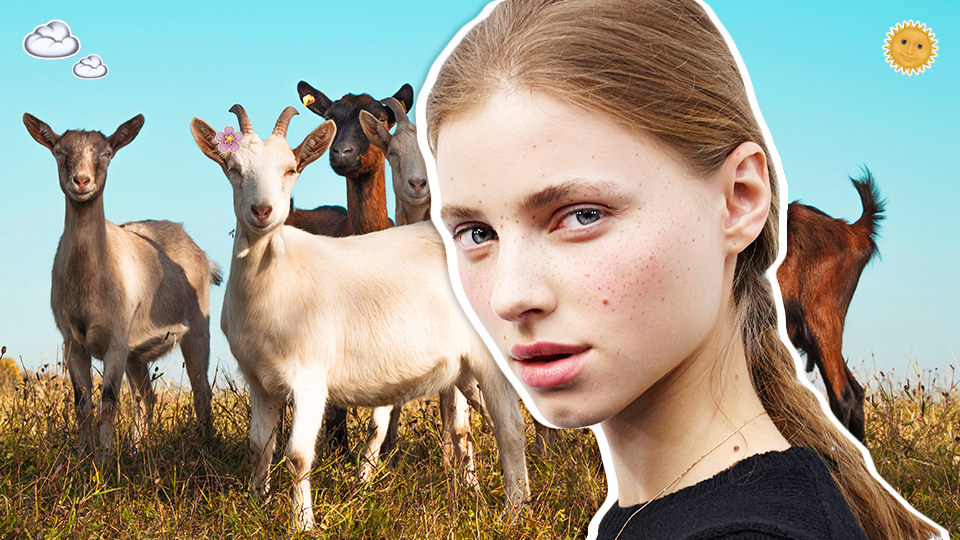 It took me a long time to come around on goat cheese. I can admit now that it’s an acquired taste, but if you had asked me when I was twelve, I’d say that it was the most revolting, armpit-flavored substance I’d ever tried on a tartine forced upon me by my posh step-grandmother and her pale-blue tweed Chanel suit.

But as a fully(-ish) functioning adult open to a wider variety of flavor profiles, I’ve actually grown quite fond of goat cheese. Goat milk, however, is something I’d rather avoid—true, it has significantly more calcium, magnesium, potassium, vitamin C, protein, and vitamin A than cow’s milk and less lactose, too, but I also don’t like cow’s milk as a standalone beverage. They are both things I do not wish to drink. And given goat’s milk’s reputation for tasting “goaty,” I feel OK about not wanting to sip a tall, cold glass of it.

The health benefits and drawbacks of cow’s milk are hotly contested, but goat’s milk fares a bit better: It’s considered closer in structure to human milk, so it’s easier to digest, and it has a slightly alkaline pH, whereas cow’s milk errs on the acidic side. An alkaline diet is all the rage right now with celebrities—Elle Macpherson, for one, swears by it for weight loss and better nutrition—and January Jones recently name-dropped the “milk cleanse.” “Almost every actress I know has tried it,” she told ELLE. “You don’t eat, and you only drink goat milk for eight days … I saw [someone who did it] right afterwards, and she looked amazing.”

If consuming only goat milk for the same amount of time the menorah miraculously burned following the Jewish revolt against the Seleucid monarchy doesn’t appeal to you, there is another way to appreciate its beauty benefits without having to find out firsthand what people mean when they say something tastes “goaty.” Used topically, the lactose in the milk soothes and moisturizes dry skin, while lactic acid has a gentle exfoliating effect that smooths away dead skin cells without the risk of irritation. Consider, too, its wealth of vitamins and essential fatty acids, all of which make it a pretty formidable thing to put on your face. 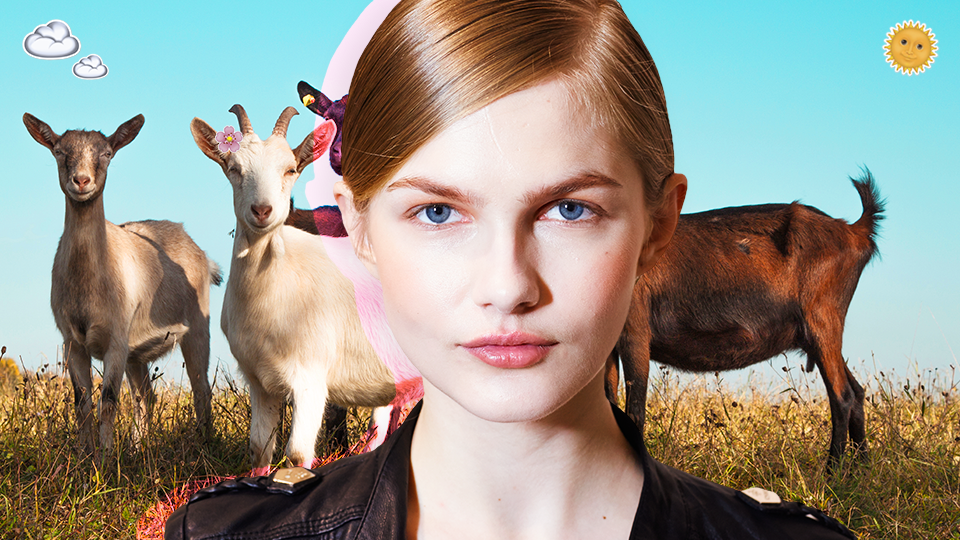 Kate Somerville Goat Milk Moisturizing Cream ($65) has had a cult following for a few years now—in fact, it was the first product to bring goat milk off the farm and into Sephora. Beloved for its hydrating power in a lightweight formula, this cream in particular, a smart blend of goat milk powder, lactose, and milk protein combined with witch hazel and sunflower, coconut, avocado, jojoba, and grapeseed oils, is a perennial favorite, and it’s no wonder.

And then they put it in a cleanser, and this is where things get real. The brand new Kate Somerville Goat Milk Moisturizing Cleanser ($34) is next-level good: It goes on silky smooth and creamy with a texture that’ll remind you of your favorite cleansing balm, and the same makeup-dissolving prowess, too. There’s no lather, and it feels calming and comforting, like that other thing goats are used for (cashmere, BTW).

Though this is billed as a moisturizing cleanser, it’s really for all skin types, because who couldn’t benefit from a face wash that removes makeup, reduces irritation, and hydrates for crazy-soft skin without clogging pores? There’s one more key ingredient, aside from the eponymous goat milk: the antibacterial, anti-inflammatory, acne-fighting and -healing superstar manuka honey. Bees and goats: a match made in animal-byproduct heaven for an innovative cleanser that’ll give you the kind of clear, unblemished skin you usually only see in Dupré paintings of milkmaids in the countryside. Thank you, goats, for all that you do.