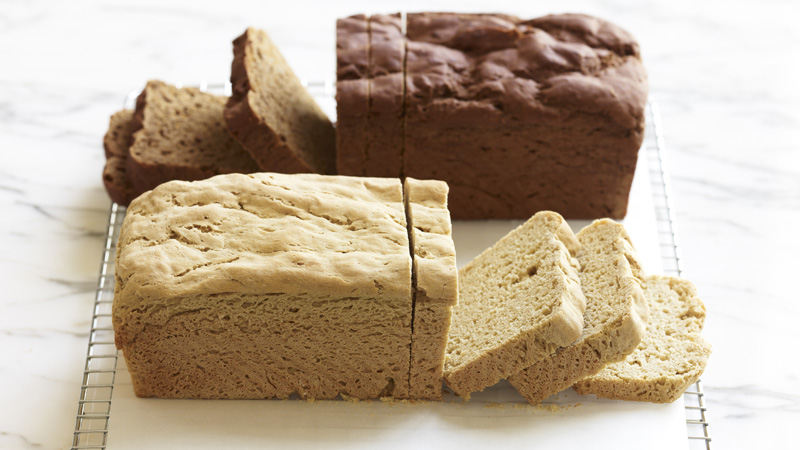 Gluten-free diets are all the rage right now, but how much do people really understand about what amounts to a major lifestyle change? Researchers at the University of Florida set out to get to the bottom of the public’s misconceptions about the buzzy protein that’s found in wheat, barley, and rye.

They had 97 study participants taste-test two types of of cookies and two types of chips, then take a survey about their perceptions of gluten-free diets. Although one option in each pair was labeled “gluten-free” (while the other was marked as “conventional”), none of the foods actually contained gluten. Researchers were trying to figure out if people perceived a difference just because of the labels—even though the items were identical. Subjects didn’t find any significant differences in overall likeability, taste, or texture in any of the food, but they did think products that were labeled “gluten-free” were healthier overall.

The abstract was published in the Journal of Nutrition Education and Behavior (the full study text hasn’t yet been released), and we talked to researcher Caroline Dunn, M.S., R.D., to get the scoop on people’s top misconceptions about eating gluten-free.

Myth 1: It’s a Weight-Loss Guarantee
A full 32 percent of study subjects agree that doctors prescribe a gluten-free diet specifically to bring about weight loss. “People who follow a gluten-free diet usually eliminate a lot of carbs, so it wouldn’t be surprising to see weight loss,” says Dunn. At the same time, the popularity of a gluten-free diet means carb-filled substitutes are popping up, so you still may not see the scale budge if you substitute your normal fare for these stand-ins. “People champion this diet because ideally, by removing a lot of junk food, you’d consume more fruits, vegetables, and lean meat products,” says Dunn. “You can do that without eliminating gluten and probably see some of the same results.”

Myth 2: Your Tastebuds Will Suffer
One of the main findings can be boiled down to the fact that people didn’t see much of a difference in how much they enjoyed the two options. Even though none of the items had gluten, some of them easily passed as regular gluten-containing foods. Participants were also asked to estimate the calories, fat content, and carb content for each sample. The gluten-free and regular options were rated about the same, showing that gluten-free food has been developed to disguise itself well.

Myth 3: Less Gluten Means a Less Upset Stomach
Removing gluten may be the key to a happier digestive system, according to 35 percent of those surveyed. Sure, but only if you have celiac disease or a legitimate gluten sensitivity. “Otherwise, there’s really no evidence that removing gluten from the diet will improve your digestive health,” says Dunn.

Myth 4: You’ll Improve Your Diet
About one-third of the study subjects believe that saying no to gluten leads to a better overall diet. Actually, it can be the exact opposite. “What we’re concerned about for anyone who goes gluten-free, no matter the reason, is that they may be missing out on key nutrients,” says Dunn. Thanks to a government mandate, many products made with grains are fortified with certain vitamins and minerals—so cutting back on gluten means you can miss out on key nutrients like folic acid (it’s essential to helping babies develop properly in the earliest stages of pregnancy). “The majority of individuals the U.S. who are following gluten-free diets are young adult women,” says Dunn. “These are the people who would need folic acid more than anyone else.” Whether you’re pregnant or not, be sure to check nutrition labels to make sure you’re hitting your daily goals.

Myth 5: Gluten-Free Foods Are Healthier Than Their Counterparts
Although 37 percent of people surveyed think gluten-free foods are automatically healthier, that usually isn’t the case. “When products are formulated specifically to be gluten-free in order to replace an existing product, a lot of times manufacturers may have to substitute ingredients since they can’t use wheat flour,” says Dunn. Some of the main things you lose when you take gluten out of a recipe are texture, chewiness, and palatability. An easy way to get those back? Added fats and sugars that may be present in even higher amounts than in the original item with gluten.

Bottom line: Going gluten-free without actually figuring out if your body needs it probably isn’t beneficial and can actually get in the way of your weight-loss goals. “It’s as though every 10 years, we as a society choose to demonize some food and praise others,” says Dunn. “In the ’90s, it was fat, and I feel like we’ve done that with gluten. You can have a healthy gluten-free diet, but your diet doesn’t have to be gluten-free to be healthy.” If you have these potential signs of celiac disease, head to your doctor’s office for a professional diagnosis. Otherwise, consider other weight-loss tactics instead.

Watch People Who Say They Eat a Gluten-Free Diet Try to Explain What Gluten Is
Quiz: Do You Know Which Foods Have Gluten in Them?
Gluten-Free Foods That Make You Gain Weight