When Glossier launched its first balm almost four years ago, it quickly became a cult favorite thanks to its hydrating formula and multiuse capabilities. (It works just as well on elbows and hands as it does on lips.) Since then, Glossier has launched six more flavors—now, seven. Glossier Berry Balm Dotcom is the same lip and skin salve as the original and subsequent shades but with a sheer, dark berry tint. Now, do you think can we get a berry emoji?!

If you’re not familiar with Balm Dotcom, here’s why people love it. The paraben- and cruelty-free formula contains castor seed oil to help keep moisture locked in and beeswax to act as a protective barrier. Cupuacu fruit extract hydrates thanks to Omega-6 and Omega-9 fatty acids, and rosemary leaf extract provides rich antioxidants. Use Original anywhere you need a quit hit of moisture, and the seven others as a lip balm with a light sheen. 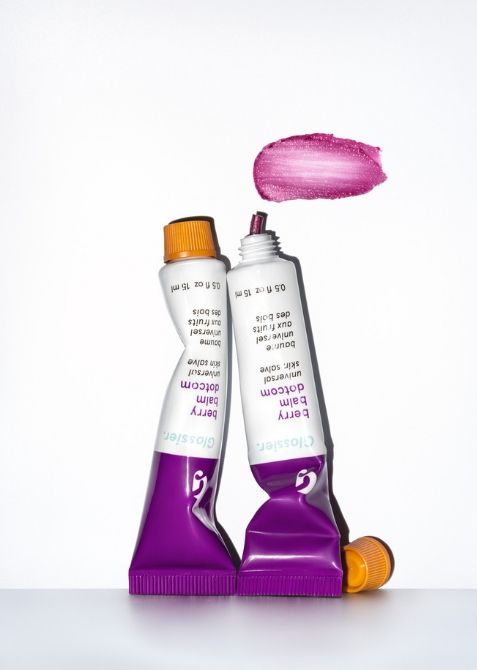 Not only is Glossier launching a new Balm Dotcom, but it’s also offering a set of all eight for $75, which is $21 less than if you bought each on its own. You get the clear Original, Mint and Coconut, as well as Birthday (a subtle holographic shimmer inspired by Milk Bar’s famous cake), Rose (a barely-there pink tint), Cherry (a sheer red tint), Mango (with a translucent coral tint) and Berry (a sheer, dark berry tint). This is for the serious Glossier fan. 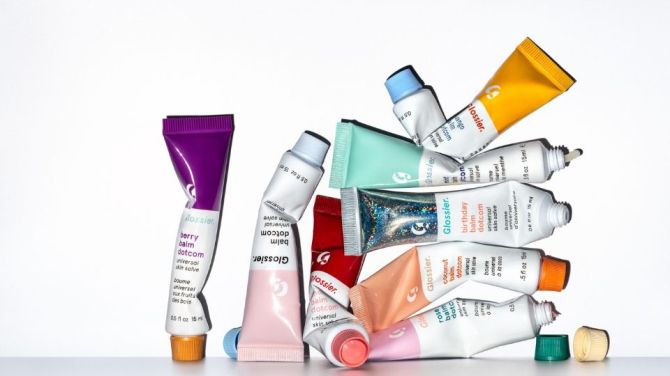 All eight Glossier Balm Dotcom shades are available now. Each tube, including the new Berry, retails for $12 on Glossier’s website.